The US government could be net-zero by 2050

This aligns its 'enormous buying power with the nation’s climate goals.' 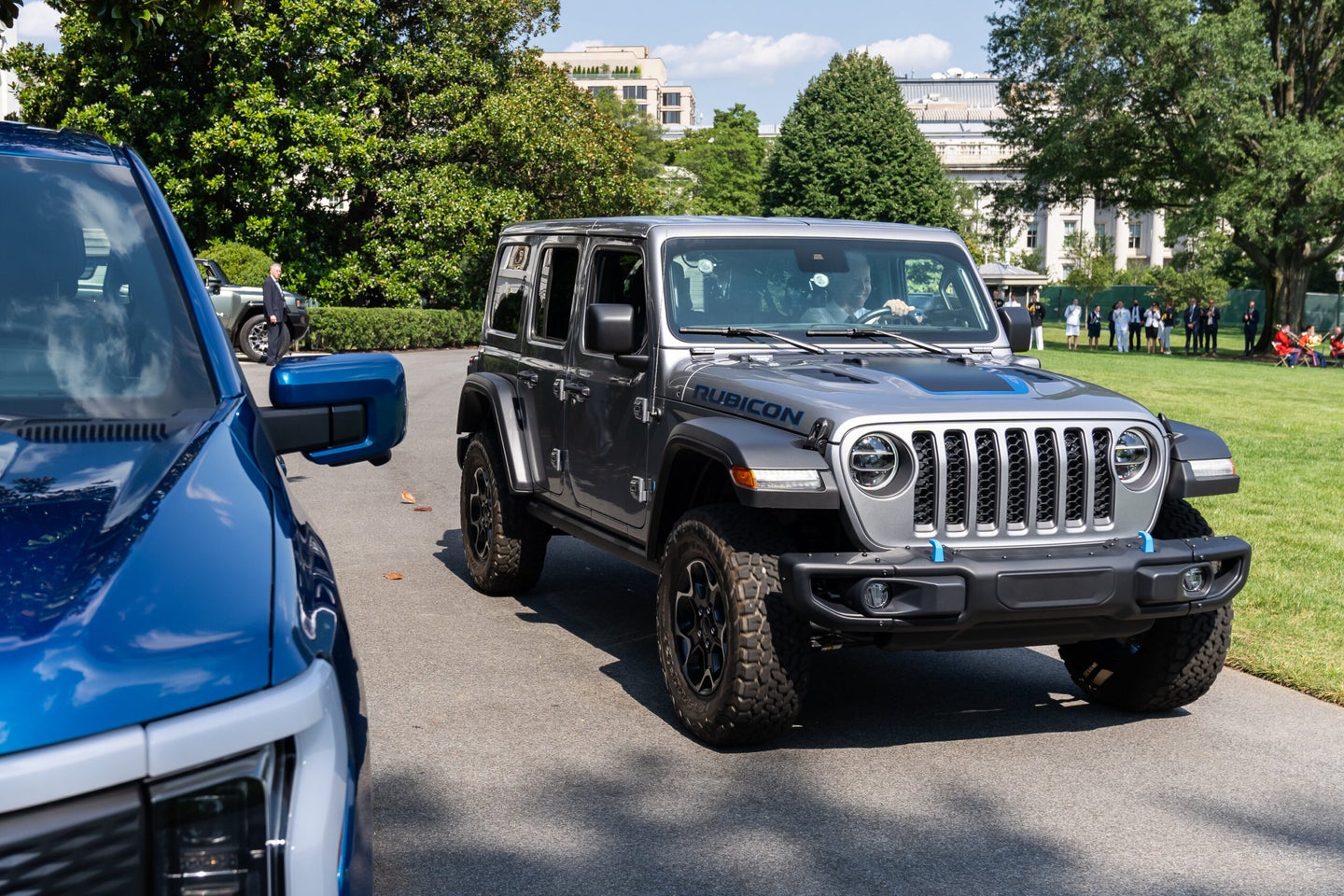 If you want something done right, then do it yourself. Rather than waiting for the private sector to catch on to clean energy, President Joe Biden signed an executive order yesterday that would put the US government on track to becoming carbon neutral in the next 30 years. This means reducing greenhouse gas emissions by 65 percent by the end of the next decade and transitioning to purchases of electric cars and trucks only by 2035.

“As the single largest landowner, energy consumer, and employer in the Nation, the Federal Government can catalyze private sector investment and expand the economy and American industry by transforming how we build, buy, and manage electricity, vehicles, buildings, and other operations to be clean and sustainable,” the executive order states.

The other major goals of the order are switching to carbon-pollution-free electricity by 2030, hitting net-zero emissions from construction materials and other federal acquisitions by 2050, and creating a net-zero building portfolio by 2045.

“The federal government is the largest customer in the world. This aligns the government’s enormous buying power with the nation’s climate goals,” John Bowman, managing director of government affairs at the Natural Resources Defense Council, said in a statement. “Shifting to clean energy—in federal buildings, vehicles, and power purchases—and using clean building materials for infrastructure projects will speed the transition to a low-carbon economy.”

[Related: 4 new myths about climate change—and how to debunk them]

If successful, the market power the US government holds could give a serious financial boost to clean energy technologies—similar to what the Chinese government is currently doing with their 2060 net-zero goals, Joshua Freed, senior vice president for climate and energy at Third Way, a centrist Democratic research group, told the New York Times.

This massive reduction in greenhouse gas emissions would also include the Department of Defense, which emits more than 56 million metric tons of CO₂ each year, a footprint that dwarfs Norway and Sweden’ combined 2020 contributions. Projects are already underway to reach the lofty goals from Biden’s executive order, including the addition of 520 megawatts of solar photovoltaic projects at the Edwards Air Force Base in California and a 100-percent clean energy microgrid at the Pacific Missile Range Facility in Hawaii.

Still, not everyone is happy about the changes. Republican leaders are concernd that the plan will harm fossil fuel-dependent states like Wyoming and West Virginia. “With this action, he’s telling millions of Americans who provide most of the energy we use every day that he thinks they should be thrown out of work,” Sen. John Barrasso [R-WY], who sits on the Senate Committee on Energy and Natural Resources, told the Washington Post.

On the flip side, environmental activists aren’t so sure this action is enough, especially with the Build Back Better plan still sitting in the Senate and Biden recently opening up millions of acres in the Gulf of Mexico for oil and gas leasing. Bill Snape, a lawyer at the Center for Biological Diversity, brought up the issue of timing too: While 2050 may sound soon, the climate change clock is rapidly ticking. “This is like a teenager promising to clean their room in 30 years. We need action now,’’ he told the AP.

Some experts also argue that Biden’s dictate is easy on the fossil fuel industry. “While this executive order lays out noteworthy investments in solar energy and important changes in transportation and energy efficiency, their effectiveness is undermined by the White House’s failures to address the root cause of the climate crisis: fossil fuel development,” Mitch Jones, the Food & Water Watch managing director of advocacy programs and policy, said in a statement. “The focus on ‘net zero’ and zero-emissions goals leaves the door open for expensive and dirty energy infrastructure, including nuclear and fossil fuel-based hydrogen.”