Livestock is a significant contributor to carbon emissions—and now the industry could pay. 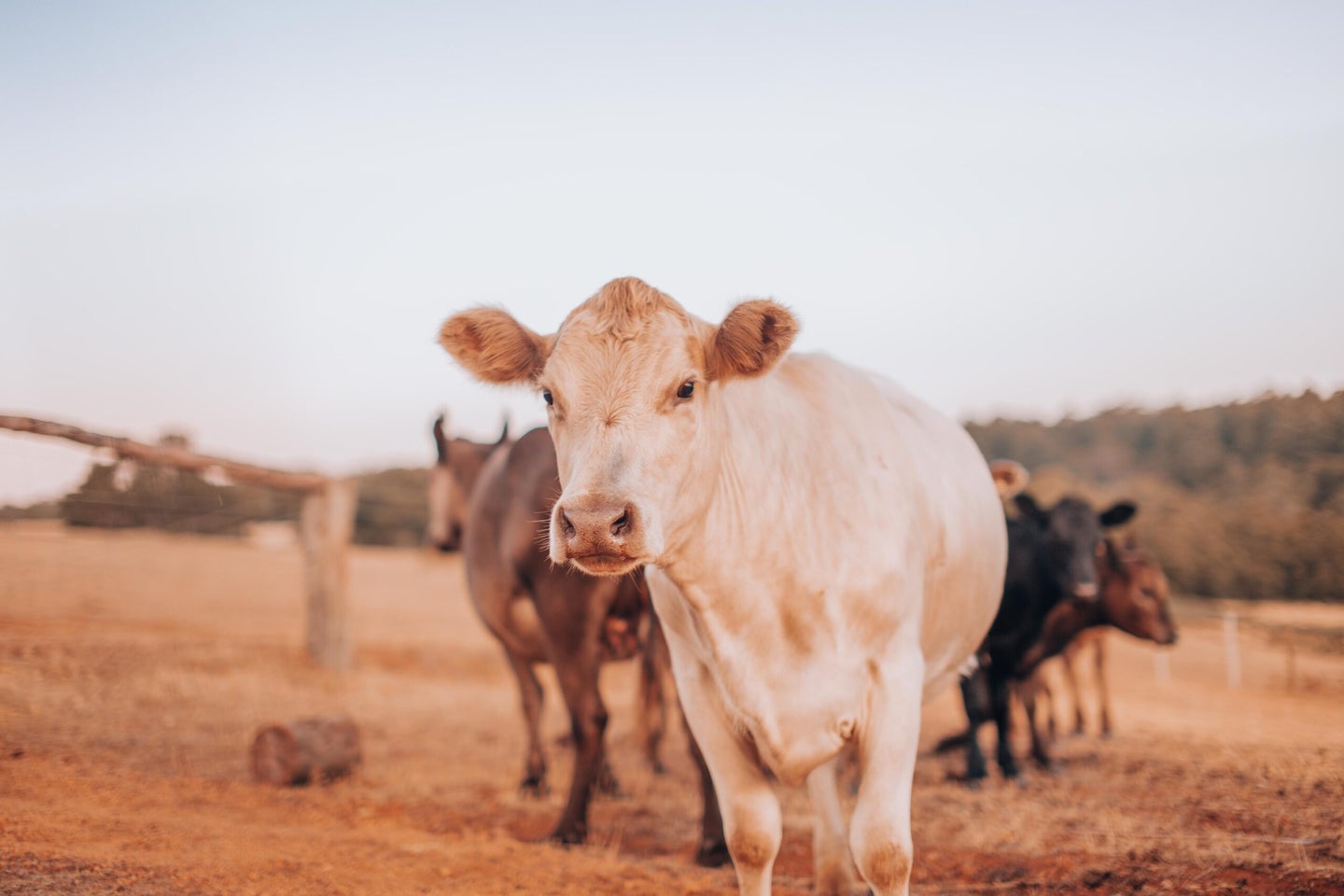 Right now, there are 68 carbon pricing initiatives implemented around the world, according to the World Bank. Carbon pricing schemes apply a financial cost to greenhouse gas (GHG) emissions to try and shift the burden of environmental impact to those responsible for it and who are in a position to reduce it. The goal is to bring down GHG emissions by taxing the carbon content of fossil fuels and creating a supply and demand for emissions allowances.

However, New Zealand is taking carbon pricing to a whole new ballpark—the ranch.

Last week, the New Zealand government announced its plans to impose a farm-level levy on farmers for their livestock’s emissions—the first of its kind around the globe—to meet climate targets. Taxing animal agriculture, which contributes about 14.5 to 16.5 percent to global GHG emissions, can be important in transitioning to a low-emissions future.

Although the levy is far from being implemented, it’s essential to explore how feasible it is to impose and how it would affect farmers, animals, and food.

Methane, nitrous oxide, and carbon dioxide are responsible for more than half of New Zealand’s gross emissions. Livestock supply chains generally emit these through four pathways: enteric fermentation or the digestive process of ruminants that produce methane as a byproduct, feed production, manure management, and energy consumption.

Livestock burps, urine, and manure are significant methane and nitrous oxide sources. These two greenhouse gasses are about 25 and 300 times more potent than carbon dioxide at warming the atmosphere. Feed production is also a big factor because the expansion of feed crops and pastures into natural areas emits carbon dioxide. At the same time, the use of manure and nitrogen fertilizers results in nitrous oxide emissions.

The goal is to set this farm-level pricing system in motion by 2025 to incentivize farmers to minimize their emissions. The revenue will be invested back into the agriculture sector by funding research and technology that may reduce emissions further.

“[Livestock emissions] are currently not priced in the market, and when we buy beef, the climate impacts and environmental costs to society are not reflected in the price,” says Greg Keoleian, director of the Center for Sustainable Systems at the University of Michigan’s School for Environment and Sustainability. “The proposed tax on livestock in New Zealand is a mechanism to internalize that cost and avoid the further expenditures related to climate change impacts.”

There are various emissions reduction strategies that farmers can adopt across the livestock supply chain. For instance, increasing reproductive efficiency (like by reducing the interval between parities) may be beneficial because a more efficient animal retains more dietary nitrogen protein. Therefore there will be less nitrogen in their urine and manure. Improved fertility in dairy cattle can reduce methane emissions by 10 to 24 percent and nitrous oxide by 9 to 17 percent.

That said, enhancing productivity or efficiency must be carefully measured and controlled because it may harm animal health and welfare. More reproductive pressure can increase the metabolic demands associated with pregnancy, potentially resulting in a higher risk of metabolic diseases like clinical hypocalcemia and ketosis, reduced immune function, and reduced subsequent fertility.

Changing livestock’s diet—like adding fatty acids, seaweed, or maize and barley—may also reduce emissions from enteric fermentation. Regularly scraping manure and transporting it to an outside storage facility for pigs and cattle production systems can reduce methane and nitrous oxide emissions by 55 and 41 percent, respectively.

“This program is positioning the agriculture industry in New Zealand to become leaders in reducing methane and carbon dioxide emissions from livestock production,” says Keoleian. “Certifications and labeling could be used to differentiate their farm products in the marketplace for green consumers willing to pay more for lower carbon footprint meat.”

Although the levy proposal aims to reduce GHG emissions, it isn’t as straightforward as it seems.

“There is no doubt the food system in general and ruminant production in particular needs to reduce its carbon footprint,” says Ermias Kebreab, director of the UC Davis World Food Center. “However, the burden needs to be shared by society and not just farmers that are already operating on small margins.”

Sam McIvor and Andrew Morrison, CEO, and Chairman of Beef + Lamb New Zealand, respectively, emailed farmers last week and said, “we will not accept a system that disproportionately puts our farmers and communities at risk.” The Federated Farmers of New Zealand also expressed disappointment with the government’s proposal.

In addition, the policy might encourage some farmers towards less carbon-intensive livestock, such as pigs instead of beef cattle, which can pose a problem from an international perspective regarding beef supply, says Keoleian. “Setting the policy is complex because of how it could impact small versus large producers, trade implications, and how consumers respond, which ultimately drives production and livestock emissions,” he adds.

Regarding regulation, Kebreab prefers the ‘carrot’ over the ‘stick’ approach, which means rewarding positive behavior instead of having the threat of punishment. And research shows this might be a better strategy for newer policies. According to a 2019 Scientific Reports study, positive incentives or rewards are necessary to foster cooperation in collective action for the public good—like international climate change mitigation—while negative incentives like sanctions are more effective for maintaining cooperation after it has been initiated.

Kebreab believes it is a bit too early to implement such a levy on farmers today and suggests setting the goal low and ramping it up later as more technologies and emission reduction strategies become available or adopted by farmers.

For now, the proposal is currently going through a consultation process to get feedback and work through the transition assistance, levy setting, and sequestration. This farm-level emissions pricing system will likely take a while and a bit of refining before being implemented.