Make the most out of the latest, greatest apple—the Cosmic Crisp

Designed for great endurance and even greater taste, this is the fruit that seems to have it all. 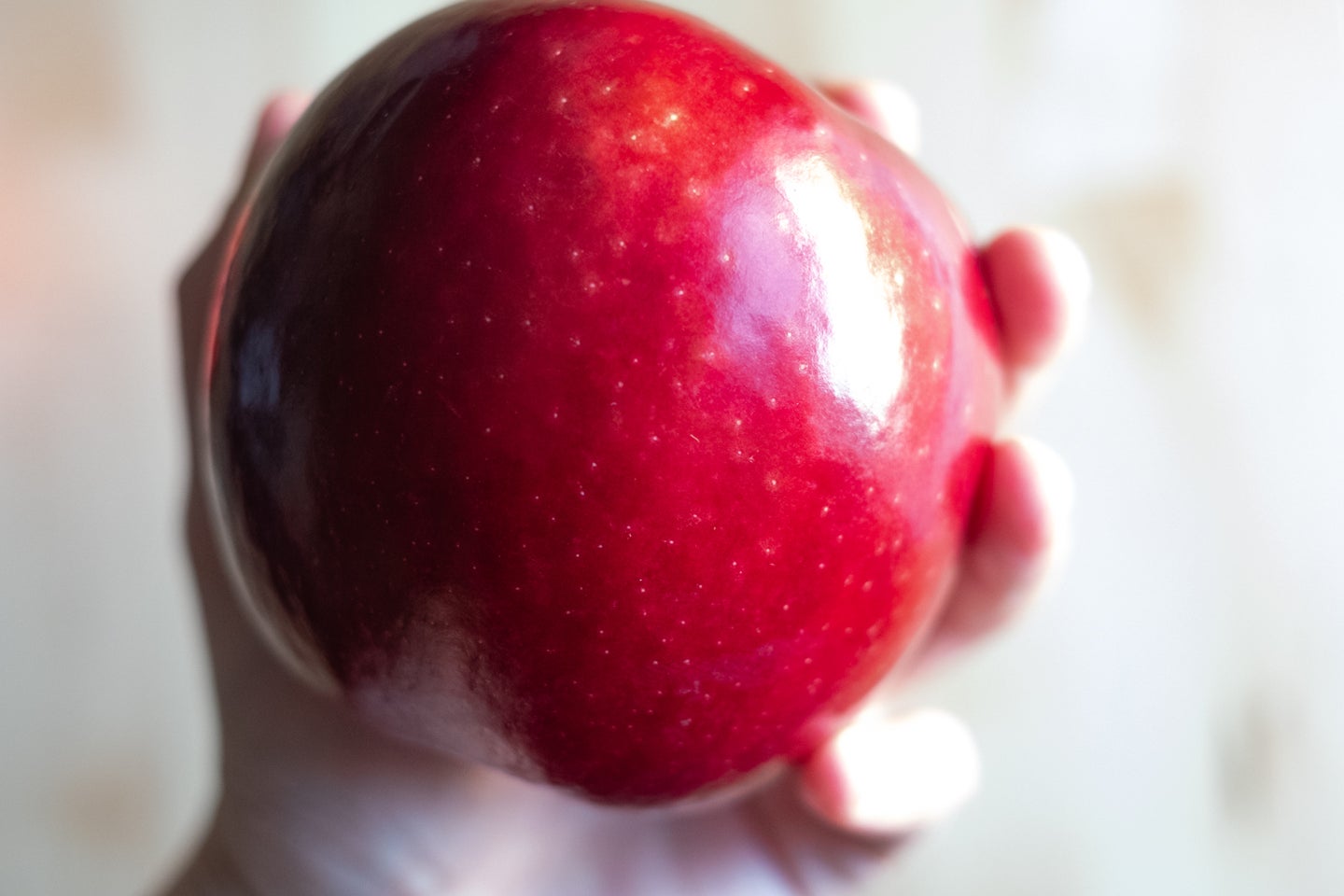 Even an average Cosmic Crisp looks good enough to be on the cover of "Twilight.". A.A. Newton
SHARE

The apple you see in the photograph above is the result of more than two decades of selective breeding with one goal in mind: sheer perfection. Crisp, juicy, sweet, and tart, with a yearlong shelf life and glorious good looks, the Cosmic Crisp apple aims to be everything to everyone.

And though it may seem to have come out of nowhere, the Cosmic Crisp didn’t magically appear in grocery stores overnight. Its long, winding path to market started more than 30 years ago, and is a fascinating look at how a specialty apple gets made.

For about 50 years, the majority of apples sold in U.S. supermarkets were Red Delicious—but not because they taste especially good. This variety is incredibly durable, able to withstand packing, shipping, and extended storage with nary a bruise or blemish. But their main (and, I would argue, only) selling point is their iconic appearance. That deep, even red color, the dimpled bottom, the lacquered skin—all of it adds up to a product that looks fantastic stacked in a pyramid under fluorescent lights. Nevermind the fruit underneath is mealy and bland—the exterior is cute, and cute sells.

Sacrificing taste for appearance may be on its way out, but the tension between them is still a huge challenge for apple growers eyeing wide distribution. Consumers are no longer content with a pretty apple that tastes like wet cardboard—they expect something delicious, and each stage of the production line threatens deliciousness in different ways.

How to invent a new apple in just 20 short years

Bruce Barritt, a now-retired horticulturist at the Washington State University Tree Fruit Research and Extension Center in Wenatchee, Washington, figured there had to be something better. He set out to create an apple bred for flavor and long storage, rather than appearance alone—one that could compete with the crispy, flavorful new varieties on the market, such as the Fuji from Japan and the Gala from New Zealand. In 1981, Barritt started lobbying WSU to invest in identifying and developing that apple.

Creating an entirely new hybrid apple variety is an awful lot like breeding dogs: You start with two parents with known traits, then selectively breed for the ones you want over the course of several generations. Since apple trees take four to five years to bear fruit, growing trees that reliably produce the desired apple is a decades-long project.

But before all that, you need to actually create the seed. The Cosmic Crisp as we know it today began its life as a bit of pollen from a Honeycrisp flower, applied by hand to the stigma of an Enterprise. In 1999, after two years of greenhouse germination, the very first Cosmic Crisp trees were planted, and a few years later after that, they bore fruit for the first time.

According to Barritt, this is when the real work began—he walked the orchard rows, randomly picking apples and evaluating them by taking a bite. “Most were terrible, but when I found one with good texture and flavor, I’d pick 10 or 20 of them. Then I put them in cold storage to see how they would hold up after a few months,” he told PopSci in 2018. Once the fruit had been thoroughly evaluated by the rest of his team—How crispy was it? How firm? Did its sugar or acidity levels change during storage?—the whole cycle started all over again. In 2017, a full 20 years after the first seeds went in the ground, prospective growers could finally order trees of their own.

It’s worth mentioning that Barritt and his team didn’t instinctively know that the crisp texture and sweet flavor of the Honeycrisp, combined with the Enterprise’s disease resistance and long storage, would turn out the way it did—they crossed several other crisp varieties before hitting the mark. Taking all that experimentation into account—not to mention Barritt’s retirement in 2008, when WSU horticulture professor Kate Evans took over the project—that 20-year turnaround suddenly sounds pretty reasonable.

For once, the hype is real

Whenever this much time and money are spent selling something (WSU has allotted $10 million over four years for this project’s marketing budget alone), it’s reasonable to wonder if the product actually matches the expectations.

But when it comes to the Cosmic Crisp—yes, yes it does.

I know my apples, and this is one of the best all-rounder varieties I’ve ever tasted. (If I hadn’t needed to save some for recipe testing, I would have eaten them all by myself.) They’re almost impossibly crispy, with a sweet, strong, fruity flavor that’s tempered by lots of acidity. Cut slices take what feels like hours to turn brown, making them an excellent variety to take to the oven.

To be honest, I’m not huge on baked or cooked apples, but the strong flavor of the Cosmic Crisp and its incredible resistance to oxidation made me think they’d be a great addition to savory meat dishes. So I sliced one up and roasted it alongside a chicken for about 3 ½ hours at a very low temperature. And boy, it did not disappoint.

I fully expected them to turn to mush after such a long time in the oven, but they held their shape—and somehow got tarter and more complex. (They also took nearly 2 ½ hours to even start to brown, which is insane.) A tender yet surprisingly firm slice of tart apple, completely saturated with salty chicken fat, is downright habit-forming. Should you find yourself with extra Cosmic Crisps, but not enough for a pie, do not hesitate to slice them up and serve them for dinner. You’ll be thrilled with the results.