Make A Zoetrope Out Of A Turntable

Legos come to life with this classic animation trick. 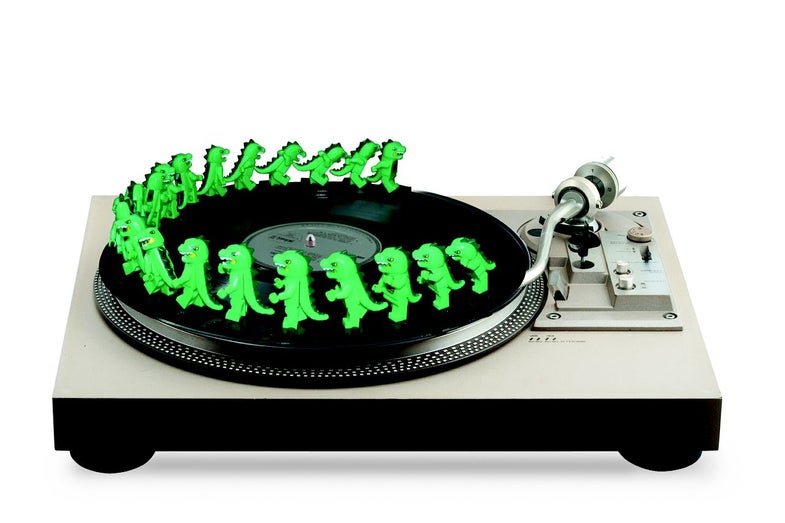 The world saw its first modern zoetrope in 1833, and since its invention the device has paved the way to cinema as we know it. This playful update uses a strobe light to interrupt your view of a series of still objects as they go around and around on a record player—causing your eye to perceive them as if they were in motion. It’s not 1833 anymore, but the effect is still pretty mind-boggling.

STEP 1
Using the protractor, measure and draw lines every 20 degrees on the sacrificial record. Space out the Lego figures around the edge of the record according to these marks, and glue them down.

STEP 2
Put the LEGO figures in positions of your choosing—think about creating the look of continuous motion by carefully changing each one’s position incrementally from that of the one before it.

STEP 4
Adjust your strobe light to flash ten times per second and position it so that it’s pointed at the zoetrope at close range.

STEP 5
Turn out the lights, turn on the record player and the strobe, and watch those LEGO figurines start dancing, running, battling, or doing whatever you want them to do.

This project was excerpted from The Big Book Of Hacks: 264 Amazing DIY Tech Projects, a compendium of ingenious and hilarious projects for aspiring makers. Buy it here. And for more amazing hacks, go here.