4 simple foods you can make on your own

You don't have to spend hours in the kitchen to whip up something good. 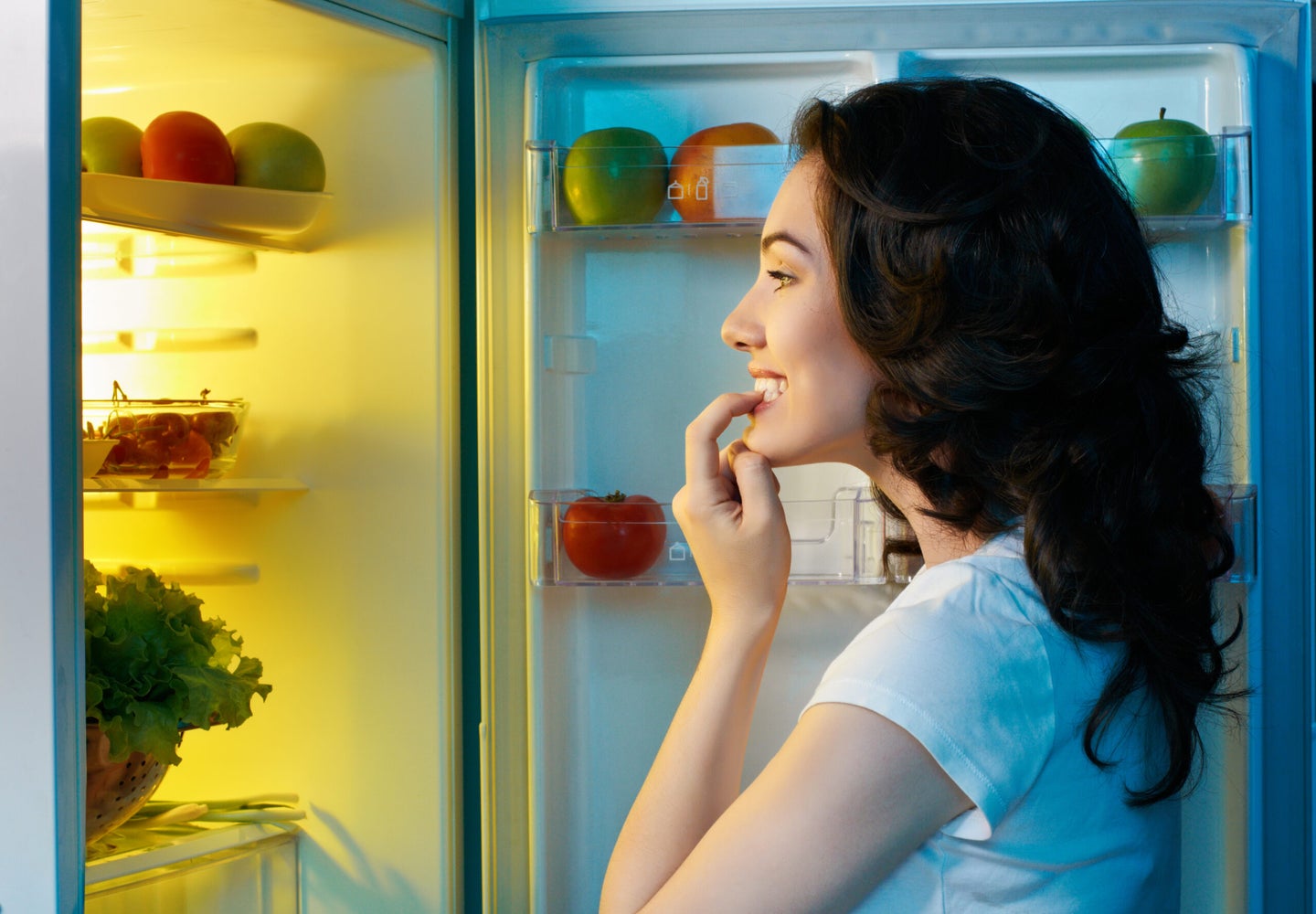 At its most basic, cooking is about transforming raw ingredients into something greater than themselves. Most of the food we eat, even if we make it at home, is made of several ingredients, but there’s a particular satisfaction that comes with making a dish with only a few. It’s the same satisfaction that keeps sourdough bread bakers, for example, hooked on their craft, which only requires flour, water, and sometimes, salt.

The last two ingredients there—salt and water—are present in every kitchen and can easily transform ingredients into better versions of themselves, not to mention give you the joy of cooking at its most elemental.

We’ve compiled four recipes that use salt or water—and, at most, two other ingredients—to create something new out of the stuff you probably already have in your kitchen. The first two recipes take advantage of salt’s ability to draw out moisture, while the next two use water to create emulsions.

Salt-cured eggs have become somewhat ubiquitous on food blogs and Instagram, and that’s because they’re easy to make, visually impressive and delicious. They’re perfect grated over pasta, on fish dishes that call for a savory umami hit, but where cheese would be unwelcome, or sliced thinly over a salad.

If you’re curing a different number of egg yolks, you’ll have to scale the amount of salt and sugar up or down, but it’s important they remain equal to each other. The larger grains of kosher salt are great for drawing out moisture without getting soggy themselves, which is crucial given the amount of moisture in egg yolks.

Once you have your ingredients, mix the sugar and salt together, then spread approximately half the mixture across the bottom of your container. The layer of salt and sugar should be at least 1 centimeter thick.

Using the bottom of a whole, uncracked egg, make as many indentations in the salt and sugar mixture as you have yolks. Now comes the tricky part: carefully separate the yolks from the whites, and drop one yolk into each indentation.

Separating the yolks can be tricky. You could crack the shell in half and pass the egg between the two pieces until the white drops down, or you could crack the egg directly onto your fingers, using them as a sieve to let the white drop through while the yolk remains intact in your hand. Doing it the second way is a bit easier, and less likely to break the yolk, but the first way keeps your hands clean. If you get a broken yolk, don’t worry—as long as it’s contained within its indentation, the curing process will still work.

Sprinkle the rest of the salt and sugar mixture over the egg yolks. You can use your finger to mark where each yolk is, either by making a little indentation on top of the yolk or by drawing a circle around it, for easy access once the curing process is done. Tightly wrap the container in a couple of layers of plastic film, and place it in the fridge for at least seven days.

While you wait, the salt and sugar will work their magic, drawing moisture out of the egg yolks and turning them into solid little jewels of fat and sodium. This works by osmosis, as the water molecules pass through the yolk membrane and into the curing mixture. You’ll notice that after a week, the sugar and salt will be slightly damp.

When it’s time to collect your eggs, use a pastry brush to sweep the salt and sugar mixture off the now-cured yolks, then place them on a plate. Preheat your oven to 200 degrees Fahrenheit.

Fill a bowl with cold water and rinse off any remaining curing mixture that may be stuck to the yolks. Place a wire rack on a sheet plan and transfer the clean yolks onto the rack, then place the whole assembly in the oven. Leave the yolks in the oven to dry out for about 30 minutes. When they’re done, they’ll be dry to the touch and a little glossy. They’ll keep in an airtight container in the fridge for about a month.

Using the same basic concept of salt drawing water out of something, you can transform kale from a hardy, tough leaf to something a lot more palatable.

Tear the kale into bite-sized pieces and put it in a medium bowl. It doesn’t matter if the pieces are irregular and jagged, as long as they’re all within the same size range. Sprinkle the salt over the pieces and, using your hands, grab fistfuls of the kale and rub the salt into it. It should feel as though you are giving the kale a massage.

At first, the kale’s texture will not change much. Eventually, though, the friction from your hands and the salt crystals will start to break down the outer surface of the leaves, and you’ll feel some moisture. The color will also change from dark and dull to bright and shiny. Stop rubbing when the texture feels soft, but before it starts to turn slimy.

That’s it—the kale’s ready to eat. You can dress it with a little olive oil, put it in a salad, eat it as a standalone side dish, or add it to a bowl of grains. As a bonus, you can use this technique with any hardy vegetable, such as chard, Brussels sprouts, cabbage, and even carrots.

As an ingredient, tahini can be beautifully chameleonic, able to star in both savory dishes like hummus and sweet desserts like halva. It can also be easily turned into a quick sauce for dipping raw bell peppers, drizzling over a tray of roasted carrots, or dressing a salad.

This one’s pretty easy: simply whisk together the water and tahini. The tahini will seize up at first, but don’t worry, this is normal. Just keep whisking until you have a smooth mixture. At this point, the tahini sauce will be quite thick—the perfect consistency for dipping raw veggies.

You can stop there or keep going, adding water one teaspoon at a time. After one or two teaspoons, the mixture will start to slacken and become quite airy. At this stage, it’s excellent for drizzling over roasted vegetables with a little bit of lemon zest.

If you add one or two more teaspoons of water, the consistency will remain creamy but get a bit more runny, making it ideal for dressing a leafy salad. We like to use it on a salad with halved cherry tomatoes, thinly sliced red onion, and chopped or diced bell pepper.

Of all these transformations, this dessert may be the most impressive. It’s just melted water and chocolate emulsified into a liquid and whipped into a mousse, but its flavor, since there are no eggs or cream, is pure, uncut chocolate.

The process starts with a very precise ratio of chocolate to water, so it’s almost imperative to have a kitchen scale. One extra drop of water, and the emulsion won’t work.

If you’re using a bar of chocolate, chop it into small pieces to help the melting process. You could also use fèves—small chocolate discs—if you don’t want to chop anything. Don’t use chocolate chips, though, as the stabilizers in them will interfere with the emulsification process. Then, place the chocolate in a medium bowl.

Fill a large bowl about a third of the way with cold water and ice cubes and keep it nearby. Place the bowl with the chocolate on a scale and use the tare feature to zero out the reading. Heat a kettle of water to near-boiling, and pour 175 grams of it over the chocolate. The chocolate will seize away from the water at first, then start melting. Go slow—you don’t want to drown your chocolate.

Let the mixture sit for a few minutes, then place the medium bowl in the larger one with water and ice cubes, taking care not to let any of the cold water into the chocolate. Then, start whipping with medium whisk. At first, the mixture will develop some large bubbles, but keep going, keeping a close eye on the mixture to avoid over-whipping.

We recommend stopping at one of two stages. You could stop during the very early stage of whipping, when the mixture has the texture of very loose pudding. This will create a silky, smooth mousse that dissolves easily on the tongue once it’s been refrigerated. You could also whip the mixture for a few more seconds, waiting until it has lightened slightly in color, become a bit stiffer and can be formed into peaks. This will result in a firm mousse that takes a few seconds to dissolve on the tongue.

If you keep going—it’s easy to over-whip—you’ll get an almost crumbly mixture. No need to trash it. Because the mousse is just two ingredients in an emulsion, you can melt the mixture back down again and re-whip.

We like to serve this with some fresh mango, diced into small cubes. You could also add a dollop of whipped cream and some raspberries, or both.

These recipes are a great reminder of the simple joys that come from cooking—and mini-lessons in kitchen basics—all in one. And while they may only require a couple of ingredients, their results are far from basic.