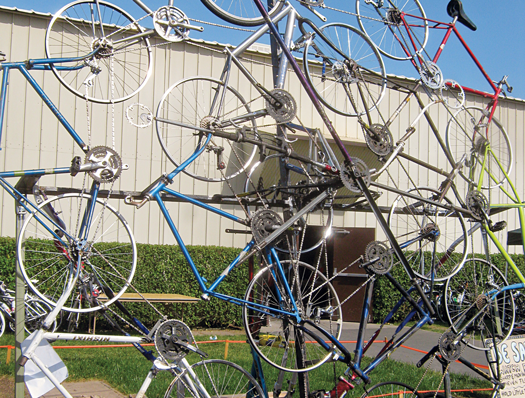 Artist and cycling enthusiast Gregory de Gouveia, based in Chico, California, has built bike sculptures before. But his 12-foot-tall clock called Time to Change—a fusion of more than a dozen two-wheeled machines—is his largest and most functional aesthetic contribution to the sport.

The project began when another local artist asked de Gouveia if he wanted to create a sculpture for the 2011 Chico Wildflower Century Ride. De Gouveia decided to build an unofficial clock for the bike event. He called on nearby cycling communities to donate used bikes, and once enough junkers rolled into his shop, he held a “disassembly party” to remove their gears, frames, chains, and other components. De Gouveia pieced together the gigantic clock’s skeleton from the scrap metal in roughly three weeks, and then spent another three weeks adding parts and tuning the gears.

The finished clock’s heart is a 600-rpm variable-speed drill motor. Solar panels charge a 12-volt battery that powers the motor, which spins a geared bike wheel near the twelve o’clock position. The coordinated movement of 12 bicycle wheels, 13 cranks, and 26 chains keeps time like the gears of an analog wristwatch.

The clock debuted at the Wildflower ride and made a second public appearance in 2012 at San Francisco’s Maker Faire Bay Area. De Gouveia says it runs about 30 seconds slow, but adjusting the battery’s voltage should help the clock’s second hand hit precisely one revolution per minute. Look for his symbolic masterpiece at future West Coast bike races. 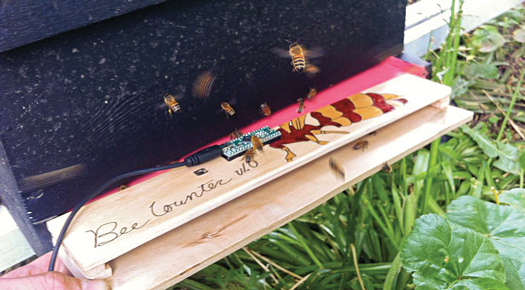 Thomas Hudson, an engineer and bee­keeper in Portland, Oregon, wanted to log his insects’ comings and goings, so he built a row of 22 tunnels at the mouth of their hive. Infrared sensors that detect bee movement flank the ends of each tunnel and count entries and exits. Hudson maps hive patterns with the data. Researchers might use the device to study honeybee ecology. 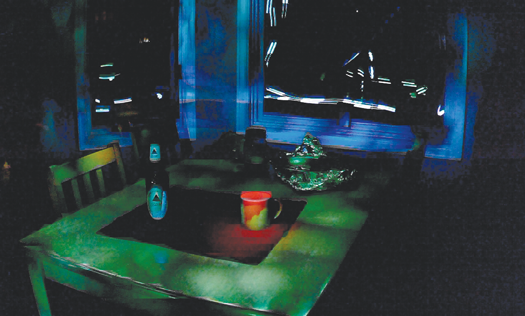 Mapping energy leaks in poorly insulated homes no longer requires hiring a technician. The thermal flashlight, designed by the Public Laboratory for Open Technology and Science, changes the color of an LED light beam in step with an infrared thermometer’s readings. By sweeping the handheld device across walls and floors during long-exposure photos, anyone can “paint” a room’s inefficiencies.