It's all about that acid. 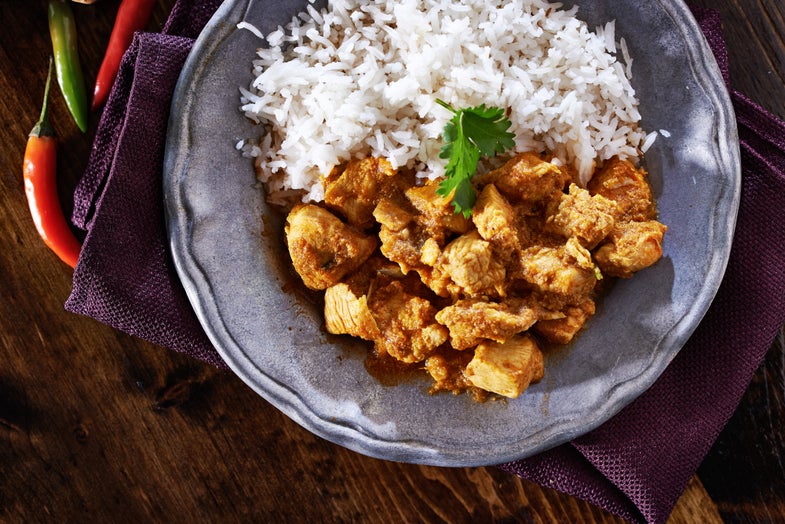 Open the fridge in most South Asian households, and you will find a tub of thick, creamy yogurt. But this isn’t the sweet stuff that you eat for breakfast with granola and a rainbow array of fruit. It’s the secret ingredient in savory meat dishes like chicken tikka and skewers of tender kebabs.

Cooks from South Asia marinate meat in a blend of yogurt and spices like garam masala, cumin, coriander, turmeric, and ginger and garlic pastes. The technique is common in several dishes from the subcontinent, although it’s not particularly prevalent in other East Asian, Arab, or European dishes. A fermented dairy product also makes up a key ingredient in that classic American comfort food: fried chicken. Before breading and frying pieces of the meat, an overnight soak in buttermilk and poultry seasonings ensures it will be perfectly juicy on the inside and crispy on the outside.

But why do certain recipes call for dairy-based marinades at all? The answer comes down to acid: The lactic acid in fermented dairy products, such as yogurt and buttermilk, react with the proteins in meat at the molecular level. Although the research behind this technique isn’t exhaustive or definitive, there are a few theories about what’s going on, says Ted Russin, the dean of the Culinary Institute of America’s food science program.

A chemist by training, Russin says he thinks of meat as a gel, “a wad of water held in a protein matrix.” Yogurt and buttermilk both contain acids that break down that protein wall. As the meat becomes more acidic, it can absorb more moisture. Think of it like a dry sponge that gets soft and squishy once you add water.

At the same time, the acidity of dairy speeds up chemical reactions. This makes it easier for enzymes already present in the meat to break down proteins from the inside out. It also leads to the breakdown of collagen, which is what gives meat—and living skin tissue—its rigid structure, Russin says.

An acidic marinade thus softens meat by increasing its water content and breaking down its structure—and science backs that up. In one study, researchers coated meat in an lactic acid and measured the pH at different intervals. The more acidic the meat was, the softer it became in comparison to a tougher and chewier chunk of beef that served as a control.

But before you start whipping up a yogurt marinade, be aware of a crucial pitfall. In a different study, researchers tried soaking large chunks of beef in lactic or acetic acid. When they tested the meat, they found that the pH level on its surface was a full unit lower than the pH inside, meaning that the marinade hadn’t really seeped into it.

Russin says you can counteract that problem in a few ways. “Marinades can literally be injected with pins into the center of the meat,” he says. As an alternative, he suggests you can vacuum tumble the meat, a process where you vacuum-seal a piece of meat in marinade and then suddenly open the package. The pressure change forces the liquid deeper into the chunk of steak or lamb.

However, most of us don’t have access to a professionally-equipped kitchen. To achieve similar results at home, Russin advises, cut your meat into flat pieces about a quarter-inch thick. Then leave the meat in the marinade for at least a few hours, or up to a day. (Any longer than that, and you start running into shelf-life problems.)

Ready to test out the science in your kitchen laboratory? Here’s one of my personal favorite recipes, as told to me by family members. It makes incredibly tender and flavorful chicken kebabs that you soak in a yogurt-based marinade before cooking. 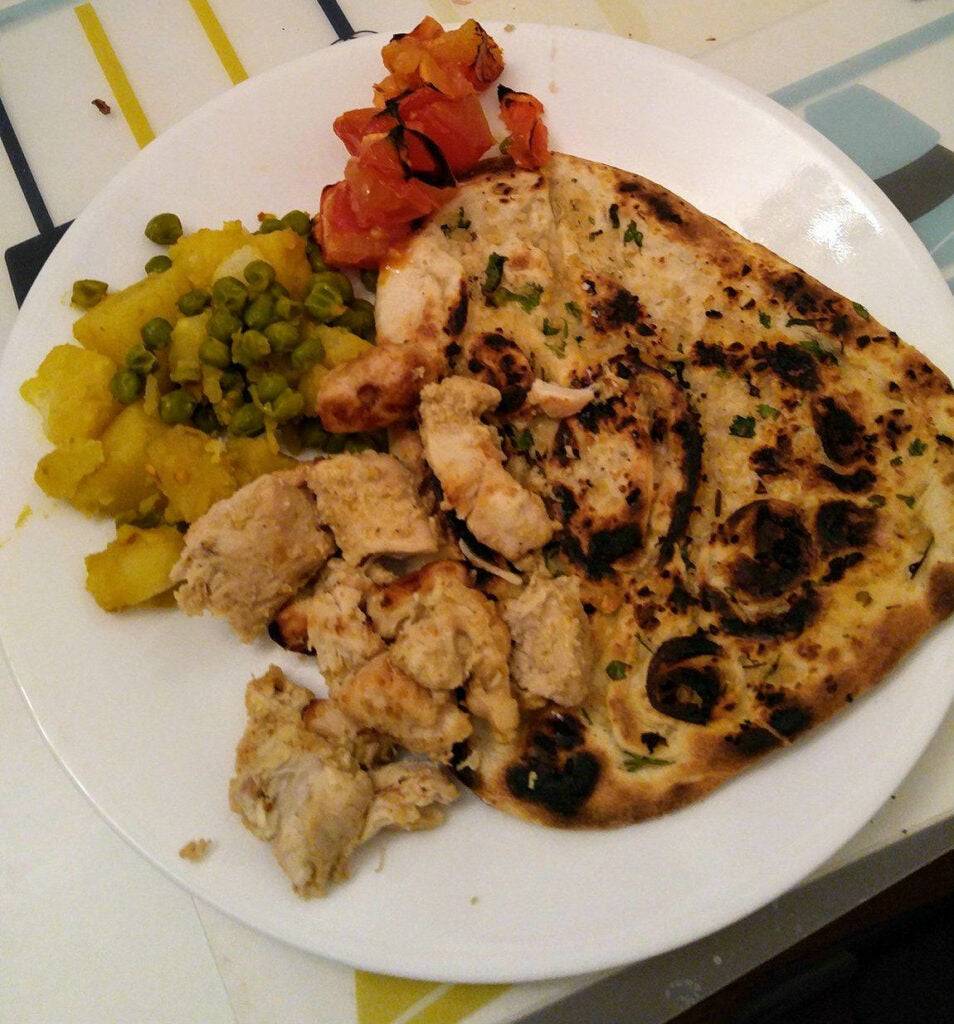 Yogurt-marinated meat with all the fixings

How to make chicken kebabs