I developed a sturdier, crisper, and yummier apple

Bruce Barritt wanted to create a new apple variety. This is how he tasted his way to the Cosmic Crisp. 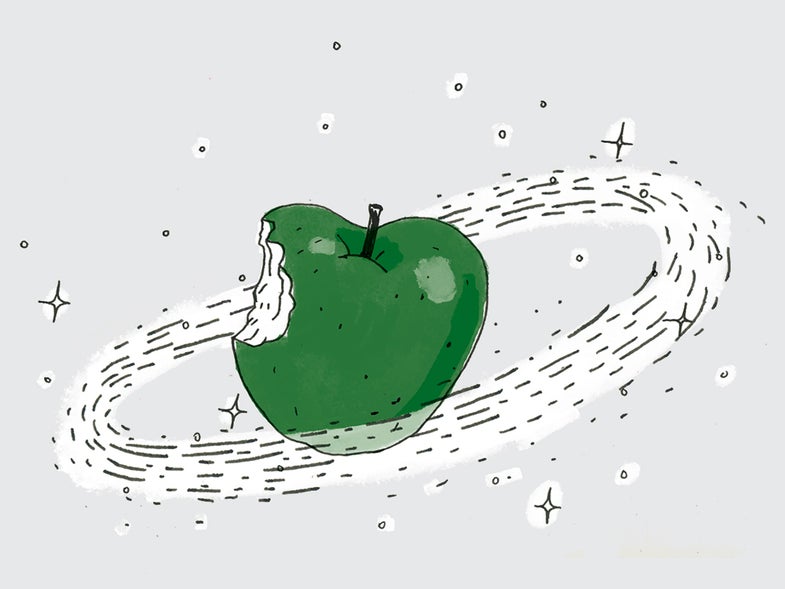 ↑ Bruce Barritt, horticulturist and developer of the Cosmic Crisp

Back in 1988, Red Delicious made up 70 to 80 percent of the domestic apple market. Over the years, farmers sold a lot of them because they looked great. But they had a mealy texture, and people want an apple that’s firm, crisp, and juicy. I started lobbying for one. By 1994, threatened by varieties from Japan and New Zealand, the U.S. industry and Washington State University agreed that we had to grow our own.

First, we cross-pollinated existing apples: Collect pollen from one flower, put it on the tip of a pencil eraser, and rub it into another. We crossed dozens of crisp, flavorful varieties such as Gala, Fuji, and Pink Lady. But the best offspring came out of Honeycrisp and Enterprise parents. We grew the crossbred seeds into 5-foot trees, grafted those onto rootstocks (to make them start producing quickly), and planted them in evaluation orchards. A few years later, they fruited—and we began tasting.

You can’t eat thousands of apples a day. So I would walk down long rows of hundreds and thousands of trees, and when I found an ­attractive fruit, I’d bite, chew, spit it out. Most were terrible, but when I found one with good texture and flavor, I’d pick 10 or 20 of them. Then I put them in cold storage to see how they would hold up after a few months. After that, three or four researchers sat down and tasted every apple. We checked acidity and sugar levels, which can break down over time, and tested firmness and crispness using instruments that measure pressure and cell breakdown.

When we found exactly what we wanted, we planted clones and tested them all over again. Eventually, we ended up with the Cosmic Crisp. It can spend nine to 12 months in storage, and stay crisp, firm, juicy, sweet, and tart.

As told to Amal Ahmed