How to make perfect pie crust with the power of science

You might need some booze before you’re done—trust us. 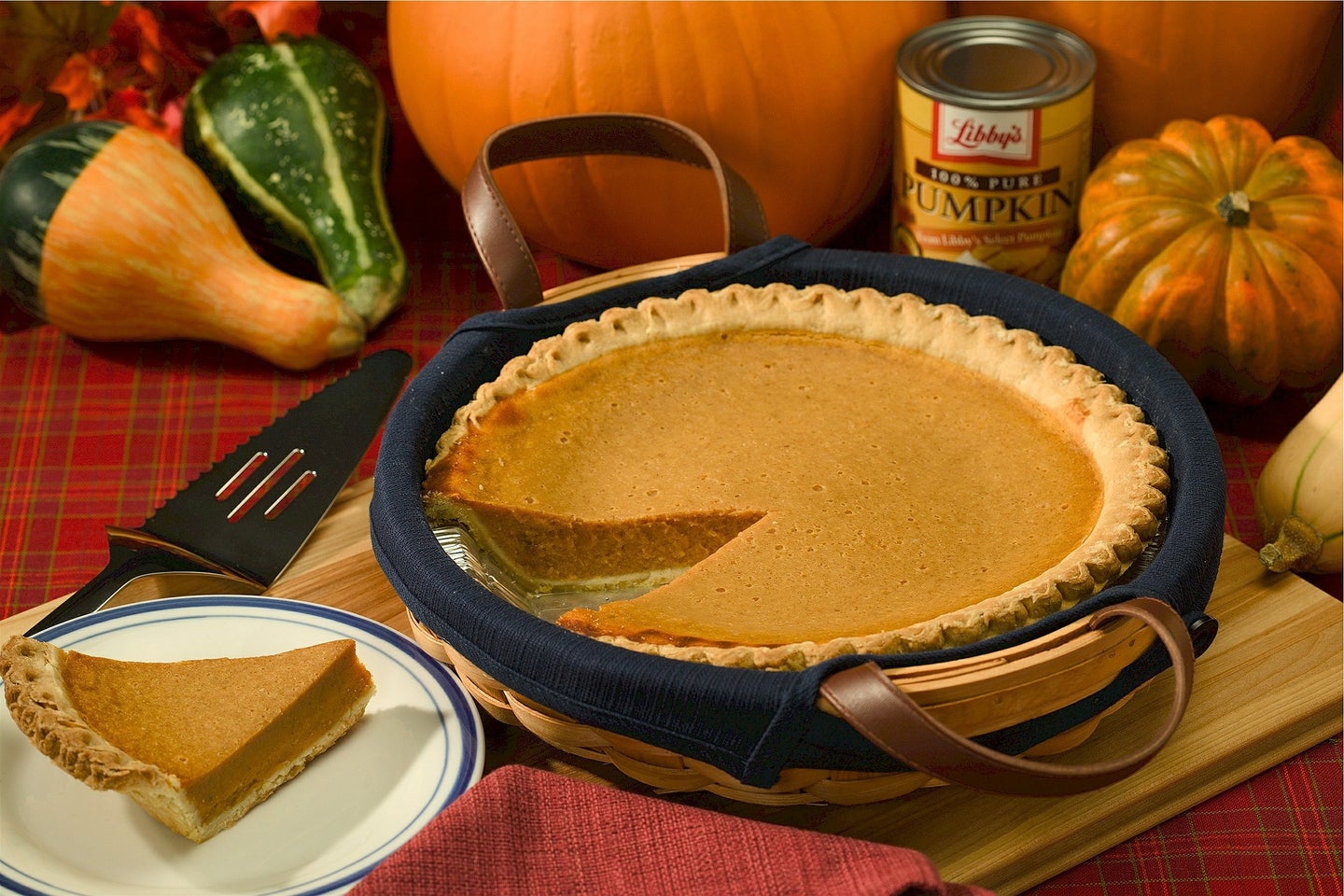 Whether it’s Thanksgiving, Christmas, Pi Day, or Tuesday, you want your pie crust to be as flaky and delicious as possible. Popular Science is here to help. Holiday hacks and crust cheats to follow.

Ice, ice baby (is how cold your butter should be)

For most baking, you want your butter to be at least slightly softened. Not so with pie crusts, my friend: Keep that fat solid. You don’t want the butter (or lard, or shortening) to start becoming liquid until your crust is actually baking.

Like all carby (non-celiac-friendly) baked goods, pie crust is based on a complex network of gluten proteins interacting with fantastic fats. To make crust flaky, you have to interrupt some of the connections in the gluten network and form air pockets—otherwise, it will end up tough and chewy. “Once it’s in the oven, that butter goes from solid to liquid, and the water that separates out turns to gas, which forms air pockets to create flake,” UCLA food scientist and pie expert extraordinary Amy Rowat told Popular Science in 2015. It’s good to create a variety of butter chunk sizes in order to create a nice flake distribution. “I like mostly pea-sized chunks of gritty flour, but I keep some bigger chunks is as well,” Rowat said.

Some foodies insist that you can replicate this technique without delicately cutting fussy bits of ice-cold butter into your flour mixture: J. Kenji López-Alt from Serious Eats swears he gets super-flaky crust by just blending cold butter into flour in a food processor all willy-nilly. The butter is still solid, but it loses those big chunk shapes that so many chefs insist you need. Instead, the flour/fat mixture gets mixed with a bit of dry flour and basically plays the same role as solo butter, forming air pockets during the cooking process. The science checks out, but be warned: your grandma might have a heart attack if she sees you put your pastry dough in the food processor.

If you’re making a pie with sliced fruit (apples, pears, whatever, go nuts) The New York Times recommends slices, laid flat, as opposed to a chaotic jumble of wedges and chunks. The fruit will shrink as it cooks, and as the air pockets of your crust form and shift, this can lead to filling falling into an uneven distribution. If you slice fruit fairly thin and stack it flat, it should settle pretty uniformly.

Like all holiday occasions, pie-making is better with booze.

Here’s the logic: Your pie crust needs moisture. Otherwise it’s going to fall apart. But water promotes the formation of gluten by proteins in the flour, and too much gluten makes the crust chewy instead of flaky. For shame! You can hack that holiday crust by using alcohol instead of water. It provides much-needed moisture without promoting those proteins. Vodka is a benign addition in these quantities, but you can opt to have some fun with the distinctive flavors of bourbon or rum if you so desire.

But one note here, folks: While most home cooks (and even many professionals) talk of alcohol “burning off” during cooking, it’s likely that it takes hours of heat to actually ban all traces of alcohol from the premises. Most guests are unlikely to care about a couple tablespoons of alcohol distributed across an entire crust (and the amount left in your pie after baking won’t make anyone tipsy!), but if you’re serving dessert to anyone with cultural, dietary, or strict personal reasons for avoiding all alcohol, you should probably let them decide for themselves whether it’s an acceptable ingredient.

Will these tweaks make up for a horrible recipe or shoddy kitchen technique? No. But if you work hard to master the basics of pie making, these tricks will give you exactly the edge you need to make mom admit that yours is better.