China’s version of GPS is almost complete. Here’s what that means.

It’s called BeiDou, and it’s key for the military, tech industry, and more. 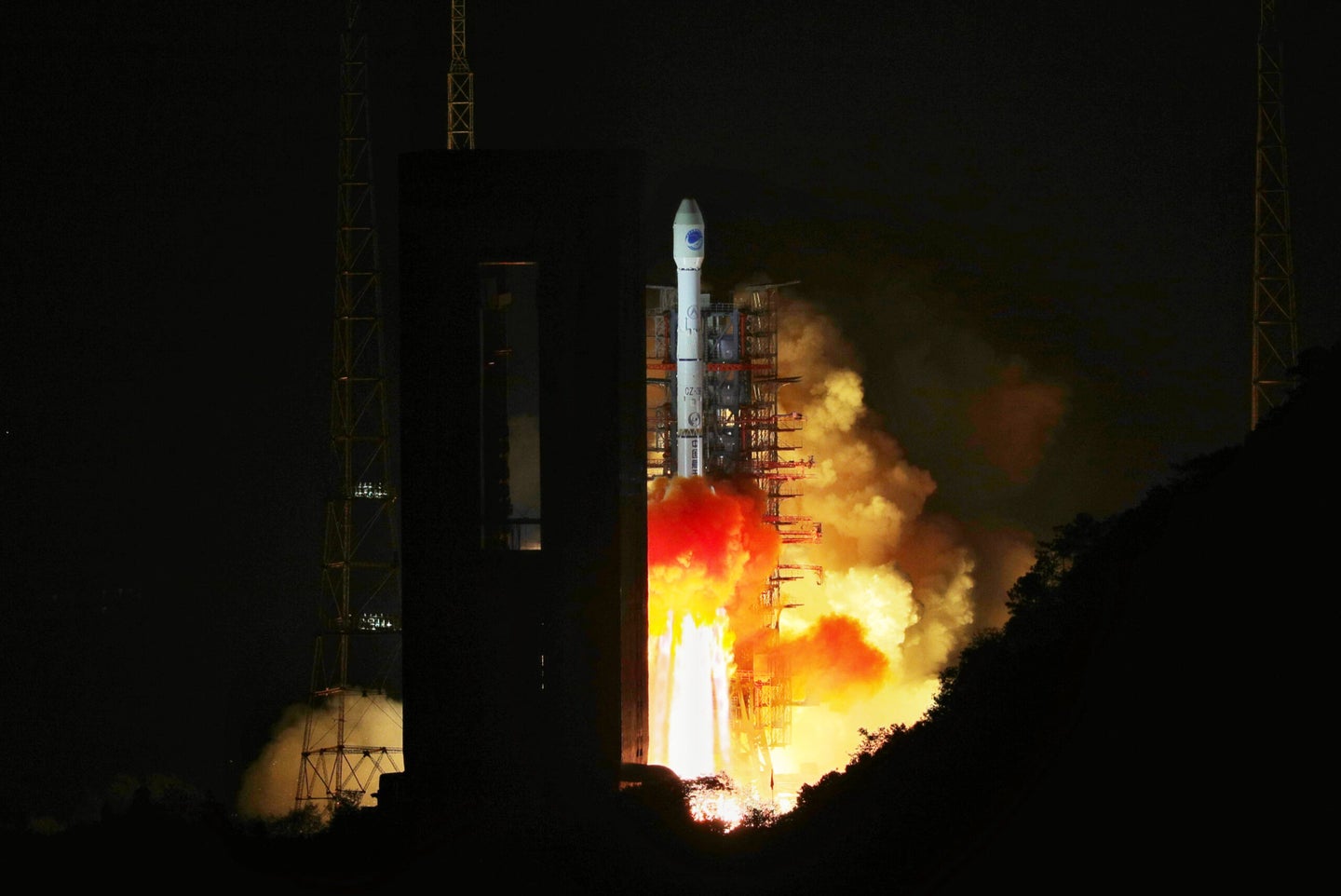 A rocket carrying a BeiDou-3 satellite lifts off in November, 2018. Deposit Photos
SHARE

On March 9, China moved into the end run of a decades-long project to build its own global navigation satellite system, a project that will make it independent of foreign rivals when it comes to a network that undergirds modern tech, business, and the military. It’s called BeiDou.

The latest satellite in the navigation system, a third-gen craft (known as BeiDou-3) now in a geostationary orbit, lifted off earlier this month from the Xichang Center in southwestern China. The system’s final satellite, scheduled for launch in May, will give it full global capability. At that point, China’s completed system will rival America’s GPS, Russia’s GLONASS, and Europe’s Galileo.

BeiDou is representative of China’s push to build and offer commercial alternatives to Western tech platforms, from servers and 5G equipment from Huawei, for example, to satellites. The system is meant to provide highly-accurate global positioning services, as well as a means to transfer limited amounts of data, for commercial and military users.

Even if it’s not yet totally complete, it’s already in use. On the business side, more than 70 percent of Chinese smartphones already use the system, according to a BeiDou spokesperson. Other reports indicate that BeiDou receivers have been integrated into over 6.5 million taxis, buses, and trucks. And as of 2019, it had more than 400 million users worldwide. Over 30 countries, largely in the Middle East, Africa and Asia, use the system, including for various projects in Indonesia, Kuwait, Uganda, Myanmar, the Maldives, Cambodia, Thailand, and Russia.

Beijing expects the size of its satellite navigation industry to surpass 400 billion yuan ($57 billion) this year, with BeiDou contributing the vast majority of that value. In the future, the Chinese government sees BeiDou and related services as a major industry, particularly for countries along the “Belt and Road” initiative, the swath of countries from Central Asia to Europe with whom Beijing has established trade, infrastructure, and debt deals to enhance its influence. This growing user base for BeiDou outside of China adds to its geopolitical and economic heft.

For the Chinese People’s Liberation Army (PLA), BeiDou acts as a domestically-controlled alternative to international systems. A cornerstone of the PLA’s modernization has been working toward being able to fight modern wars that require precision-guided weapons and advanced communication networks. Those need positioning, navigation, and timing satellites like BeiDou.

The system has already been integrated into the PLA’s modern command system and weapons guidance packages for years, while units down to the level of PLA squads regularly train and deploy abroad using BeiDou individual terminals. Its completion coverage will only grow this use.

China is also beginning to export weapons systems powered by BeiDou—most prominently with its “all-weather strategic partner” Pakistan. As the only country whose armed forces use the unrestricted version of BeiDou that the PLA uses, Pakistan has purchased multiple systems that use BDS, including the JF-17 fighter.

Additionally, Pakistan’s homegrown Ra’ad-II cruise missile tested in February reportedly uses BeiDou as well as part of its effort to decrease reliance on GPS. Similar to China’s expansion into booming arms trade areas like drone sales, other countries leery of using European, Russian, or US satellite systems for security reasons may look favorably on BeiDou.

The completion of the decades-long effort is an illustration of China’s long-term strategy paying dividends in both the worlds of business and security.

Taylor A. Lee is an analyst at BluePath Labs, LLC.

Peter Singer is Strategist at New America and the author of multiple books including the upcoming Burn-In: A Novel of the Real Robotic Revolution.