The most ambitious project of mass control is the country’s “social credit” system. All Chinese citizens will receive a numerical score reflecting their “trustworthiness." 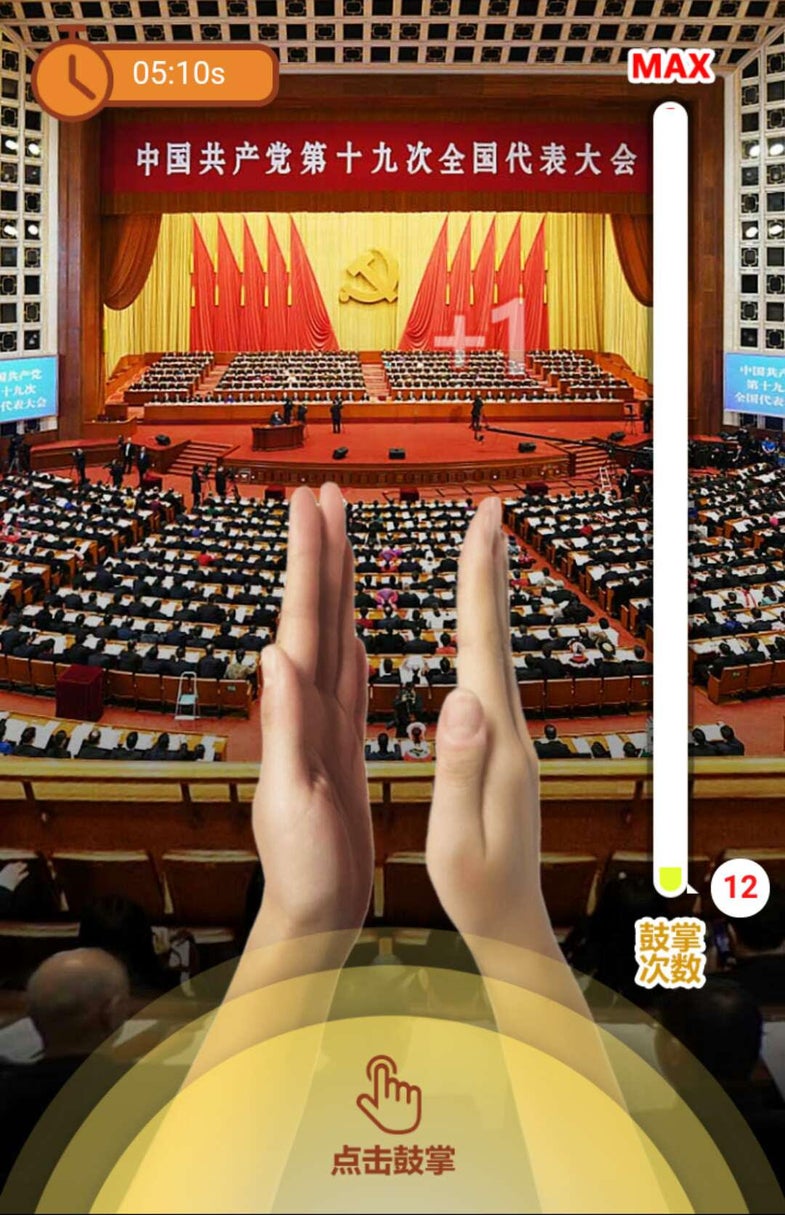 The following is adapted from LikeWar by P. W. Singer and Emerson T. Brooking, a book by two defense experts—one of which is the founder of the Eastern Arsenal blog at Popular Science —about how the Internet has become a new kind of battleground, following a new set of rules that we all need to learn.

“Across the Great Wall we can reach every corner in the world.”

So read the first email ever sent from the People’s Republic of China, zipping 4,500 miles from Beijing to Berlin. The year was 1987. Chinese scientists celebrated as their ancient nation officially joined the new global internet. As the Internet evolved from a place for scientists to a place for all netizens, its use in China gradually grew—then exploded. In 1996, there were just 40,000 people online in China; by 1999, there were 4 million. In 2008, China passed the United States in number of active internet users: 253 million. Today, that figure has tripled again to nearly 800 million (over a quarter of all the world’s people online).

It was also clear from the beginning that for the citizens of the People’s Republic of China, the internet would not be—could not be —the freewheeling, crypto-libertarian paradise pitched by its American inventors. The country’s modern history is defined by two critical periods: a century’s worth of embarrassment, invasion, and exploitation by outside nations, and a subsequent series of revolutions that unleashed a blend of communism and Chinese nationalism. For these reasons, Chinese authorities treasure harmony above all else. Harmony lies at the heart of China’s meteoric rise and remains the underlying political doctrine of the Chinese Communist Party (CCP), described by former president Hu Jintao as the creation of a “harmonious society.” Dissent, on the other hand, is viewed as only harmful to the nation, leaving it again vulnerable to the machinations of foreign powers.

Controlling ideas online has thus always been viewed as a vital, even natural, duty of the Chinese state. Unity must be maintained; harmful ideas must be stamped out. Yuan Zhifa, a former senior government propagandist, described this philosophy in 2007: “The things of the world must have cadence,” he explained. His choice of words was important. Subtly different from “censorship,” “cadence” means managing the “correct guidance of public opinion.”

From the beginning, the CCP made sure that the reins of the internet would stay in government hands. In 1993, when the network began to be seen as something potentially important, officials banned all international connections that did not pass through a handful of state-run telecommunications companies. The Ministry of Public Security was soon tasked with blocking the transmission of all “subversive” or “obscene” information, working hand-in-hand with network administrators. In contrast to the chaotic web of international connections emerging in the rest of the globe, the Chinese internet became a closed system. Although Chinese internet users could build their own websites and freely communicate with other users inside China, only a few closely scrutinized strands of cable connected them to the wider world. Far from surmounting the Great Wall, the “Chinese internet” had become shaped by a new barrier: the Great Firewall.

Chinese authorities also sought to control information within the nation. In 1998, China formally launched its Golden Shield Project, a feat of digital engineering on a par with mighty physical creations like the Three Gorges Dam. The intent was to transform the Chinese internet into the largest surveillance network in history—a database with records of every citizen, an army of censors and internet police, and automated systems to track and control every piece of information transmitted over the web. The project cost billions of dollars and employed tens of thousands of workers. Its development continues to this day. Notably, the design and construction of some of the key components of this internal internet were outsourced to American companies—particularly Sun Microsystems and Cisco—which provided the experience gained from building vast, closed networks for major businesses.

The most prominent part of the Golden Shield Project is its system of keyword filtering. Should a word or phrase be added to the list of banned terms, it effectively ceases to be. Web searches won’t find prohibited results; messages with banned words will simply fail to reach the intended recipient. As the list of banned terms updates in real time, events that happen on the rest of the internet simply never occur inside China.

In 2016, for instance, the so-called “Panama Papers” were dumped online and quickly propelled to virality around the globe. The documents contained 2.6 terabytes of once-secret information on offshore bank accounts used by global elites to hide their money—a powerful instance of the internet’s radical transparency in action. Among the disclosures were records showing that the families of eight senior CCP leaders, including the brother-in-law of President Xi Jinping, were funneling tens of millions of dollars out of China through offshore shell companies.

The information in all its details was available for anyone online—unless you lived in China. As soon as the news broke, an urgent “Delete Report” was dispatched by the central State Council Internet Information Office. “Find and delete reprinted reports on the Panama Papers,” the order read. “Do not follow up on related content, no exceptions. If material from foreign media attacking China is found on any website, it will be dealt with severely.” With that, the Panama Papers and the information in them was rendered inaccessible to all Chinese netizens. For a time, the entire nation of Panama briefly disappeared from search results in China, until censors modulated the ban to delete material only if the post contained “Panama” and leaders’ names or related terms like “offshore.”

So ubiquitous is the filter that it has spawned a wave of surreal wordplay to try to get around it. For years, Chinese internet users referred to “censorship” as “harmony”—a coy reference to Hu Jintao’s “harmonious society.” To censor a term, they’d say, was to “harmonize” it. Eventually, the censors caught on and banned the use of the word “harmony.” As it happens, however, the Chinese word for “harmony” sounds similar to the word for “river crab.” When a word had been censored, savvy Chinese internet users then took to calling it “river crab’d.” And, as social media has become more visual, the back-and-forth expanded to image blocks. In 2017, the lovable bear Winnie-the-Pooh was disappeared from the Chinese internet. Censors figured out “Pooh” was a reference to President Xi, as he walks with a similar waddle.

History itself (or rather people’s knowledge and awareness of it) can also be changed through this filtering, known as the “cleanse the web” policy. Billions of old internet postings have been wiped from existence, targeting anything from the past that fails to conform to the regime’s “harmonious” history. Momentous events like the 1989 Tiananmen Square protests have been erased through elimination of nearly 300 “dangerous” words and phrases. Baidu Baike, China’s equivalent of Wikipedia, turns up only two responses to a search on “1989”: “the number between 1988 and 1990” and “the name of a computer virus.” The result is a collective amnesia: an entire generation ignorant of key moments in the past and unable to search out more information if they ever do become aware.

Yet, even stronger programs of control lurk on the horizon. In the restive Muslim-minority region of Xinjiang, residents have been forced to install the Jingwang (web-cleansing) app on their smartphones. The app not only allows their messages to be tracked or blocked, but it also comes with a remote-control feature, allowing authorities direct access to residents’ phones and home networks. To ensure that people are installing these “electronic handcuffs,” the police have set up roving checkpoints in the streets to inspect people’s phones for the app.

The most ambitious project of mass control is China’s “social credit” system. Unveiled in 2015, the vision document for the system explains how it will create an “upward, charitable, sincere and mutually helpful social atmosphere”—one characterized by unwavering loyalty to the state. To accomplish this goal, all Chinese citizens will receive a numerical score reflecting their “trustworthiness … in all facets of life, from business deals to social behavior.”

Much like a traditional financial credit score, each citizen’s “social credit” is calculated by compiling vast quantities of personal information and computing a single “trustworthiness” score, which measures, essentially, someone’s usefulness to society. This is possible thanks to Chinese citizens’ near-universal reliance on mobile services like WeChat, in which social networking, chatting, consumer reviews, money transfers, and everyday tasks such as ordering a taxi or food delivery are all handled by one application. In the process, users reveal a staggering amount about themselves—their conversations, friends, reading lists, travel, spending habits, and so forth. These bits of data can form the basis of sweeping moral judgments. Buying too many video games, a program director explained, might suggest idleness and lower a person’s social credit score. On the other hand, regularly buying diapers might suggest recent parenthood, a strong indication of social value. And, of course, one’s political proclivities also play a role. The more “positive” one’s online contributions to China’s cohesion, the better one’s score will be. By contrast, a person who voices dissent online “breaks social trust,” thus lowering their score.

In a particularly Orwellian twist, the system’s planning document also explains that the “new system will reward those who report acts of breach of trust.” That is, if you report others for bad behavior, your score goes up. Your score also depends on the scores of your friends and family. If they aren’t positive enough, you get penalized for their negativity, thus motivating everyone to shape the behavior of the members of their social network.

What gives the trustworthiness score its power, however, are the rewards and risks, both real and perceived, that underpin it. Slated for deployment throughout China in 2020, the scoring system is already used in job application evaluations as well as doling out micro-rewards, like free phone charging at coffee shops for people with good scores. If your score is too low, however, you can lose access to anything from reserved beds on overnight trains to welfare benefits. The score has even been woven into China’s largest online matchmaking service. Value in the eyes of the Chinese government thus will also shape citizens’ romantic and reproductive prospects.

Luckily, no other nation has enjoyed China’s level of success in subordinating the internet to the will of the state, because of both its head start and its massive scale of investment. But other nations are certainly jealous. The governments of Thailand, Vietnam, Zimbabwe, and Cuba have all reportedly explored establishing a Chinese-style internet of their own. Russian president Vladimir Putin has even gone so far as to sign a pact calling for experienced Chinese censors to instruct Russian engineers on building advanced web control mechanisms.

Just as U.S. tech companies once helped China erect its Great Firewall, so China has begun to export its hard-won censorship lessons to the rest of the world.

Peter Warren Singer is a strategist and senior fellow at the New America Foundation. He has been named by Defense News as one of the 100 most influential people in defense issues. He was also dubbed an official “Mad Scientist” for the U.S. Army’s Training and Doctrine Command. Jeffrey is a national security professional in the greater D.C. area. They are both Associates with the U.S. Air Force University’s China Aerospace Studies Institute.