China’s missile force is growing at an unprecedented rate

The nation appears to have introduced 11 new missile brigades since May 2017. 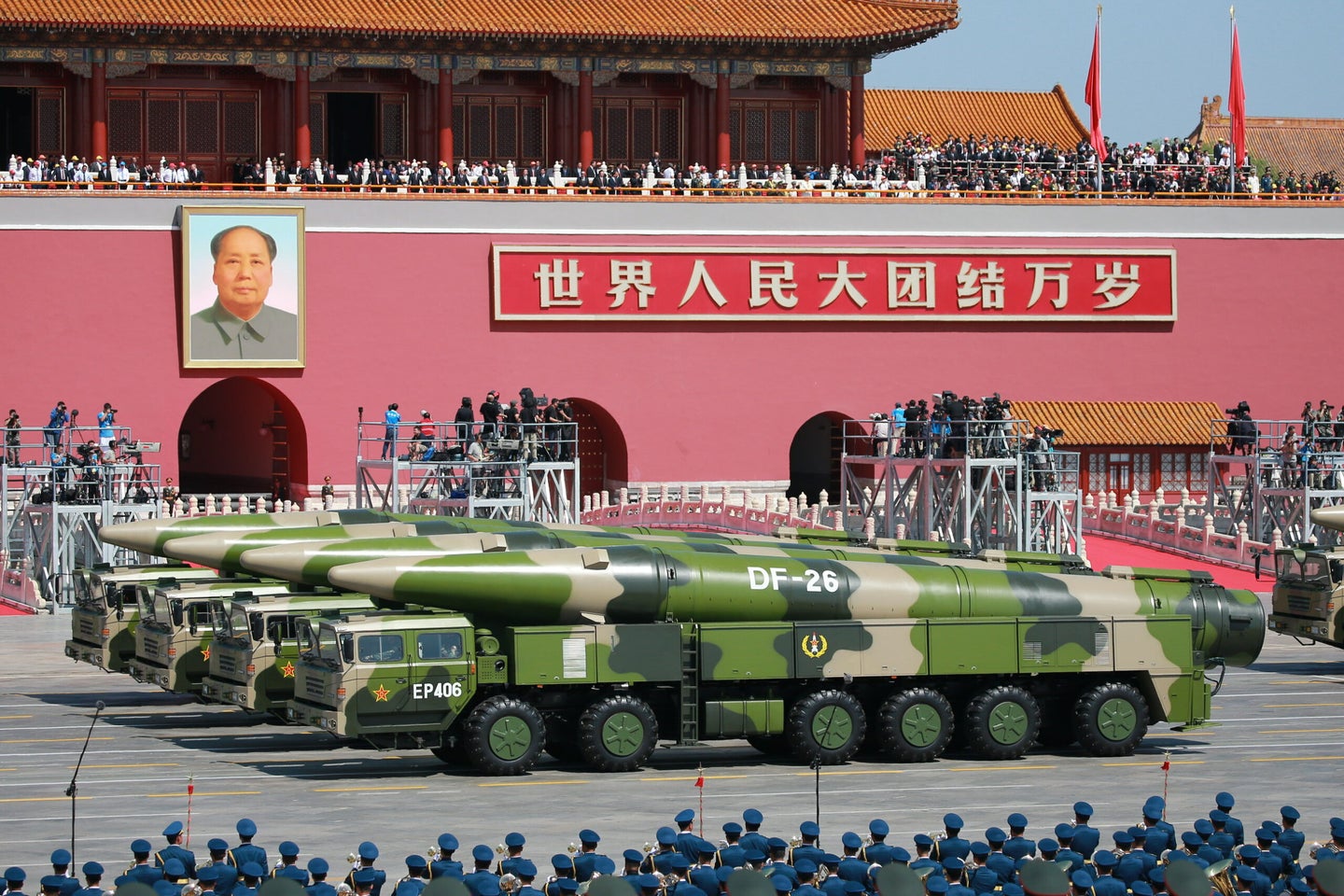 China’s long-range missiles play a central role in the country’s military plans. And, in the event of armed conflict between that nation and the US, they’re the weapon the American military worries the most about.

Despite their pivotal role in Chinese war-fighting strategy, the service responsible for those missiles, the People’s Liberation Army Rocket Force (PLARF), remains perhaps the most opaque branch of Beijing’s military. While its new fleet of expanded-range missile systems—from the DF-31 and DF-41 intercontinental ballistic missiles (ICBMs) to the hypersonic DF-17—have debuted in parades, there are still a number of profound changes happening in the PLARF that are relatively undisclosed.

But by tracking more subtle public announcements and news stories, it appears the number of missile brigades in the PLA has jumped from 29 to 40, an increase of more than 35 percent, in just three years.

To understand this expansion, a bit of context is necessary: The PLARF’s predecessor, the Second Artillery Force, officially formed in 1966, and by the end of the decade, it fielded roughly eight strategic missile regiments, which were later upgraded to brigades. Three more were added in the 1970s. Beginning in the late 1980s, the Second Artillery Force began fielding new short- and medium-range missile types, requiring the addition of new brigades. Four new brigades stood up between 1980 and 2001, three of which were equipped with these new missiles.

The first decade of the 2000s saw faster growth: Eleven new units stood up between 2001 and 2010, at least eight of which were equipped with the latest missiles, including the DF-31 (the PLA’s first road-mobile ICBM), the CJ-10 (its first land-attack cruise missile), and the DF-16 SRBM, as well as the improved DF-21C. Similarly, when the DF-26 intermediate-range ballistic missile began to come online in the late 2010s, two of the next three brigades may have been equipped with it.

Why build so quickly recently? A review of available information on Chinese news and web sources about the 11 new brigades offers some hints as to the direction and reasons behind this expansion.

Of these, the 644 Brigade, established in July 2017, is perhaps the most intriguing because it offers a glimpse into the kinds of new weapons that these brigades will likely carry. This unit test-fired a new missile in April 2016, and again at some point in late 2017, prior to it officially entering service. Both the DF-41 (the newest ICBM) and the DF-17 (which carries a hypersonic glide vehicle called the DF-ZF) were tested in April 2016 and late 2017. Given this timeline, and the previous pattern of new brigades being created to accommodate new missiles, this unit is likely one of the first equipped with those two new missiles.

Further, this unit was reported to have been given the unit title “New Generation 1st Dongfeng Brigade.” Such honorifics are occasionally conferred upon units that are the first to achieve a major milestone: The 1st Dongfeng Brigade was the first unit equipped with a Dongfeng missile, the 1st Conventional Brigade was the first equipped with a conventional missile, and the 1st Cruise Missile Brigade was the first to deploy a cruise missile. The deployment of the PLA’s first hypersonic missile would certainly qualify for such an honorific. On the other hand, the brigade’s location in Hanzhong, close to existing ICBM formations, may indicate a DF-41 or DF-31AG unit.

These units are likely important developments for the PLARF, and as such the public information on these brigades is limited, especially compared to the amount of information about American equivalents. However, we can say that the new units appear to be evenly distributed geographically, indicating that it is modernizing across the board, as opposed to a singular focus on a specific region.

Further, it appears that these brigades are continuing the trend of being equipped with the latest missile systems; there is at least one DF-26 brigade, as well as three brigades with unidentified new model missiles. Most interestingly, at least one of them appears to be equipped with a missile system that came online in the last two years, likely the DF-41, DF-17, or DF-31AG. This would indicate that the PLARF is not only growing new units rapidly but is equipping these new brigades with its most advanced weapons.

What’s more, two of the brigades are equipped with dual-use weapons systems (DF-26, DF-21C) that have both nuclear and conventional war applications, with the others likely equipped with the DF-41, DF-31AG, and DF-17, all of which are nuclear or nuclear-capable.

This fits within what China laid out in its 2019 Defense White Paper, which noted that the strategic requirements of the PLARF include “enhancing…nuclear deterrence and counterattack [and] strengthening intermediate and long-range precision strike forces.”

The new units and the evidence on the ground tells the tale of a growing force, with growing capability well beyond what is glimpsed in parades.

Ma Xiu is an analyst with BluePath Labs, a DC-based consulting company that focuses on research, analysis, disruptive technologies, and wargaming.

P.W. Singer is Strategist at New America and author of multiple best-selling and award-winning books on national security.