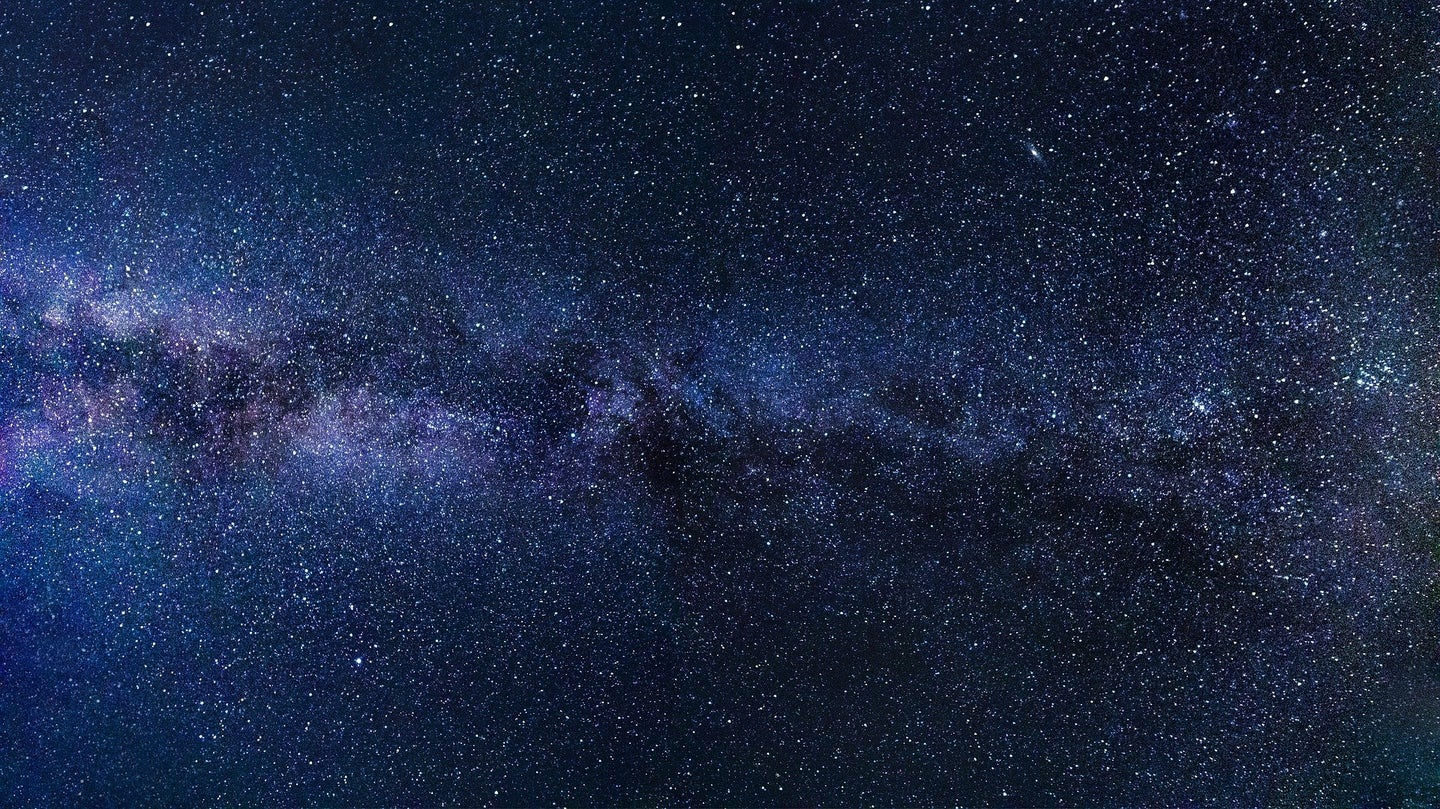 The Milky Way's double disks seem to be a normal occurrence, according to recent research. Pixabay
SHARE

There’s more to the Milky Way than meets the eye. The silvery stream that spills across the night sky is just one piece of the complicated bundle of stars that makes up our galaxy. Astronomers have dubbed this pinwheel shape the “thin disk,” which sits inside a fluffier “thick disk” of stars a few times as tall, a bit like the filling inside a Boston cream doughnut.

But where did the two disks come from? Are they a scar from a cosmic childhood trauma, or an inevitable mark of galactic maturity? With just one sample galaxy (our own) to study in detail, astrophysicists and astronomers have struggled to land on one origin story. Now, a new survey has spotted some of the strongest evidence yet for similar disks in a neighboring galaxy. The finding suggests that the Milky Way’s dual disks are a common galactic evolution, not the unique result of some extraordinary past. That confirms our galaxy’s potential as a powerful example for understanding galaxies all over the universe.

“We can take all of these lessons from the Milky Way and apply them to all these other galaxies,” says Jesse van de Sande, an astronomer at the University of Sydney and coauthor of the new research. “But that only works if the Milky Way isn’t special.”

In practice, astronomers separate the two disks of the Milky Way by their composition. The stars of the thin disk are swimming in metals (which, from the peculiar perspective of astronomers, means all elements heavier than hydrogen and helium), while “metals” are rather rare in thick disk stars.

This difference establishes a rough timeline, giving astrophysicists the “when.” Thick-disk stars formed first, directly from the hydrogen and helium gas clouds that choked the young universe. Secondary, thin-disk stars started to form hundreds of millions of years later, after the early generations of stars had time to forge heavier elements and explode, spewing metals in every direction.

But working out the “how” has proven tricky. To get two clear disks, some process must have dramatically slowed star formation throughout the whole galaxy as it transitioned between the era of the first disk and the era of the second disk.

[Related: Meet the disk-shaped halo of hot gas you currently live in]

Two leading theories have emerged. Maybe the young Milky Way smashed into a similarly sized galaxy after the first disk formed, stirring up its gas and dust too much for stars to gravitationally pull themselves together.

Or, perhaps the two disks resulted from two different types of supernovae, each churning out metals in different ways. Early on, so-called “core-collapse” supernovae were the norm because the giant stars that cause them were plentiful. After the galaxy’s big stars popped off, another flavor of supernova (perhaps caused by smaller stars colliding) would have taken over.

The debate has far reaching consequences. Much of what astronomers know about galaxies is based on the Milky Way, since it’s the galaxy they can see most clearly. But if its large-scale features arose from a one-off collision billions of years ago, then researchers have risked basing their theories on a lone, misshapen galaxy.

“If it turns out the Milky Way is unique because of some merger event 8 billion years ago, then that whole picture of using our Milky Way as a template for all other galaxies just falls apart,” van de Sande says.

A galaxy not so far, far away

To find out whether the Milky Way is an oddball, van de Sande and his collaborators pointed the Multi Unit Spectroscopic Explorer (MUSE) of Chile’s Very Large Telescope (VLT) at nine galaxies, all relatively nearby and generally similar to the Milky Way in size and shape. The team was looking for evidence of similar two-disk configurations by looking at the galaxies’ distribution of “metals,” to check if they match what astronomers see in our own double-disk galaxy.

Previous attempts to pick out patterns in metallicity have been inconclusive because most telescopes perceive far off galaxies as single points of light. But MUSE can simultaneously image many thousands of points within a galaxy. “It produces images that are almost as good as Hubble,” says Nicholas Scott, a coauthor also at the University of Sydney.

Seven of their observations were successful, and they set to work analyzing the metal distribution of the galaxy that appears the most edge-on from Earth, figuring that its orientation would help the thin disk pop out from within the thick disk. They were right.

“The first galaxy that we looked at, bam, straight away we got the bimodal star distribution,” or thin and thick disk combo, van de Sande says. The existence of a second two-disk galaxy suggests that the Milky Way is rather vanilla, perhaps because the two types of supernovae naturally produce thin and thick disks in most spiral galaxies. The group published their results May 24 in The Astrophysical Journal Letters.

[Related: The Milky Way could have dozens of alien civilizations capable of contacting us]

The finding is not quite definitive. Not even MUSE can image individual stars in other galaxies, so the metal distribution is more blurred than what astronomers have assembled for the Milky Way. “It’s like [comparing] apples to something almost like apples,” Scott says.

And while two galaxies with disks are better than one, the discovery doesn’t rule out both galaxies experiencing violent collisions while young. Simulations have found that such mashups happen to about 1 in 20 galaxies—rare, but not exceedingly so. To strengthen their result, the astronomers plan to analyze the remaining six galaxies they have data for, and eventually return to the VLT to expand their search. “The next step is to go big on this,” van de Sande says.

For now, astronomers can feel a bit more secure that they likely have a prime view of a very standard galaxy.

“We’ll always know more about the Milky Way than any other galaxy. If we can take that detail and apply it to other galaxies where we have limited data and fuzzy images,” Scott says, “that’s such a powerful tool.”