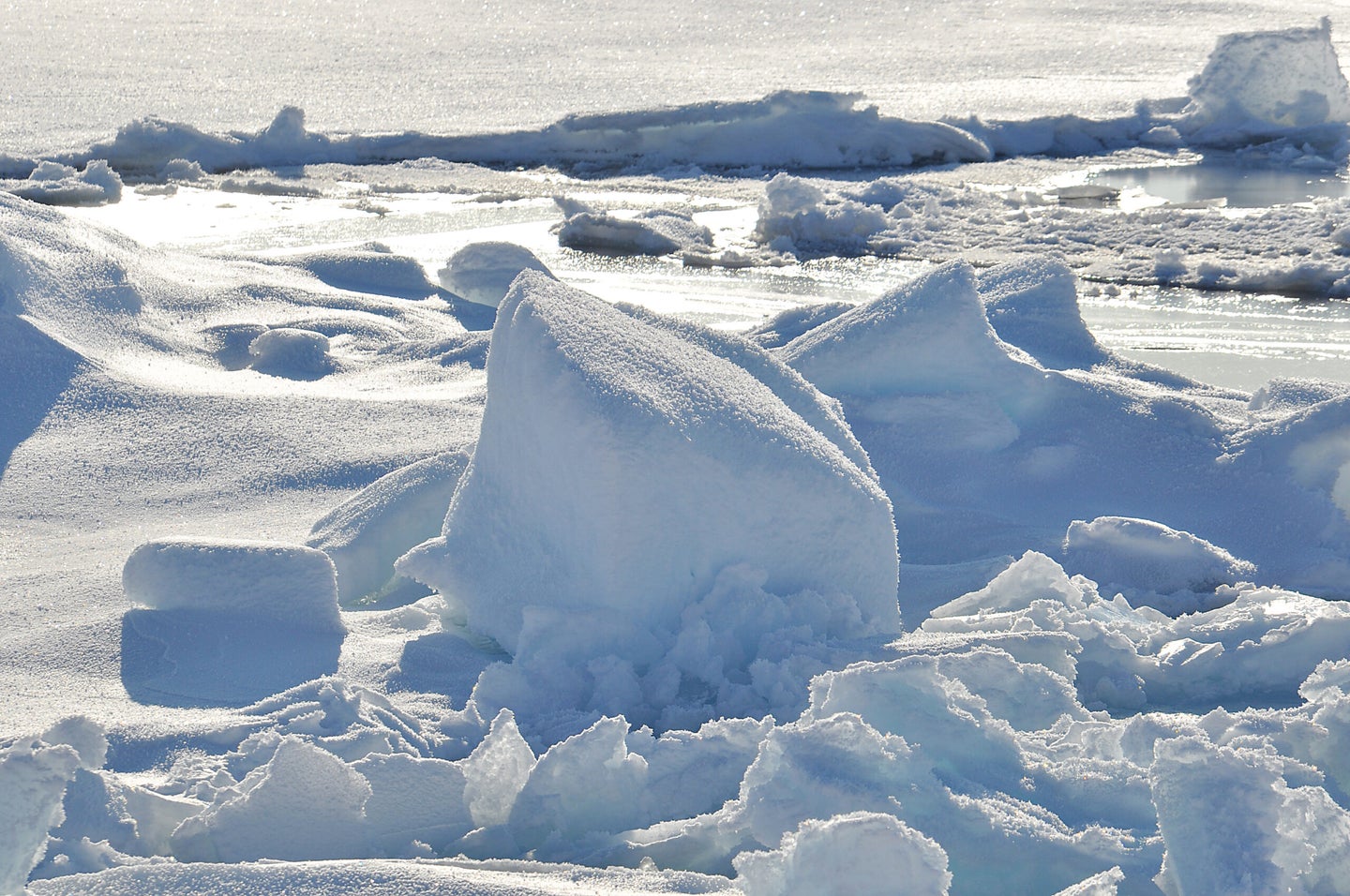 Melting polar regions are already causing unprecedented sea level rise but there are other threats besides water buried in the swiftly melting ice.

Since 2003, large viruses (longer than 0.5 microns) have been found ensconced in permafrost, a layer of soil in the Arctic that is usually permanently frozen. In a new study published in PNAS today, scientists announced that they were studying a 30,000 year old virus found in the same frigid environment. The ancient virus, Mollivirus sibericum, is able to infect a modern amoeba, which raises concerns among scientists.

The authors of the paper worry that while the few ancient viruses identified in the permafrost sample don’t appear to be harmful to humans (they haven’t found varieties of small pox or herpes), others might not be so benign.

There is a concern that rising temperatures and melting ice–not to mention oil exploration in the Arctic–could see the reappearance of ancient deadly viruses.

“If we are not careful, and we industrialize these areas without putting safeguards in place, we run the risk of one day waking up viruses such as small pox that we thought were eradicated,” one of the lead researchers, Jean-Michel Claverie, told AFP.

And it isn’t just giant viruses found in the colder regions of the world. Small viruses were recently discovered in arctic lakes. It looks like all kinds of infection-causing viruses could defrost as the world warms.