All we are is trains in the wind 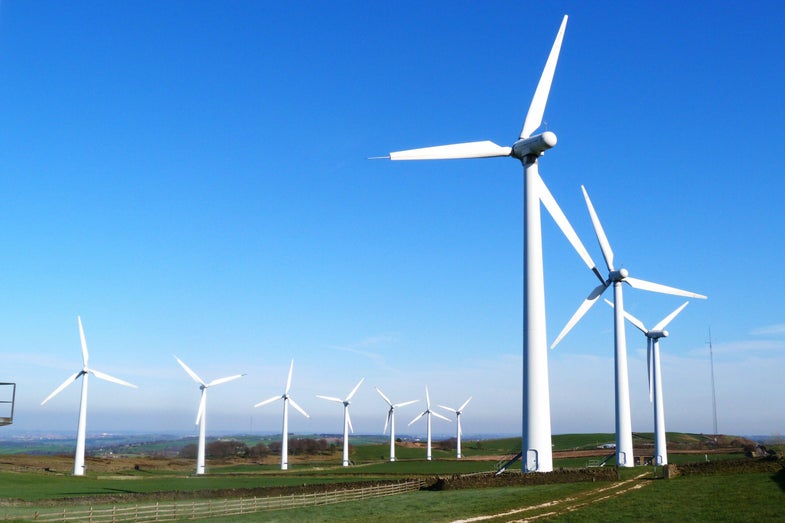 What if on your next rail journey, the train not only sped along the countryside fast as the wind, it was actually powered by the breeze? If you travel on a train in the Netherlands in 2018, that might just be your reality.

Under a deal written up in 2014, starting this year about half of the electric trains in the Netherlands run on wind power. But the contract between railway companies and power suppliers aims to push that number higher. As Railway Technology reports, the agreement will see the trains running on completely on wind power by 2018. The energy will be generated from wind farms within the country but also in Belgium, and nearby Scandinavian countries.

The railway, which carries 1.2 million passengers every day, released about 550 kilotons of carbon dioxide before it started the switch to wind power earlier this year. The hope is to bring that number down to zero. The decrease comes at just the right time. Dutch citizens recently sued their government to reduce CO2 emissions to levels 25 percent lower than those in 1990 by the year 2020. Cutting out all CO2 from trains by 2018 is a step in that direction.

It will be a long while before wind-powered trains arrive in the United States. Currently, wind power companies in America are focusing on an earlier step in the process; actually building wind farms. The closest point of intersection between the wind power and transportation industries seems to be figuring out how to transport the massive turbine parts from manufacturers to the building site. With some turbine blades weighing thousands of pounds and stretching over 180 feet long just getting from point A to point B requires a logistics nightmare of conventional trucks and trains.

Once wind farms are ubiquitous, rail companies might decide to follow the Dutch model. In the meantime, the United States is developing more efficient train engines that release fewer pollutants into the air. It may not be wind-powered trains, but it’s a start.