Smartphones with no buttons or ports look cool, but you probably don’t want them yet

Meizu's Zero phone relies on some technology that's still in the works. 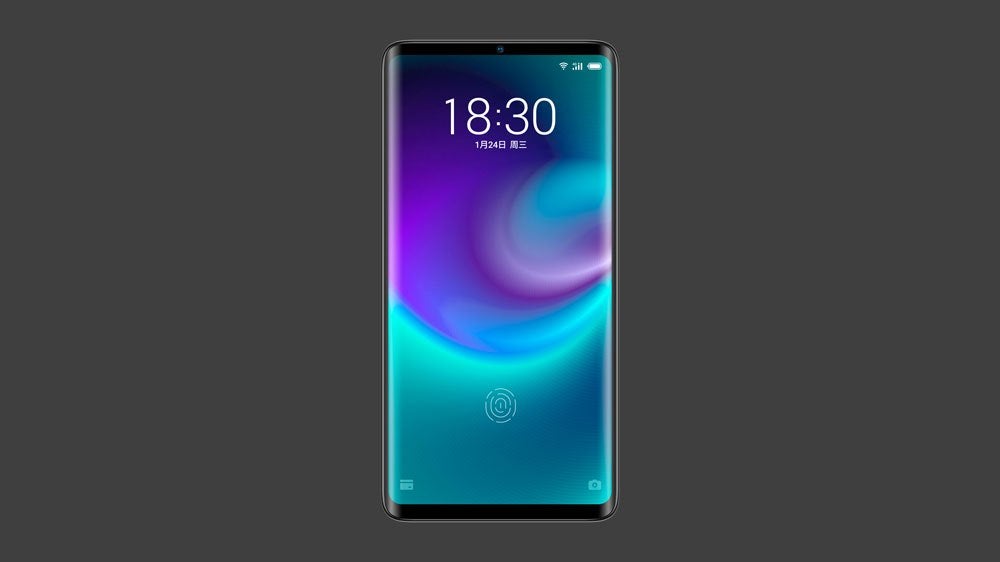 Smartphones haven’t always been as rugged as they are now. If you’ve ever put your phone in a bag of rice in the hopes of drying it out after a quick dip in the sink, then you remember just how susceptible to water smartphones used to be. (By the way, that rice trick never really did anything). Modern smartphones, however, have gotten adept at sealing edges around vulnerable spots like buttons, speaker holes, charging ports, and even the rapidly-fading headphone jacks.

Chinese smartphone maker Meizu, however, took the concept of a sealed phone another step. There are no physical buttons. There are no ports. There isn’t even a slot for the SIM card. As a result, the phone is IP68 rated when it comes to water and dust resistance, which means it can sit in up to five feet of water for a half hour and still be fine. It looks pretty cool, too.

While the idea of a totally smooth phone is totally realistic, some of the technologies required to make it happen are still in the early stages, which make using this phone here in 2019 seem pretty tedious. Here’s a look at some of the tech that went into making this slab of a device.

The smartphone home button has been on its way out for a while now, but Meizu has replaced it with an in-display fingerprint sensor that allows you to unlock the phone. This isn’t the first time we’ve seen this technology, but it hasn’t made its way into many familiar flagship phones just yet. The sensor sits under the glass covering the phone’s 5.99-inch screen and identifies the pattern in the user’s fingerprint.

Facial recognition systems like Apple’s Face ID could also replace fingerprint readers completely. As companies like Samsung develop OLED displays that are increasingly transparent, the cameras for Face ID could, in theory, sit under the display without the need for a notch or a bezel.

The volume and power buttons are now “virtual buttons” which are pressure-sensitive areas of the device that provide a small vibration (called haptic feedback) to let you know when you’ve activated them. Virtual buttons like this typically don’t offer the same satisfying “click” you’d get from a physical button press, but it cuts down on the area in which water and dust might possibly get in.

Wireless charging is common now, but it has been relatively slow to catch on with consumers because, well, it charges your phone really slowly. With no USB-C port to funnel juice into the Meizu device, it relies entirely on a wireless charging pad to provide its power. Meizu says the charging pad that ships with the device can charge at up to 18w, which is considerably faster than the 9 and 7.5 watt performance you typically get with Samsung and Apple phones, respectively. Still, it won’t charge as fast as a cord would and you’ll likely get slower performance if you try to use a third-party charging pad.

Rather than equipping the Zero with a typical speaker, Meizu turned the phone’s screen itself into a way to generate sound. This isn’t a totally new concept. Sony has TVs that use vibration beneath the screen to create localized sounds. Samsung reportedly has plans for a similar “sound on display” technology for some upcoming devices. And other smartphone manufacturers like Vivo and Xioami have also used “piezoelectric” speakers underneath their phone displays to emanate sound right from the screen itself.

The SIM card in your phone is what allows it to communicate with the network that provides your service. You typically have to open the SIM slot by poking a small object like a paperclip or a special SIM tool into a tiny hole to pop out the tray. Instead of all that, the Zero uses an eSIM, which is a chip inside the phone that isn’t removable, but works similarly to a regular SIM. The benefit of an eSIM is apparent to frequent international travelers who want an easy way to add a new carrier service to their regular device. Many flagship phones like the iPhone XS models and the Pixel 3 have both an eSIM and a regular SIM slot so you can have two services running concurrently.

The downside for the Zero is that network support for eSIMs is still spotty, especially here in the United States. The company hasn’t announced any availability for the phone yet, though, so it may never come to the U.S. in the first place.

Connecting to a computer

The USB port on most phones charges the device, but it also allows you to transfer data to other devices like a computer. In the absence of a cable, the Zero relies on Wireless USB, which is not a very popular tech at the moment. Clearly, Meizu expects users will opt to backup and transfer data using the cloud.

Headphone jacks are hard to come by on high-end smartphones at the moment, so it’s no surprise there isn’t one here. Built-in Bluetooth lets you connect audio devices like speakers and headphones. Honestly, it would have been really awesome if the company did away with all the ports and buttons, but added a headphone jack.

A note about microphones

Look closely at the Zero and you’ll likely notice a few tiny pinholes around the device. Those are the microphones, which can’t be totally sealed off for the sake of sound transmission.