Up your smartphone game with these accessories 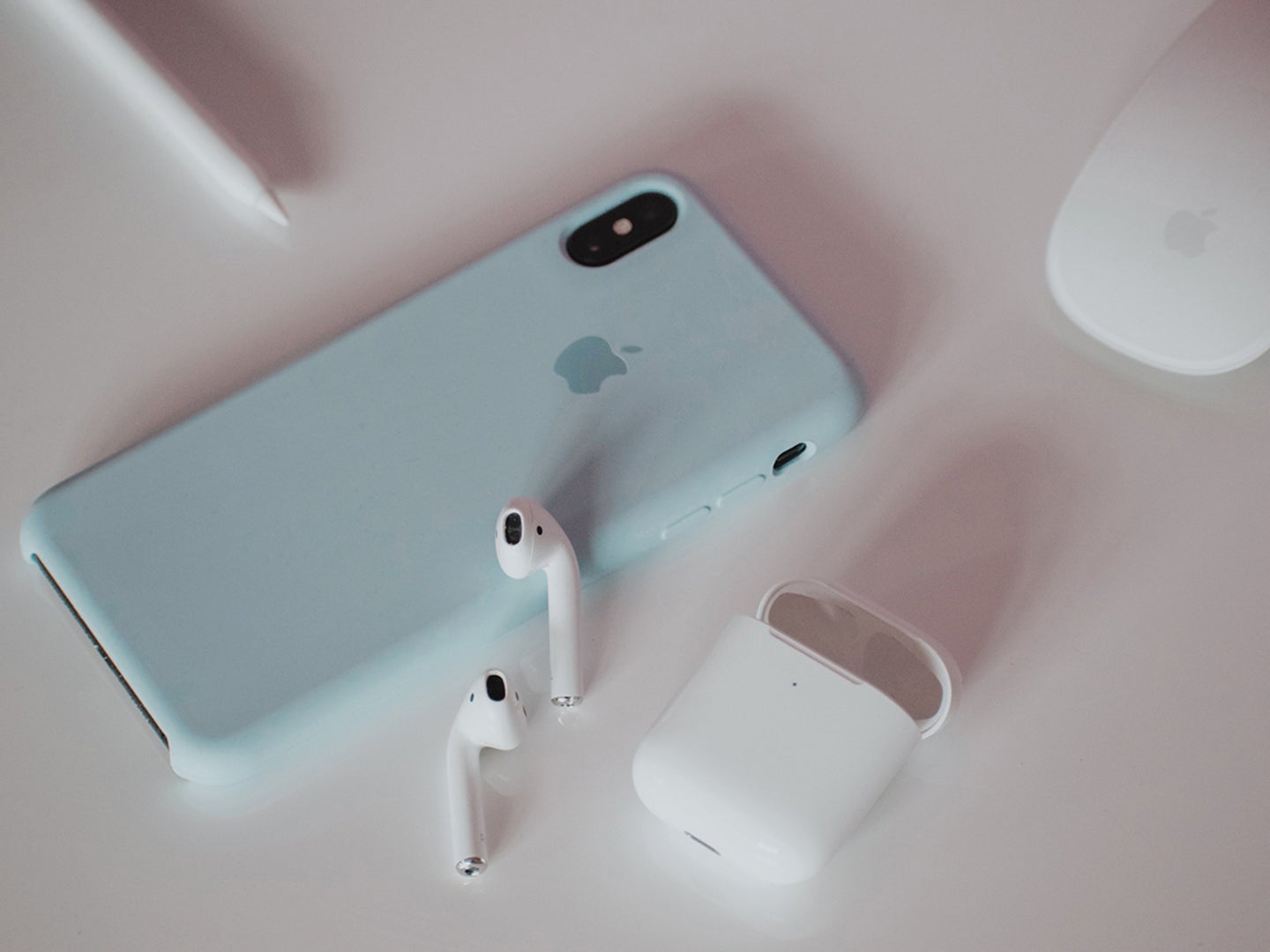 You’ve made it. Maybe you saved for a long time, or you convinced your partner to get one for you on your birthday, but the smartphone of your dreams is finally in your hands. You think things just cannot get any better, but we’re here to tell you that you are wrong—they definitely can.

While your phone is capable of doing an awful lot on its own, it can do even more with the right accessories: take better photos and videos, store more files, last longer on a single battery charge, and even double as a makeshift computer.

Get more file space with a storage card

Whether it’s for all your photos and videos, or the Netflix shows you need to download ahead of a long flight, extra storage space on your phone is always welcome.

The easiest way to expand your phone’s capacity is via a microSD card that you simply insert into your handset as if it were another SIM card. The bad news is that not all manufacturers make it easy for you—you won’t find an SD card slot on an iPhone, or the Google Pixel, for example. Other companies will let you expand your phone’s memory, but will restrict your options to their own technology. Such is the case of the most recent Huawei phones, for which you’ll need to buy the company’s own Nano Memory cards, which can be more expensive than the standard microSD ones.

Samsung’s Galaxy series phones do accept microSD cards, and if you’re willing to pay for it, the 2019 Galaxy S10 will even take a memory card up to 1TB in size. SanDisk will supply you with one for $440 on Amazon, while a more modest 256GB version will cost you $50 from Amazon. Just make sure your phone will work with the speed and capacity of the card you’re buying. If you’re unsure, the manufacturer’s support site for your phone or a quick web search should tell you.

If you do own an iPhone, one option is the SanDisk iXpand Flash Drive. For $45 on Amazon, you can buy a 128GB capacity one that plugs into your iPhone’s lightning port. It acts more like a flash drive, but it does give you a way to quickly get files off your phone and onto a computer. It’s not quite as slick as using a microSD card, and you’ll need to use a third-party app to move files over to it.

Upgrade your camera with a clip-on lens

Smartphone cameras are getting better all the time, but that doesn’t mean you can’t find a way to improve them. Clip-on lenses can help you do just that.

Take, for example, the Xenvo Pro Lens Kit ($40 on Amazon), which works with iPhone, Samsung, and Pixel devices. Once clipped to the back of your phone, it’ll let you expand the field of view by 45 percent with its wide-angle lens, or get you 15 times closer to your subject with the macro lens.

Meanwhile, the Mactrem Phone Camera Lens Kit ($30 on Amazon) comes with a total of nine different lenses to play around with, covering wide angle, fish eye, and telephoto lenses for a variety of effects. It works with recent iPhones and Samsung phones, but make sure to double-check compatibility before buying. And, as with any online purchase, read a few user reviews before buying.

For more professional-looking video there’s the Moment Anamorphic Lens ($150 on Amazon (though you also need a $30-$90 Moment case for it to attach to). It will give your clips a cinematic, widescreen look, plus improved clarity, and the added bonus of lens flare effects when the light is right.

Speaking of getting better pictures and video from your phone, bringing a compact tripod or gimbal along can help massively in reducing camera shake in all situations—from filming the kids on vacation to getting the perfect wildlife shot in your garden.

You can find options at all sorts of prices too. The GripTight GorillaPod Stand Pro ($40 on Amazon), for example, works with just about any modern cell phone, and lets you stand it up on flat surfaces or grip it to railings or tree branches.

If you want to pose with your friends but don’t want to turn your shot into a selfie, tripods can be helpful and will prevent your arm from taking up half the frame. Some, like the UBeesize Tripod S ($18 on Amazon), come with a remote control, but you can always use the timer on your phone to make sure you get into position before the camera snaps the picture.

For super-steady video, something like the DJI Osmo Mobile 3 ($130 on Amazon) can make a big difference in the quality of your final footage. Its adjustable arm can also fit around just about every phone on the market at the moment, and it features easy-access controls for starting and stopping recordings.

Make it last with a battery pack

Even the latest and greatest smartphones struggle to make it much beyond a day in terms of battery life, and as handsets start to age, they’ll run out faster. Two accessories can help out here: portable battery packs and battery cases, which will help protect your handset and keep it running longer.

With battery packs, the more juice you want, the bigger they are, and the more you have to pay. The Mophie Powerstation PD XL ($72 on Amazon) supplies a respectable amount of battery power in a small size—it comes with a 10,050-milliamp-hour battery, which is enough to recharge an iPhone 11 more than three times over.

Near the other end of the capacity scale is the Powercore+ 26800 PD from Anker ($130 on Amazon), which has enough juice on board to recharge an iPhone 11 more than eight times. It can even charge some USB-C laptops, depending on the make and model.

The market for battery cases is wide and varied. Run a quick search online for your phone’s make and model and the words “battery case,” and you should get a few alternatives to pick from. In the case of the Samsung Galaxy S10 Plus, for instance, one option is the ZeroLemon Battery Case ($30 on Amazon), which at 5,000 milliamp-hours more than doubles the original capacity of your phone.

Get a bigger display

On the subject of Galaxy phones, the S series phones from the S8 onwards include a feature called Samsung DeX—the ability to run a desktop-like operating system when hooked up to a larger screen such as a monitor or a TV. It’s still just Android and all the content and tools you already have in your phone, but you’ll be able to run apps side by side in separate windows, and have more space to work in.

In the case of the most recent Galaxy S10 and S10 Plus phones, DeX needs a USB-C-to-HDMI cable that will set you back $43 on Amazon. If you own a Note 10 or Note 10 Plus, you can use the same cable, or run DeX through a Windows or macOS computer using a USB-C-to-USB-C cable.

Not many other companies are developing desktop modes for their smartphones, but you’ve got other options for getting your phone’s display up on the big screen. In the case of most Android phones, for example, you can easily mirror the phone’s display to a Chromecast ($35 on Amazon).

If, on the other hand, you’re an iPhone user, AirPlay is the best way to get your phone’s display mirrored on a TV or monitor. The Apple TV will do the job nicely, though a growing number of televisions now come with AirPlay built in and will allow you to display your iPhone even without an Apple TV.

Charge your devices wirelessly and fuss-free

A growing number of phones now support wireless charging, but not many come with wireless charging pads built in. If yours did, you might find that you can get a third-party model that charges your device faster, or can even charge two devices at the same time.

For iPhone users, the Belkin Boost Up Wireless Charging Dock ($120 on Amazon) is a good example. Just pop down your iPhone and it’ll start charging, while also charging an Apple Watch. And if that’s not enough, you can even charge a third device using a USB port around the back.

For the serious power charger, there’s the Choetech Dual Wireless Charger ($43 on Amazon), which—you guessed it—can charge two devices at once, whether that’s an iPhone and a pair of AirPods, or two Samsung Galaxy phones side by side. Any device that supports the Qi wireless charging standard will work with this mat.

If you want more features beyond the wireless charging, take a look at the Grace Digital Mondo+ Classic ($200 on Amazon). It can play thousands of internet radio stations as well as music and podcasts from your phone over Bluetooth. It can also tell the time and set alarms, and it has a wireless Qi charging pad on top you can use with any Qi-enabled devices.

A serious smartphone gamer? Get a proper controller

By now, you’re probably addicted to at least one of the hundreds of thousands of games available for Android and iOS, but trying to tap controls and buttons on the display isn’t always the most comfortable way to play. They can be hard to hit, offer no tactile feedback, and often obscure your view of the action.

But this is a problem you can solve easily by investing in a gaming controller for your phone. These devices typically look like a traditional console controller, but they attach to your handset via a cable or Bluetooth connection, so you can keep your fingers away from the display while shooting down enemies, or navigating racing tracks at high speed.

The Ipega PG-9068 ($22 on Android) is a good option for Android users, coming with a clamp at the top for holding your phone in place (it should work with just about every handset on the market). You get two joysticks, a d-pad, and four buttons to map to your games. Note that whatever game you’re playing, it must support controller accessories, so make sure to check your game’s compatibilities before buying one.

Meanwhile, the SteelSeries Nimbus Wireless Gaming Controller ($50 from Apple) can add some extra accuracy and precision to your iPhone gaming. As a bonus, it’s also able to connect up to games on the iPad and Apple TV.