You won't find Alexa or Google assistant inside this speaker and that's fine. 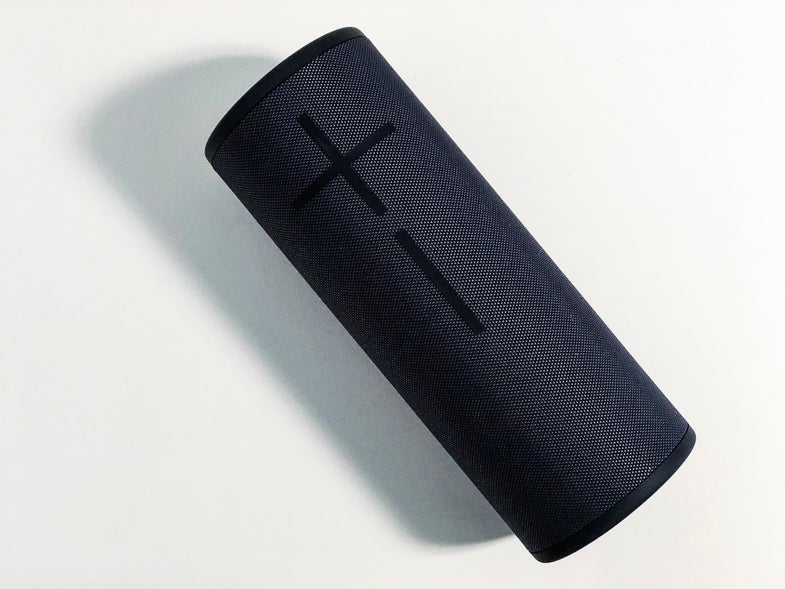 The original Ultimate Ears Boom speaker debuted way back in 2013. It was rugged, looked cool, and sounded surprisingly great in a time when most rugged Bluetooth speakers had the audio quality of an FM radio tied up in a garbage bag. Now, UE is rolling out the Boom 3 and the bigger Megaboom 3, both of which carry on the tradition of excellent audio products you don’t mind taking into the shower.

What you won’t find inside those stylish, tubular bodies, however, is Alexa. Unlike the Blast and the UE Megablast that arrived late last year. Instead of voice control, the Boom 3 added a single programmable button, and in some ways, that’s just better than a full-on digital assistant.

What is the UE Megaboom 3?

The $150 Boom 3 and the $200 Megaboom 3 are portable, battery-powered speakers that are waterproof and shaped in such a way that they throw sound in every direction. The Megaboom 3 is a physically larger speaker—imagine a fatter version of those tall Arizona iced tea cans you can buy at the gas station—that weighs in at almost exactly two pounds compared to the 1.34 pound Megaboom 3.

Neither of these portable Bluetooth speakers can talk to Alexa like the Blast and Megablast speakers UE released last year, but there are some benefits to make up for the lack of digital assistant for those who don’t want voice control in the first place.

So, what does the new button do?

The top of the UE Megaboom 3 now plays host to what UE calls the “magic button,” which allows you to control the music playing on the speaker without reaching for your phone. Pressing it once plays or pauses the music, while double-pressing it skips to the next track. If you use Apple Music or Android’s Deezer platforms to stream your tunes, you can use the UE app to designate up to four playlists that you can play immediately by pressing and holding the magic button for three seconds. I found myself using this a lot.

The idea of controls on a wireless audio device isn’t necessarily revolutionary—Bluetooth headphones let you control music on your device all the time. But the Magic Button’s implementation is really excellent and adds functionality I’ve wanted in this line of speakers since the first version.

The button isn’t perfect. It still lacks compatibility with other popular streaming services like Spotify and Pandora—at least for the moment—and you’re limited to just four playlists. But none of that mattered much when I was able to skip a song and didn’t want to hear in the shower without having to reach for my phone and get it all wet. It was similarly handy when my hands were covered in dirt from yard work.

And yes, Alexa compatibility would have let me do all of this using my voice, but that’s assuming it could hear me over the loud music and the internet connection was working and reliable enough to work at a reasonable speed. The button is easy and never said, “Sorry, I can’t help with that right now,” in a voice that’s both overly polite and infuriating.

By now, it shouldn’t come as a surprise that pretty much any UE portable speaker sounds great. The Megaboom 3 has enhanced bass response to give it more…boom. it’s not quite as loud as the more expensive Megablast speaker, but it easily filled my medium-sized backyard with sound when cranked to about half-volume. Cranked to full volume, it does a great job avoiding distortion, but it had so much volume I didn’t test that for long.

Continuing the comparison to the Megablast (UE’s $250 flagship speaker with Alexa), the Megaboom 3 makes up for its slightly lower max volume with an extra four hours of battery life—the Megaboom promises 20 hours of playback on a single charge. (The smaller Boom 3 checks in at 15 hours).

Both the Megaboom 3 and the Megablast can pair with another speaker to create a stereo effect, but the Megaboom 3 takes that feature another step, allowing you to sync up to 150 of the speakers at once. I honestly cannot imagine a situation where you need to sync up $30,000 worth of Bluetooth speakers, but if that’s your weird lottery fantasy, then be sure to buy a ticket tonight.

The Megaboom still charges with Micro USB instead of upgrading to USB-C, and now the charging port is on the side of the speaker instead of the bottom. The original models needed to charge on their side or upside down to accommodate the cable, so this is a minor, but impactful tweak. There’s also no more threaded tripod socket for attaching a carrying loop—instead the loop is integrated into the top of the speaker so you can sling it onto your bag with a carabiner.

Related: The best portable Bluetooth speaker for music lovers on the move

Should you buy the UE Megaboom 3?

At $200, the Megaboom 3 is a premium Bluetooth speaker, especially if you spring for the $40 charging station, which is really handy if you plan to keep it in one place. But when it comes to the experience of using it, the Megaboom makes a great case for itself. Twenty hours of battery life, music controls on the speaker itself, and a fully-waterproof IP67 construction make it a solid long-term purchase.