Appliances, smartphones and 8K TVs: More of the best gadgets from IFA 2018

Whip up a bratwurst and cruise the new gadgets. 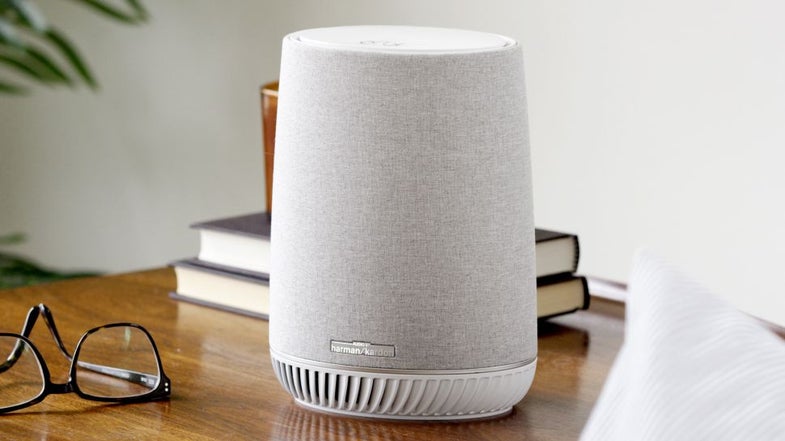 This year’s IFA, Europe’s biggest consumer electronics show, is just getting started, which means the steady stream of new gadgets and tech are pouring out onto the web. You don’t have to make the trip abroad to see the coolest stuff. So cook up a currywurst (a German street food involving curried ketchup and grilled bratwurst) and peruse some new gadgets.

We’re expecting to see a wave of new 8K super-duper-high-resolution TVs at CES (the world’s largest consumer electronics show) in January, but Sony, LG, and Samsung are getting a head start. There’s still no real content to watch in 8K, but start preparing now for pixel overload.

The first smart speaker from Bose is called the Home Speaker 500 and it has Alexa built in. It also has a small display to show album art for whatever you’re listening to. Bose has a solid track record when it comes to sound quality on devices like this, but the design has a definite Sharper Image aesthetic going on.

On the other end of the design spectrum are Logitech’s new Boom 3 and Megaboom 3 speakers. This line has been great since its inception. Now, they’re more durable—withstanding drops up to three feet—and a “Magic Button” cycles through playlists without having to use your phone to control it.

OLED screens are becoming standard in high-end smartphones and now Sony’s $900 flagship device has a six-inch display for high-end mobile gaming. With a Snapdragon 845 processor and 64GB of internal storage, it’s a strong device. But new smartphones from Google and Apple are on the horizon, so this device might get lost in the shuffle.

Fit is crucial for wireless headphones.Jaybird combines redesigned silicon hooks to keep them in your ears with soft, Comply Foam tips that seal your ear canal to improve sound isolation. They’re shipping now for $130.

Harmon Kardon and Netgear teamed up to create an Alexa-powered smart speaker that integrates into a mesh Wi-Fi network (essentially a series of small routers around your home spraying internet everywhere instead of one big router tucked away in the corner of your house). If it seems like there are a lot of smart speakers hitting the market right now, you’re absolutely right. We’ll find out which one wins after this year’s holiday shopping season.