‘Waterproof’ can have many meanings when it comes to gadgets

Can your device withstand a dip in the pool? That depends. 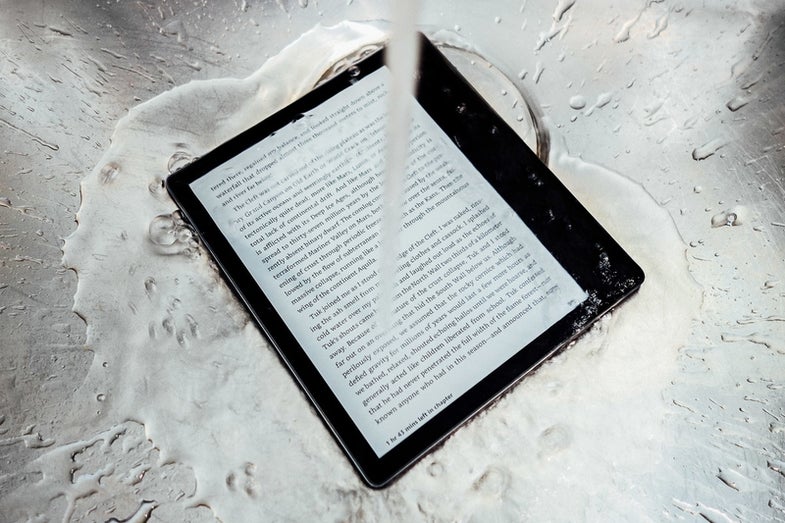 I vividly remember standing in my kitchen, gently laying my iPhone 4 into a bowl of uncooked rice. The device had taken an unfortunate tumble into a sink full of dishwater, and its fragile electronic innards met their liquid nemesis head-on.and The internet told me the rice would help dry it out (it didn’t). This doesn’t happen anymore. Now, most high-end smartphones are sealed up tight enough that a quick dip won’t phase them. The word “waterproof” attached to a gadget is comforting, but it’s worth knowing that all waterproofing isn’t created equal. Learning how to navigate the various classifications of water resistance in tech can help prevent your gadgets from dying a moist death.

The most common way to certify and quantify how resilient a gadget is when it comes to water is the Ingress Protection rating, which is typically expressed as “IP” followed by two numbers. This scale comes from the International Electrotechnical commission, which is headquartered in Geneva, Switzerland.

The first number that appears in the formula represents a device’s resistance to solid particles. The scale goes from 1-6, with one representing a complete lack of protection and six indicating that the device is sealed up tight enough to completely prevent dust from getting inside. Brands won’t typically advertise this number unless it’s at least a five or six.

The second number, however, is the waterproof rating. This gets slightly confusing because the scale can refer to a device’s ability to endure water jets, as well as its capacity for surviving submergence in various depths of water. The most typical ratings you’ll see when it comes to waterproofing are IPX7 and IPX8 (The X in these ratings is a variable to represent the solid ingress protection rating), both of which specifically relate to immersion, rather than spray from water jets.

Here’s what that part of the rating means: IPX7 devices can survive 30 minutes submerged in up to a meter of water without any liquid creeping inside. IPX8 devices, however, have a more variable testing criteria, so he certification organization and the manufacturer agree on the parameters of the test in terms of time and depth, which is always more durable than an IPX7. When you dig into the specs of a waterproof device with an IPX8 rating, you will typically find the specific depth (usually more than 10 feet) and the duration it can handle.

The National Electrical Manufacturers Association is a North American organization that also rates electronics on their ability to prevent ingress of damaging materials. These ratings, however, typically show up in industrial equipment and not on things like smartphones.

Waterproof vs. Water Resistant vs. splash-proof vs…..

This is where the language starts to get tricky. Typically, “waterproof” means that your device can survive a full dip the bathtub, but there are other classifications like “splash-proof,” “weather-proof,” and “water resistant” that muddy the waters in terms of toughness.

Water resistance has a specific meaning in the watch world, which has various levels of ingress protection outlined by a guideline called ISO 22810:2010.

Outside of the watch world, the whole nomenclature about levels of water resistance isn’t as specific. In fact, while most people call the iPhone “waterproof,” its IP67 rating means its sealed off from dust and can withstand a dip in shallow water, but it’s not meant to withstand a journey to the bottom of the pool’s deep end or even an extended stay in the shallow end.

As a general rule, it’s safe to assume gadgets marketed as “water-resistant,” “weatherproof,” “splash-proof,” or anything other than “waterproof” shouldn’t be fully submerged in water if you can avoid it.

What if a device gets water damaged?

There are methods for trying to resurrect gadgets that have taken an ill-advised dip.

iFixit has a step-by-step guide to fixing your electronics if you don’t mind cracking them open, which is—most of the time—the only way to clean things so you won’t get long-term corrosion damage. The water itself typically isn’t the problem, but the minerals and other compounds in the water conduct electricity and send shocks where they don’t belong, which fries your tech.

The first step is to dry it off and remove any cases or housings that come off and could trap moisture. Then, you can submerge it in something with absorbent properties. Experts debate the efficacy of this step, but it likely won’t hurt. Rice is the typical suggestion, but Rice Krispies also reportedly work very well. Rice didn’t save my iPhone 4, sadly. Perhaps the trick will work better for you.