Your smartphone is hijacking your brain. Here’s how to stop it.

Is there an app for that? 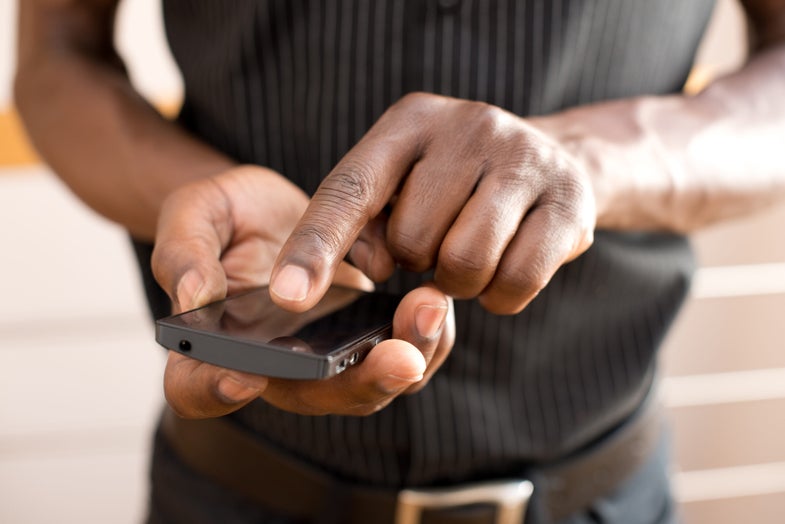 A sort of self-satisfied rage sets in whenever I see someone struggling to navigate typical life—and inconveniencing me in the process—because they simply cannot look up from their phone. I recently found myself stuck behind a woman gamely attempting to maneuver through a narrow bus aisle while keeping her gaze firmly attached to her screen. When she almost tripped over a broad step (which, in addition to slip-resistant traction, sported a wide, bright yellow streak designed to make the stair highly visible—no match for the glare of a smartphone, apparently) I had to hold back a snicker. I don’t think Manoush Zomorodi, the author of the recent book Bored and Brilliant: Rediscovering the Lost Art of Spacing Out, intended for the text to turn me into such a jerk. That’s just a side benefit.

In the book, which is an outgrowth of her WNYC podcast Note to Self, Zomorodi’s isn’t trying to turn readers into smug luddites who only own flip phones. Instead, the book’s seven challenges (one for each day in a week) are designed to help readers reclaim their time from digital distractions—without giving up smartphone usage—and to give them the mental space to be bored. Bored? Yes, bored.

“When we let ourselves space out and let our minds wander,” Zomordoi writes, “we do our most original thinking and problem solving; without distraction, your mind goes to some interesting and unexpected places. Creativity—no matter how you define or apply it— needs a push, and boredom, which allows new and different connections to form in our brain, is a most effective muse.”

So if your best idea for a new business is a start-up that replaces bodegas with vending machines, you might not be bored enough.

The book, which was released last month, emerges in an interesting time in terms of public discussion around the role of technology in our lives. More and more research suggests that constant access to information is changing our brains, and not necessarily in ways that we want. In the past, a lot of that attention focused on how technology could harm or help children. But increasingly, those of us well past the age of puberty are noticing how the internet has altered our behaviors. Book lovers find that they struggle to make their way through a novel; parents find that only half their attention is on their children. I picked up Zomorodi’s book because I’d developed the bad habit of never doing one thing a time, yet my to-do list never seemed to dwindle. And I’d find myself watching YouTube videos on double speed—the normal pace was far too slow.

Even some of the people who develop the technology we’re tethered to have noticed a disconnect between what these devices were supposed to do—make it easier for us to do the things we want to do—and the reality. Ex-Google strategist James Williams recently told a reporter that he left the company in part because he realized technology was stopping him from concentrating on the things that he wanted to focus on. “It was that kind of individual, existential realization: what’s going on?” he told The Guardian. “Isn’t technology supposed to be doing the complete opposite of this?”

Williams launched an organization, called Time Well Spent, that argues these tools are hijacking our minds. The website details how certain behaviors, like YouTube’s autoplay and Snapchat’s streaks, are designed to override our deeper desires and tap into our monkey brains to keep us watching, scrolling, and clicking.

Adrian Ward, a researcher at the University of Austin, has found that in many ways the internet is a lot like junk food. Just as snacks play on a deep biological need for sugar and fat, which tricks us into overeating these unhealthy foods, the internet messes with our cognitive functions to increase our dependence on it. Just being around a smartphone drives many to distraction, while heavy Googling has us increasingly outsourcing the task of remembering things to the cloud. That in turn means that we have to Google more and more things that we used to just have to commit to memory. Similarly, we may be taking more photos of things than ever, but we remember them less.

Of course, knowing all of this isn’t especially helpful unless we can do something about it, which is where Zomorodi’s book comes in handy. She outlines a seven-day program but each day’s activity—”keep your phone out of your hand when you’re in motion,” for instance—is a stand-alone activity; you don’t have to snowball it. While the idea can seem a bit trite, the book was most useful in helping to quantify just how much I was using my smartphone (and social media) in general (on my worst day I racked up 155 minutes that I’d probably like back; and my average was around 75 minutes per day). It also helped me figure out which of those uses were the least beneficial. Here are some tips to help you cut down on your smartphone time.

I would love to say that after going through the steps in Zomorodi’s program I emerged fully in control of my smartphone and internet usage. Ha. Nope. I still tweet way too much, and the number of times I unlock my phone in a day is shameful. But using my phone less does mean that I am noticing more—like New York City’s homeless crisis, which is playing out in the streets around our offices. When I see a young, pregnant homeless woman holding up a sign saying, “stressed and struggling,” I can’t help but wonder if the reason we spend so much time staring at our screens is that it’s easier than looking up and staring at problems we feel powerless to fix. But that same day, I saw an absolutely stunner of a sunset while riding the subway home. If I’d been on Twitter, I wouldn’t have seen that either. So whether or not you go through a formal smartphone detox, consider looking up once in a while.