It knows before your stomach does 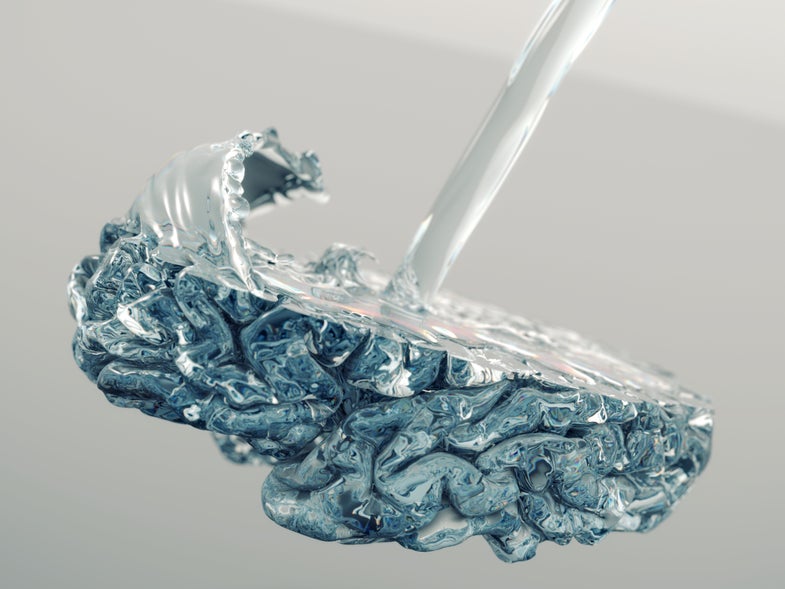 We all know the feeling of thirst, when nothing is as satisfying as an ice-cold glass of water. As simple as the response is though, the mechanisms behind what makes us thirsty are quite complex and not completely understood. Researchers, publishing today in the journal Nature, identified a group of neurons in the brain that seem to be responsible for the feeling of both thirst and of quenching it.

Physiologically, we may think of thirst as a response to changes in the volume of fluid in our blood. A lower volume of fluid would trigger us to increase our fluid intake, and once the volume returns to normal, we no longer feel thirsty. But something about that doesn’t add up. As the researchers noticed, drinking liquid relieves our thirst way before that large amount of fluid intake reaches our bloodstream–making it likely that some other mechanism within the brain was at work.

They focused on neurons in an area of the brain known as the subfornical organ (SFO), which is involved in fluid regulation. In an experiment in mice, the researchers used optogenetics to activate that area, triggering the mice to drink water rapidly. That confirmed that the SFO was involved in drinking regulation.

To figure out in what way it regulated behavior, the researchers gave the mice a very salty solution, which caused the neurons within the SFO to activate in a dose-dependent way: the more salty solution they got, the more neurons were activated. Afterwards, once the SFO neurons returned to baseline, the mice stopped drinking. This happened too fast, the researchers say, to be completely regulated by changes in the blood.

They also investigated a commonly held, yet little understood belief that cold beverages are more thirst-quenching than warmer beverages. The researchers gave the rats a choice of beverages that had different temperature levels. They found that while all of them brought the SFO neurons back to normal baseline levels, the colder ones did it at a faster rate.

The researchers think that these SFO neurons are capable of regulating our thirst in two ways: by responding to our food and beverage intake and also to our blood levels. That way they can better predict when we are thirsty and when we have really quenched our thirst. So take comfort in the fact that your brain is monitoring in real time exactly when to take the last sip.