Yes, The Air In Your Office Is Slowing Down Your Brain 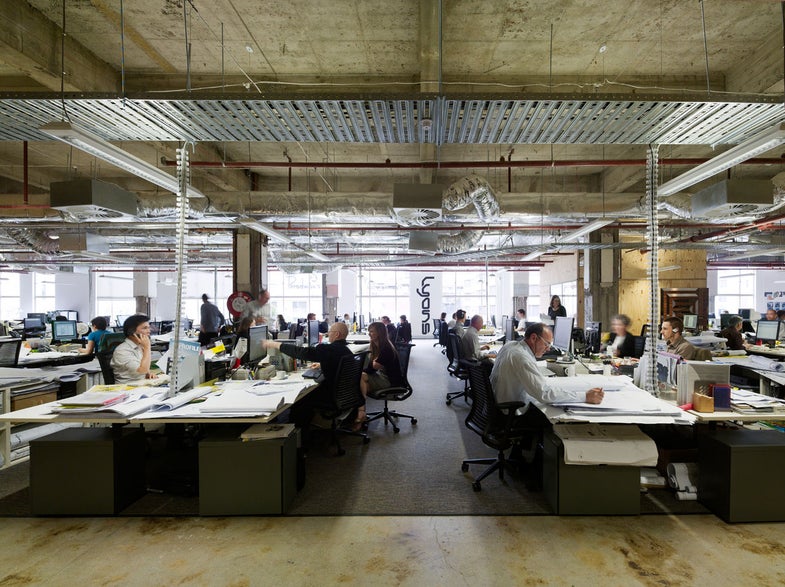 We spend about 90 percent of our time indoors, where things like building materials and cleaning products make the air many times more polluted than it is outside. And although many buildings now implement sustainable or green strategies to improve air quality inside, researchers still had questions about the potential health effects of various materials and chemical conditions on the building’s inhabitants. According to a study published last week in Environmental Health Reports, the poor air quality in conventional buildings can drastically reduce inhabitants’ cognitive function, limiting their workplace performance.

In the study, 24 workers spent six days working in an environmentally controlled office (the days studied were all in the middle of the week in order to eliminate “the concern about known mental effects of Mondays and Fridays,” as Ars Technica reports). Each day the researchers changed the level of carbon dioxide and volatile organic compounds, which can enter conventional workspaces through things like leaky furnaces and furniture, flooring, air fresheners, or paint respectively. The workers didn’t know what kind of air they were breathing that day, but every afternoon they would take a test that assessed their cognitive function, directly applicable to skills necessary in a work setting.

The researchers were overwhelmed by the results. On days when the air quality contained less carbon dioxide and volatile organic compounds, participants performed 61 percent better on cognitive tests. When the air quality was “green+” (intended to act as a control, presumably with negligible amounts of pollutants), the workers’ cognitive abilities doubled.

Air quality, it seems, has a huge effect on cognition—at least in the short-term. The study didn’t look at how these chemicals can affect workers over long periods of time. Though some chemicals like asbestos are known to cause lung problems if they are inhaled over the course of years, there aren’t a lot of answers about their cognitive effects. In future studies, the researchers hope to test air quality in real offices and to assess the long-term effects of various pollutants.