And recommends a solution 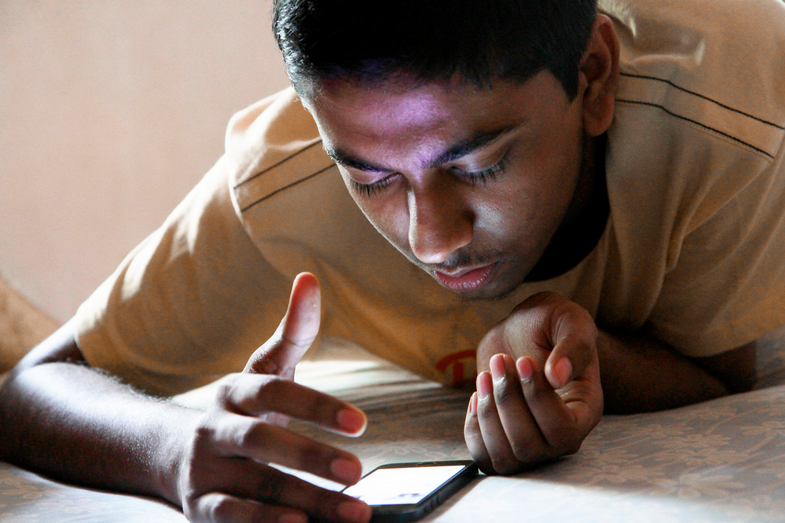 There are technological crimes that we all commit— repeatedly checking our phones, scrolling again through already-read Twitter feeds, and mindlessly swiping through app pages without opening anything. They’re all indicators of one thing: boredom.

If anything, we’re looking to technology to help us with this problem, but not finding the stimulation we require. In an effort to identify and banish smartphone boredom, researchers from Telefonica Research in Spain have developed Borapp, a boredom testing tool, and its sibling Borapp 2, a boredom curing tool.

The researchers found that males were bored more often than females, and when people are bored, they specifically check Instagram and their email, and fiddle with settings. Also, the more the phone was being used, the more bored the participants felt. Researchers now have cold, hard data on how we use phones specifically to kill time.

The authors wrote that this research should be taken as a “quasi-experiment,” and preliminary, because the sample size of 54 is small. Boredom also can’t be randomized, which complicates trial design.

Borapp tracks users’ interactions with their phones through 35 parameters, like battery level, whether the screen was turned on, and if music was playing. Over the two-week study, researchers collected more than 40,000,000 data points and 4,000 self-reports of boredom from 54 users. (From an original set of 61, seven users were filtered out because researchers didn’t think they were taking the study seriously.) The app would send a push notification in intervals greater than 60 minutes, more likely when the participant was using their phone. It would ask how energetic, positive, or bored the participant was on a five-point scale, and continuously log how the phone was used. This data allowed the Borapp to predict boredom with 82 percent accuracy, according to the study.

While Borapp is mainly for data gathering, researchers built Borapp 2 to actually remedy listlessness. If the app thinks a user is bored, it will send a notification suggesting a place on the internet designed to kill time with cat GIFs and digestable news: BuzzFeed.

Researchers write that when bored, people are more likely to click on suggested content. The study sees potential for mobile developers to use this information, so they can design experiences that engage users at their moments of boredom to talk with friends or clear their to-do lists.

The apps were free to download on the Google Play Store (and still are), and researchers recruited initial volunteers via email with the promise of 20 Euro gift cards. The researchers will present their findings at the UbiComp conference in Japan.

The same team has another research app in the Google Play Store named Call Me Maybe, which connects two phones and displays a widget predicting whether messages will be looked at or ignored.