New device would use electricity to plug gushing wounds

Zapping your nerves to jumpstart the blood clotting process 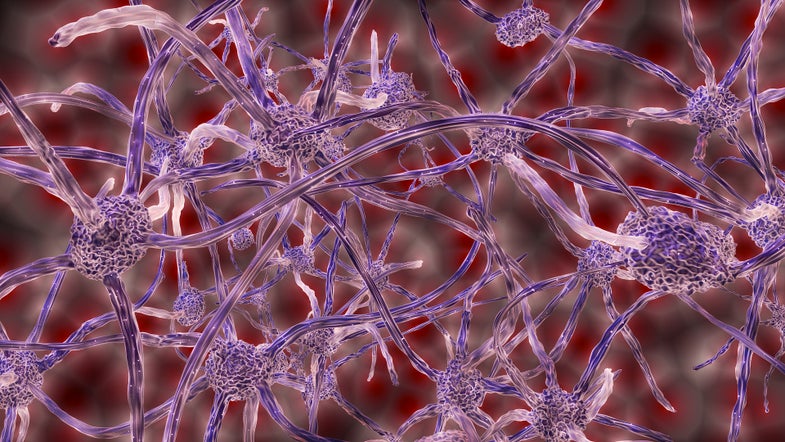 For centuries, if a doctor wanted to stop a bleeding wound, he would use the tourniquet method: Tightly wrap a piece of cloth around the area, which would essentially cut off blood flow to and from the wound. That ancient practice is still the go-to method today, and works well for most bleeding areas that are outside the body. But internal bleeding is much trickier to stop, and it can be just as life-threatening.

Now, a group of researchers is trying a new approach: Pass an electrical current through a nerve to kick the body’s blood clotting system into action. It sounds like something out of science fiction, but the mechanism behind it is based on a new and promising area of research called bioelectric medicine—the idea that our electrical wiring helps control nearly every bodily function, and can be harnessed.

The portable device would be placed somewhere on the body, and a very precise electrical current would pass through. That current would stimulate the vagus nerve, a main nerve in the body that connects the brain to vital organs like the heart, lungs, and many others. The vagus nerve would then trigger the spleen to release blood-clotting platelet cells and send them to areas in need.

A 2010 study tested the device in pigs and found that the device reduced the total blood loss by 50 percent. According to IEEE Spectrum, the technology is being developed by a company called Sanguistat, a spinoff from the Feinstein Institute for Medical Research. Their next step is to perform a large clinical trial with the device specifically as a treatment for postpartum hemorrhage (a leading cause of maternal death worldwide). But the device could theoretically be used in a number of different situations: As a blood loss prevention strategy during surgery, for example, or as a high-tech tourniquet for emergency situations in the field.

Bioelectric medicine isn’t just being studied for bleeding. Doctors and researchers are beginning to explore its use in numerous other conditions like overactive bladder syndrome, digestive disorders, and even heart failure. But the research is still fairly new, and there’s a lot we still don’t understand about the vagus nerve (or the precise level of electrical activity that is necessary for it to work). Further research still needs to map out exactly which neurons connected to the vagus nerve perform what functions in the rest of the body. And while many studies show promise, others, such as a few attempting to treat heart failure, showed no improvement at all, according to STAT.

So as promising as it could be, don’t expect a zap to save your life anytime soon.