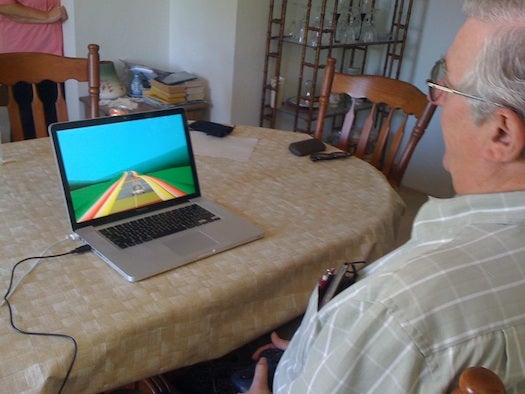 Grandma may not be able to multitask quite as well as you can, but that doesn’t mean she can’t learn. In a new study, researchers developed a driving-based video game that helped 60-plus folks multitask better than twentysomethings who didn’t play the game.

So much for so-called “digital natives”—seems it’s just a matter of getting the right practice.

The research group’s successes provide more evidence that it’s possible to reverse the decline in certain cognitive skills that come with normal aging, says the group’s leader, neuroscientist Adam Gazzaley of the University of California, San Francisco. “We should be excited that in the older brain, we can have some really nice effects after not an incredibly long period of training,” he said in a conference call with reporters.

This doesn’t mean all video games will help the brain functioning of all people. During the call, Gazzaley emphasized that the group’s game was specially designed, and that they got dramatic results by training and testing a group of people—those over age 60—that previous research has shown tend to fare more poorly on tests of certain brain skills. The study doesn’t even necessarily say anything about any commercially available brain game, Gazzaley says. “Until you carefully validate [a commercial brain game] with control groups, it’s premature to say that it will improve these abilities,” he says.

So what’s this great game that Gazzaley studied? It’s a custom job that his team developed with industry experts. Players have to steer along a windy track while reacting appropriately to signs that pop up along the way. It’s called NeuroRacer. 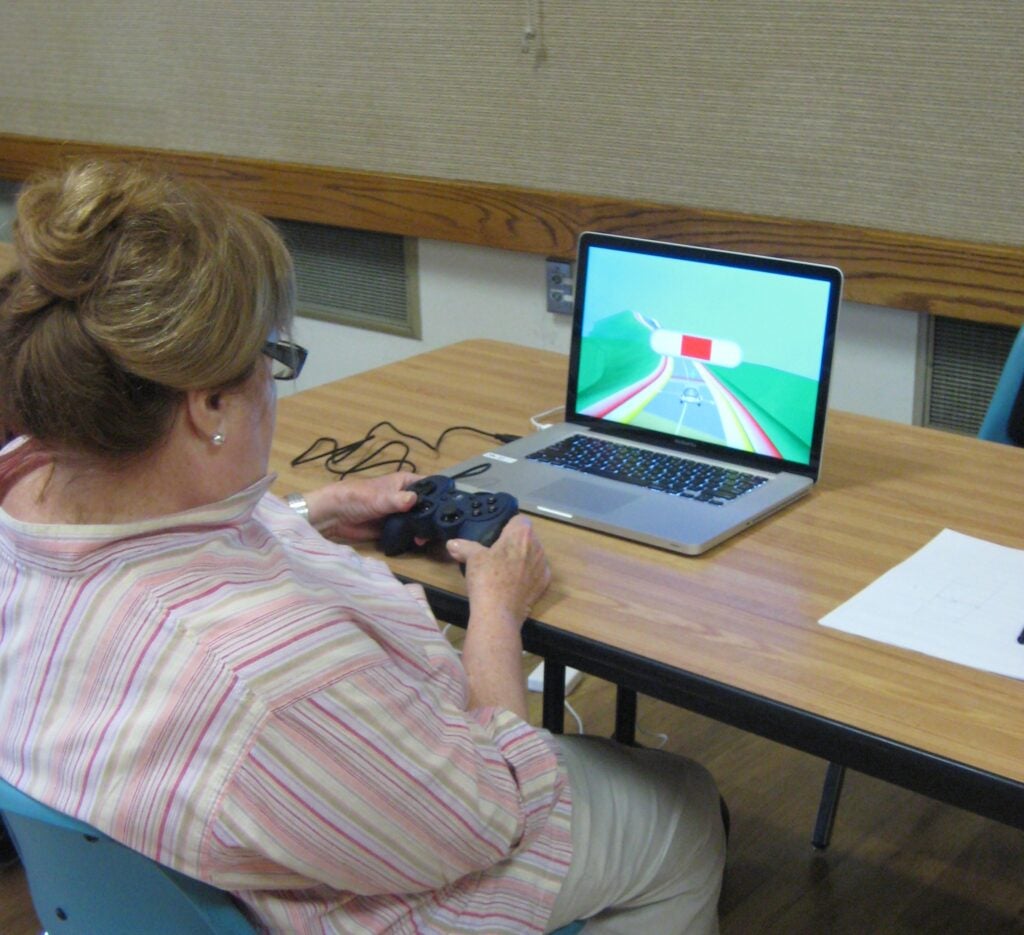 How well you do on NeuroRacer is measured by how much worse you fare when you have to both drive and react to signs compared to when you’re just responding to signs. When Gazzaley’s team tested the game in 174 healthy study volunteers of all ages, they found that the older the volunteers were, the bigger the hit their performance took when they had to do two tasks instead of one. The scientists’ findings jived with previous studies that have found that people lose a certain set of related cognitive skills with age, including reasoning and the ability to hold information in working memory.

Then, Gazzaley and his colleagues asked 16 new, healthy volunteers, aged 60 to 85, to go home and play NeuroRacer for one hour a day, three days a week. Another 30 adults over age 60 formed control groups. After four weeks of NeuroRacer-playing, the neuroscientists tested their volunteers again. On average, untrained older folks take a 64 percent hit in performance while multitasking in NeuroRacer. But after playing the game as prescribed, the “cost” of their multitasking fell to just 16 percent. Twentysomethings who played NeuroRacer just once incurred a multitasking cost of 37 percent. Older volunteers in the control groups, who either didn’t play anything or played the signs-only version of NeuroRacer, didn’t improve.

It wasn’t that the trained folks got better just at playing NeuroRacer. After training, they also fared better in tests of two other cognitive skills that involve similar areas in the brain as multitasking does, but which weren’t directly exercised in NeuroRacer. The volunteers got better at responding to infrequent important stimuli (Like a lifeguard, who has to watch kids play for hours without getting bored and missing the rare kid in trouble). They also improved their working memory, which holds information for brief periods of time.

The skill improvements appeared to correlate with physical changes in the brain. The researchers put their study volunteers through electroencephalography scans, which measure electrical activity in the brain, before and after their NeuroRacer training. After training, the older adults had EEG patterns from the prefrontal cortex that were like those of younger adults.

The improvements lasted six months after they’d finished their training, when researchers tested them again.

Certain aspects of NeuroRacer make it especially effective, Gazzaley thinks. The game monitors how players are doing, so every round is not too hard, nor too easy. People only advance if they truly multitask, both driving and responding to signs accurately; you can’t get ahead by specializing in one task at the expense of the other.

Sadly, you can’t get NeuroRacer anywhere outside of Gazzaley’s studies. The lab isn’t set up to commercialize games. The lab’s next plans for NeuroRacer are to test it in people with cognitive conditions such as depression or attention deficit hyperactivity disorder. It’s also working with a company to make mobile version, but only to test whether there’s a brain effect there, too.

Gazzaley and his colleagues published their work today in the journal Nature.