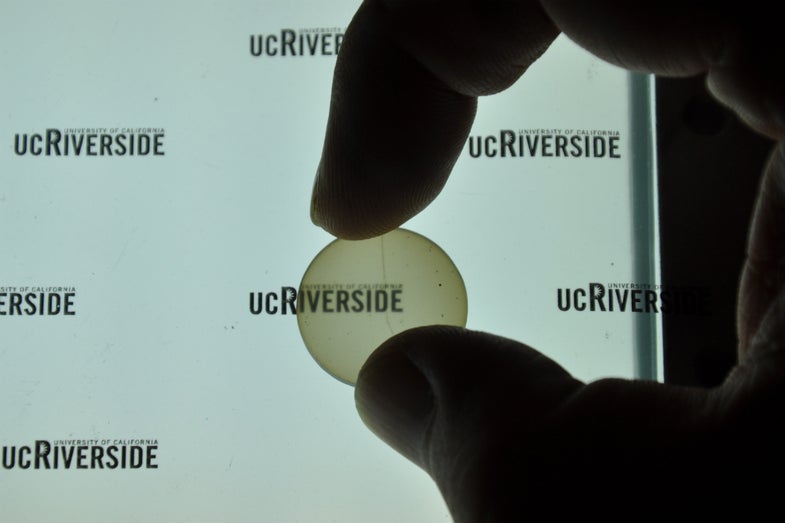 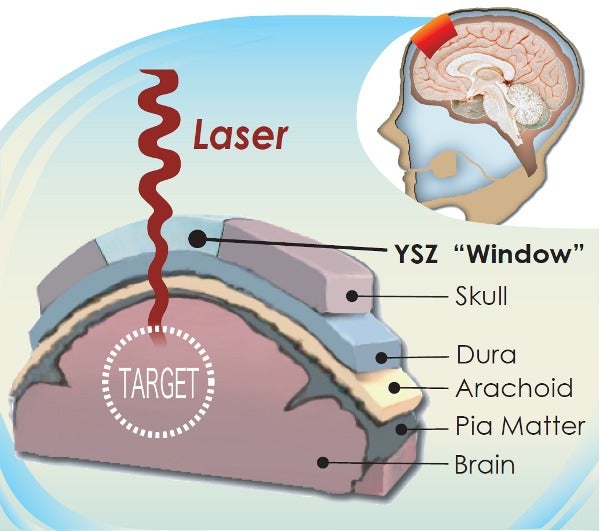 Researchers from the University of California, Riverside have debuted a new transparent cranial implant that could let doctors peek inside the brain without having to drill a new hole in the skull every time–a technique that could allow for easier treatment of neurological diseases.

Lasers have been used effectively to treat brain tumors and epilepsy, but most require making a hole in the skull for the laser to get through to the brain. Thinning the skull with a handheld drill increases its transparency for imaging, but also leaves the brain relatively unprotected, since the thinned bone isn’t as strong. The implant could be overlaid on the thinned part of the skull to provide increased protection, circumventing the need for patients to wear protective headgear to prevent brain injury (just imagine if something fell on your recently-thinned skull). 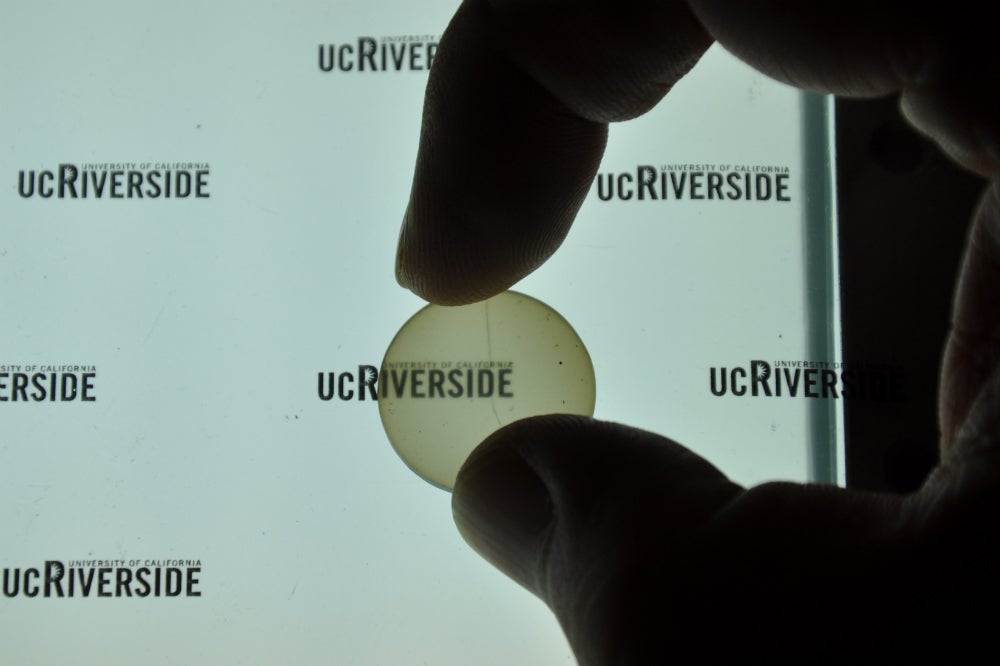 It’s made of yttria-stabilized zirconia (YSZ), a ceramic material already used in dental crowns and in hip replacements. The researchers made the usually opaque material transparent using what’s called the Current Activated Pressure Assisted Densification (CAPAD), which made the material less porous and more clear.

“This is a crucial first step towards an innovative new concept that would provide a clinically-viable means for optically accessing the brain, on-demand, over large areas, and on a chronically-recurring basis, without need for repeated craniectomies,” Devin Binder, an associate professor of biomedical sciences at the University of California, Riverside, said in a press statement.

Before it can be used clinically, the implant will need to be tested to see how the body responds to it over long periods of time–since what works in your tooth might not function the same way in your skull.

The technique is described in a study in Nanomedicine: Nanotechnology, Biology and Medicine.