How The World Will End, According To 1939

You will burn. You will freeze. And the moon will explode. Four gruesome apocalypse scenarios from the September 1939 issue of Popular Science. 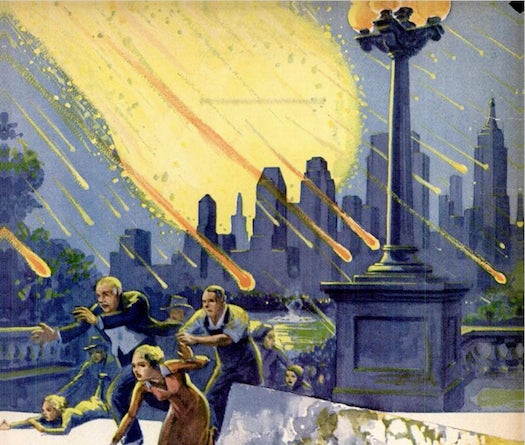 “A giant meteor running wild through space… may strike the Earth and spread havoc with its impact and scorching breath.”

Some say the world will end in fire, some say in ice. The scientists of 1939 would like to add “moon explosion” and “giant meteor” to that list—and they created some terrifying paintings to show you just what humanity’s demise will look like. Popular Science published those apocalyptic illustrations, along with a very upsetting three-page article, in its September 1939 issue.

In the image above, thousands of people run from Manhattan as meteors streak down around them. But their flight is futile, because a city-sized asteroid is about one nanosecond away from obliterating the Eastern time zone. “People that it missed would still be threatened, not only by terrible earthquakes, but even more by a searing air blast of hurricane velocity that would mushroom out from the point of impact,” Popular Science explains.

Read on for more vintage terror. 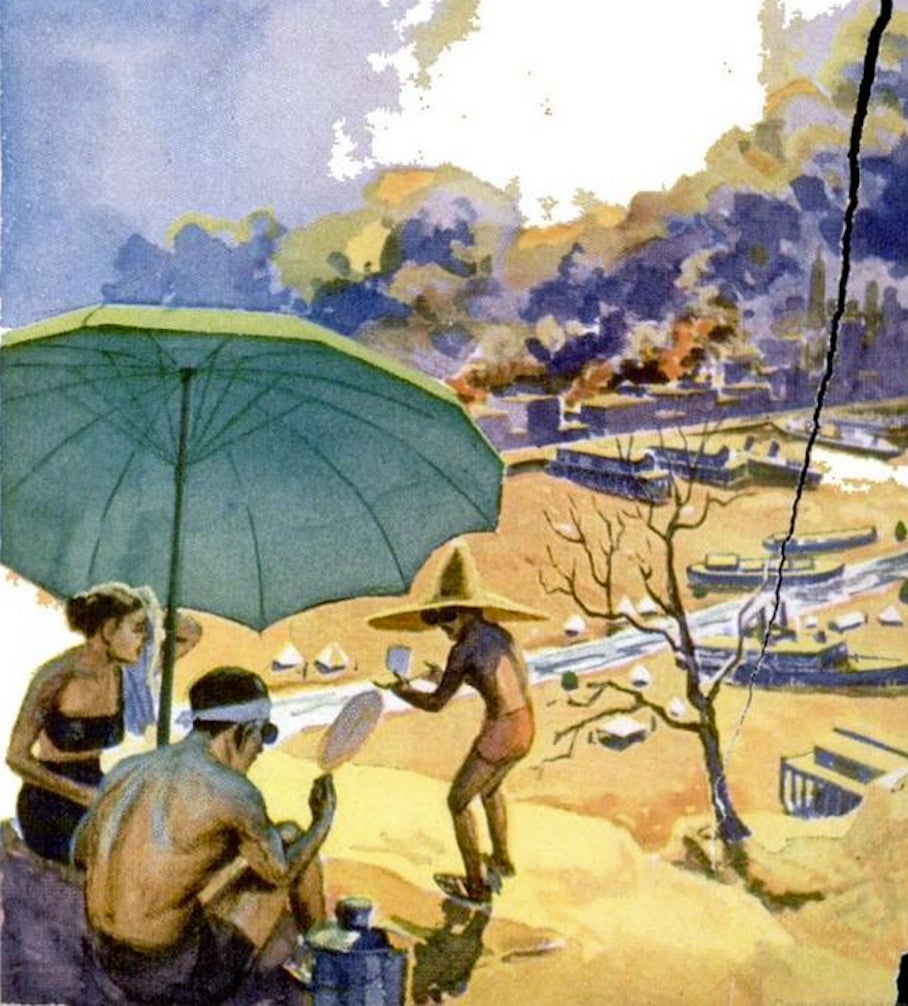 “If the sun grows hotter, life will perish in the superheated atmosphere.”

Look at those stylish men and women, fanning themselves on the beach as a metropolis burns to ash in the distance. Do they know they are about to die?

Sometimes a star becomes a ‘nova,’ or mysteriously flares up in brightness. Suppose that suddenly our own star, the sun, should likewise act as if a vast bellows were blowing a draft into its molten interior. In eight brief minutes the resulting blast of radiant heat would reach the earth, and all life on this planet would vanish in clouds of steam and puffs of smoke. 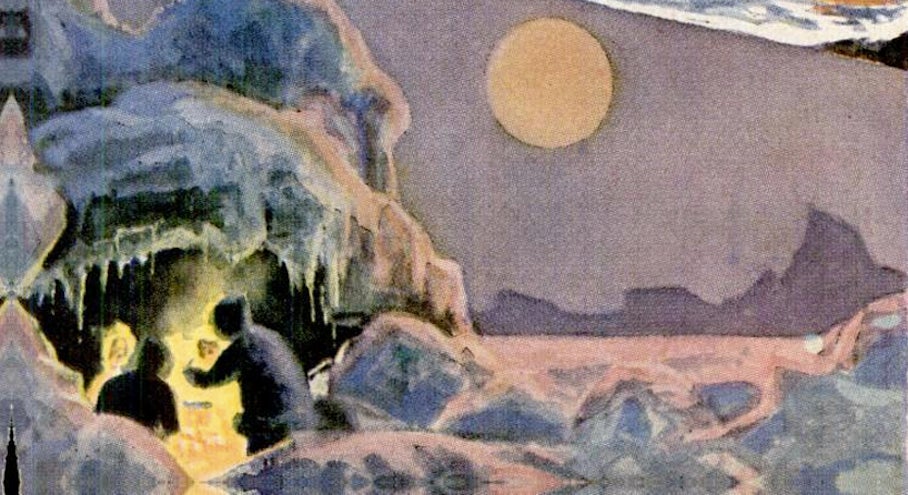 “As the sun burns out, ice will cover the earth and men will shiver around fires in dark caverns.”

This lonely, icy scene takes place not at one of Earth’s frozen poles, but at its equator. The sun is dying, slowly, and so are the four humans in this painting.

The sun will become a dull-red ball in a sullen sky, casting only a feeble, ruddy glow over ice that will cover the earth. For a time, human beings will be able to live near the equator, and then underground, beside perpetually burning fires. But when the solar furnace dwindles to a faint spark, the earth’s atmosphere will turn to liquid air and life will become impossible. 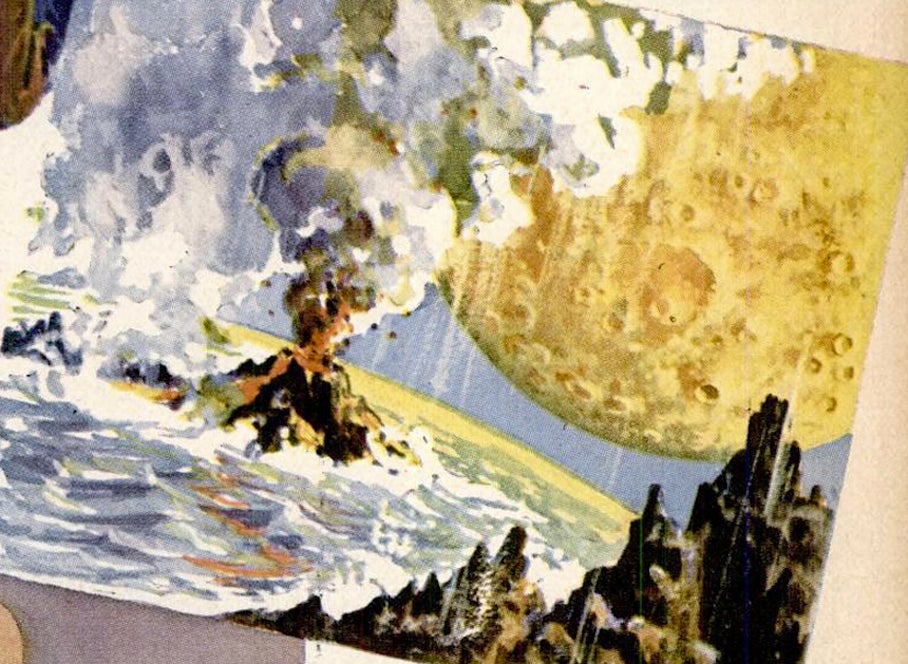 “The moon draws nearer the earth, raising enormous tides and unleashing the inferno seething beneath its crust.”

If Earth manages to avoid a sun-burst, sun-death, and giant meteors, it will be our own moon that finally does us in.

As tidal friction slows down the moon in its orbit, the earth will draw it nearer and nearer. To anyone still on earth, it will appear as an ominous golden-orange orb, fattening in apparent size until it reaches twenty-four times its present magnitude—no longer a friendly beacon by night, but a terror in the skies. Oceans will wash over all but the highest mountains. Racking strains in the earth’s crust will unleash the inferno that lies beneath.

Finally, Popular Science explains, the moon will get so close to Earth that it will experience “land tides,” causing our satellite to burst into rocky chunks that then rain down on Earth, “completing the destruction of anything alive.” The rest of the moon pieces will orbit around Earth in a ring, and our planet will live out its days like a grotesque version of Saturn.

Whew! Glad that’s over. Read the full story in the September 1939 issue of Popular Science.