We Can Now Sequence A Whole Human Genome In 26 Hours

For a critically ill infant, even seconds are a matter of life and death 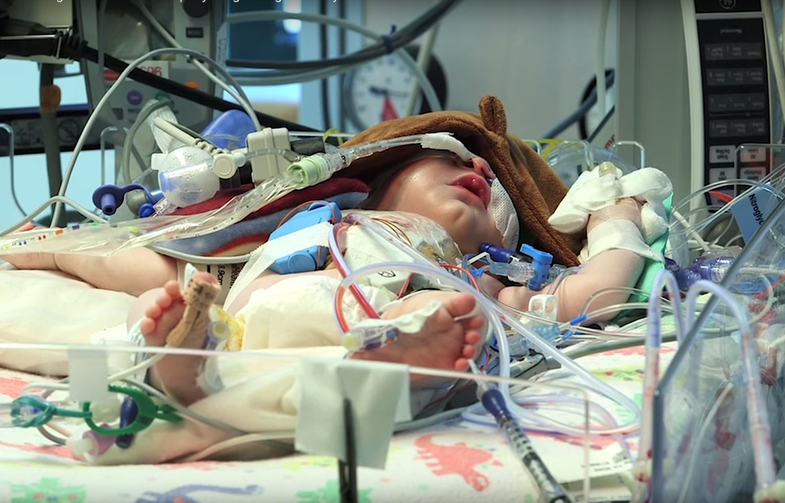 Genetic diseases are the leading cause of death for infants in the United States. Many doctors treating these infants rely on whole-genome sequencing to target the exact cause of the illness, and hopefully treat the disease in time. However, even the fastest sequencing technique till now has taken about 50 hours to complete, and many severely ill infants simply can’t wait that long.

Researchers at Children’s Mercy Hospital in Kansas City, MO, and the biotech company Edico Genome–the same group that developed the original 50-hour test–have managed to cut that time almost in half by using a new device that performs whole genome sequencing in 26 hours–the fastest sequencing technique to date. Their results were published Tuesday in the journal Genome Medicine.

While genome sequencing could help diagnose any individual with an unknown genetic disease, its rapid results are critically important for infants, as their symptoms are relatively vague–often just a fever, weight loss, or a cough–and they don’t yet have the ability to communicate the pain they feel. Whole genome sequencing can speak for that infant.

“In some babies, we have minutes or hours. If a baby’s blood sugar is low, basically you are counting the number of minutes without sugar,” said Stephen Kingsmore, the lead author of the study and the researcher who led the development of the technique, “In those cases, any delays can result in disease complications.”

The new technique has yet to be used in a hospital setting, but has been tested on the genomic data of infants who were previously treated via the 50-hour sequencing technique. The team tested 35 infants–all of whom were critically ill, less than four months old, and had a suspected but undiagnosed genetic disease. The new technique gave a correct diagnosis in 57 percent of the infants. Kingsmore and his team hope this faster sequencing technique could help in two ways: to diagnose patients more rapidly and be much more scalable so that it can be implemented in more hospitals and thus reach and help more patients–something the previous technique wasn’t able to do.

The slower, 50-hour sequencing technique was significantly more costly (three million dollars versus $6,500 with the new technique), both because of the technology it used and the number of technicians needed to run and analyze the data. In order to significantly reduce the amount of time it takes to complete, the researchers engineered an entire hardware system called DRAGEN, whose sole function is genome sequencing. DRAGEN is the first processor designed for genomic applications only and speeds up the data analysis from 22.5 hours to 41 minutes. “It’s a processor that is developed specifically for genomic analysis, and is something that makes it significantly better than any software based solution,” said Pieter van Rooyen, the CEO of Edico Genome.

They also employed faster software systems that were able to reduce the time even further including an ultra-rapid run mode on their sequencing instrument which saved five hours, an optimized software program that detects mutations in gene sequences, which saved two hours, and a software program called VIKING that translates the complex genomic data into clinical information that any pediatrician, neonatologist, or other doctor who hasn’t had specialized training in reading genomic data can use, saving another three hours. Using DRAGEN and its accompanying software, both Kingsmore and van Rooyan think this technique could be implemented in other hospitals to help more doctors diagnose patients with genetic diseases more quickly.

Kingsmore points out that “genome testing is still in its infancy,” and there aren’t enough doctors today who are trained in interpreting genomic data. It may take another generation of doctors who will learn this in school, so having the data given to the treating physician in a clinically usable format is crucial–especially in a neonatal intensive care unit where critical decisions must be made in a fastidious manner.

“At the end of the day, we have to deliver the information to generalist physicians in a way that they can grab it and use it,” Kingsmore said.

While the speed is crucial for diagnosing infants, Kingsmore thinks the relative ease of reading the genetic information could also have implications in treating cancer as part of the precision medicine initiative, which looks at cancer as a genetic disease and treats patients by using their unique genetic makeup and biological milieu.

Over the next three months, Kingsmore and his colleagues hope to test the new technique in a clinical setting at Rady’s Children’s Hospital in San Diego, where Kingsmore is now the chief executive officer of the Pediatric Genomics and Systems Medicine Institute within the hospital, as well as at Children’s Mercy in Kansas City. In the future, his team, in conjunction with Edico Genome, hope to further address readability by incorporating artificial intelligence into their system–which would interpret and analyze the results–so that physicians will be able to spend less time interpreting data and more time treating patients.