Building Better Knees For The NBA 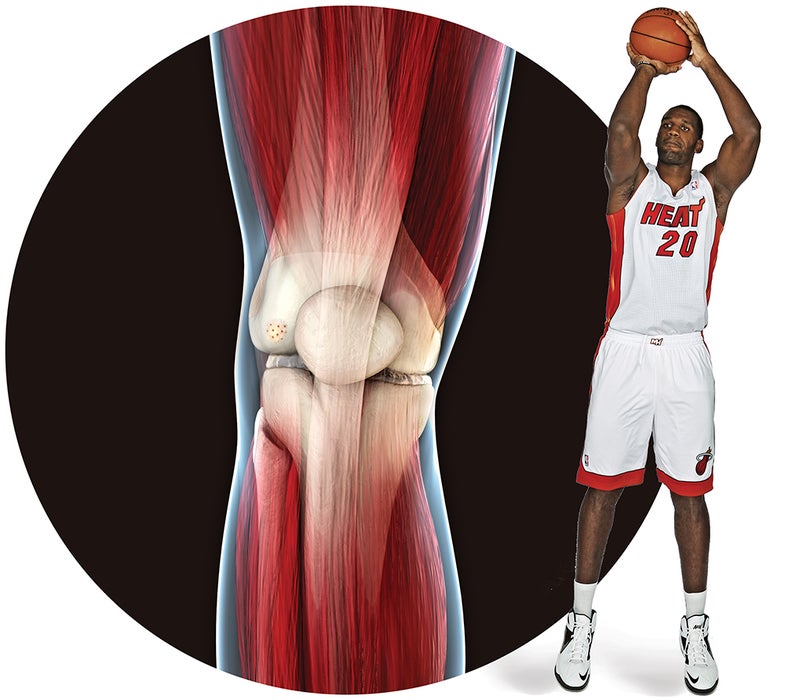 MIAMI, FL - SEPTEMBER 30: Greg Oden #20 of the Miami Heat poses for a photo during media day on September 30, 2013 at the American Airlines Arena in Miami, Florida. NOTE TO USER: User expressly acknowledges and agrees that, by downloading and or using this photograph, User is consenting to the terms and conditions of the Getty Images License Agreement. Mandatory Copyright Notice: Copyright 2013 NBAE (Photo by Issac Baldizon/NBAE via Getty Images). Issac Baldizon
SHARE

The stress of repetitive jumping makes NBA players particularly prone to painful, even career-ending cartilage lesions. For decades, microfracture surgery—pricking holes in the knee bone to stimulate tissue regrowth—was the gold-standard repair. But the fibrocartilage that forms is stiffer than the knee’s hyaline cartilage, impeding a return to elite play. “So many new procedures coming out are superior,” says orthopedist Joshua Harris, who studied microfracture’s impact on the NBA. Here’s how three of them work.

The Substitute that Delivers

To fix a lesion, doctors use osteochondral autograft transplant surgery (OATS) to transfer cartilage from a non-load-bearing section of the patient’s knee. Riley Williams, director of the Institute for Cartilage Repair at the Hospital for Special Surgery, says that unlike microfracture, this method implants the collagen-rich hyaline necessary to continue competing at the highest level. After undergoing OATS, 75 percent of athletes under age 25 maintained the same level of physical activity, compared to 37 percent who had undergone microfracture.

Used to treat large injuries, autologous chondrocyte implantation (ACI) involves harvesting cartilage from the patient and culturing the cells in a lab for several weeks. The new cells are then placed on a biodegradable matrix and glued to the damaged area. The two-step process requires open surgery and up to a year of rehab, which dissuades some athletes. “It’s difficult to convince people that an ACI is their best option,” says orthopedic surgeon Andreas Gomoll at Brigham and Women’s Hospital, even though it’s a more durable fix than microfracture.

Though not yet available in the U.S., matrix-induced ACI (MACI) and NeoCart both show great promise in Europe. MACI is essentially a one-step ACI: Because it’s completed during a single surgery, rehab time is minimal. Similarly, NeoCart, which is undergoing FDA trials, implants collagen on a biodegradable scaffold. Some studies have shown that non-athletes who underwent NeoCart recovered faster than microfracture patients. “Once good cartilage products become available, microfracture could become obsolete,” says Charles Roth of the Andrews Institute for Orthopaedics and Sports Medicine.