The millennia old footprints are caught in an archaeological debate. 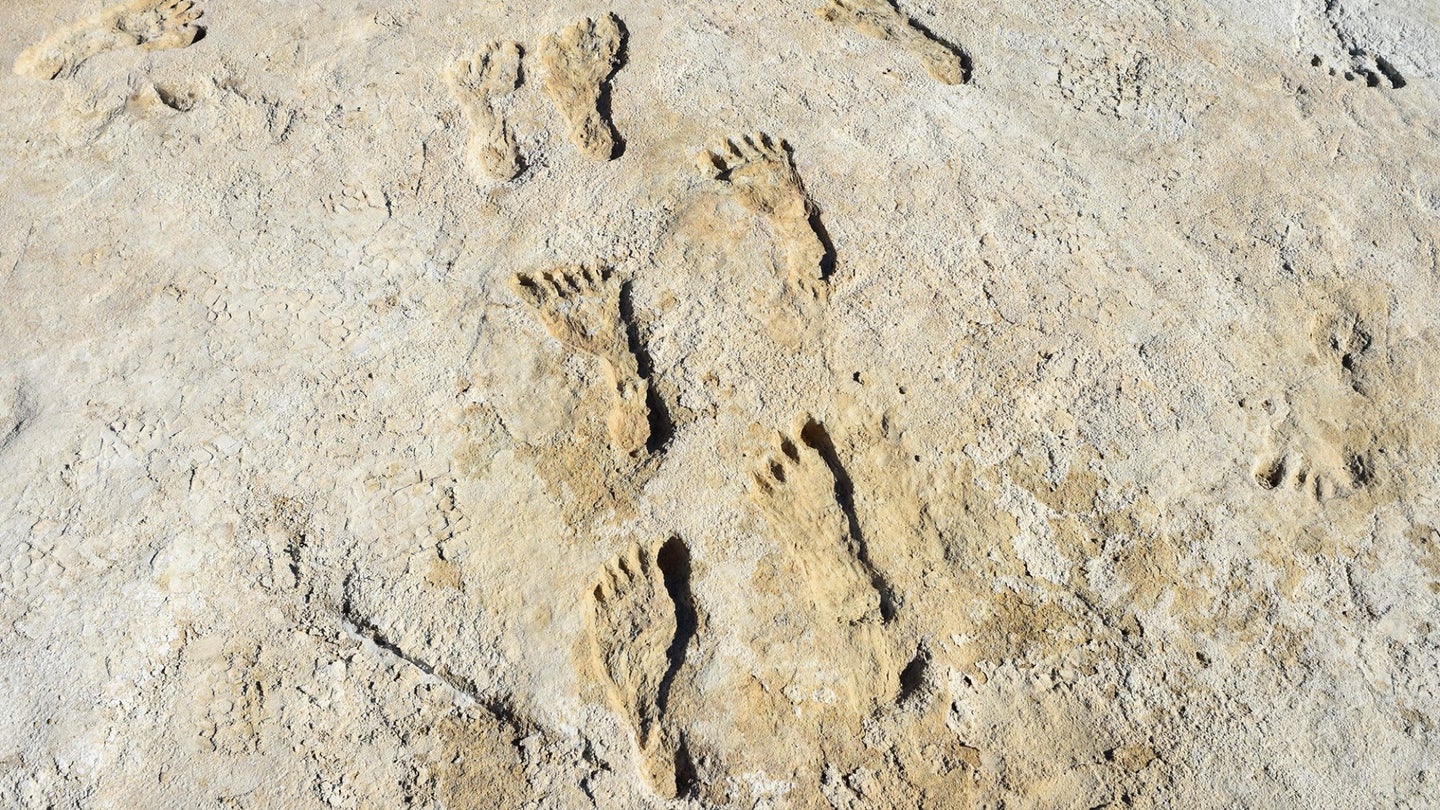 In September 2021, a study published in the journal Science rocked the archaeological world. A team of scientists from the United States found that a series of footprints preserved in White Sands National Park in New Mexico offer, “definitive evidence of human occupation of North America” during the last ice age and date back to between 23,000 and 21,000 years ago.

Scientists have traditionally agreed that the earliest dates that humans were found in North America is somewhere between 14,000 to 16,000 years ago, following the last ice age.

However, in a new study published yesterday in the journal Quaternary Research scientists from the Desert Research Institute (DRI), Kansas State University, the University of Nevada, Reno, and Oregon State University caution that the dating evidence used to age the White Sands footprints needs improvement to make a claim that changes scientific consensus.

[Related: These footprints could push back human history in the Americas.]

“It really does throw a lot of what we think we know into question,”David Rhode, a paleoecologist at DRI and co-author of the new study, said in a statement. “That’s why it’s important to really nail down this age, and why we’re suggesting that we need better evidence.”

The tiny seeds of an aquatic plant (Ruppia cirrhosa) used to age the footprints last year are at the center of the timeframe debate. The authors used radiocarbon dating methods to examine Carbon-14. These carbon isotopes decay at a constant rate over time, and comparing the amount of Carbon-14 in the atmosphere to the amount present in fossilized plant material allows scientists to determine their approximate age.

However, Ruppia cirrhosa, grows underwater and gets a lot of its carbon for photosynthesis from dissolved carbon atoms in water.

“While the researchers recognize the problem, they underestimate the basic biology of the plant,” says Rhode. “For the most part, it’s using the carbon it finds in the lake waters. And in most cases, that means it’s taking in carbon from sources other than the contemporary atmosphere – sources which are usually pretty old.”

According to Rhode and the team, this method is likely to give radiocarbon-based age estimates of the plant that are much older than the actual plants.

The dating of the footprints can be resolved through other methods, including radiocarbon dating of terrestrial plants (that use atmospheric carbon and not carbon from groundwater) and optically stimulated luminescence dating of quartz found in the sediment, the authors write.

However, both of these estimates of when humans first inhabited North America typically ignore indigenous knowledge that life and culture in North America exists far beyond even the 23,000 year estimate.

“There are many sites that have really good dating and really good reports that are much older,” Paulette Steeves, a Cree-Metis archaeologist at Algoma University who studies Indigenous history, and author of The Indigenous Paleolithic of the Western Hemisphere, told PopSci last year. Steeves has compiled hundreds of finds that she says presents credible evidence that humans in the Americas date back before 16,000 years.

Steeves approaches the existing ancient sites differently and finds that there’s a long history of what she describes as. “violent criticism against archaeologists discussing older sites.” Steeves says that this tendency to dismiss is rooted in archaeology’s use as a tool to discount Indigenous claims to North America. These footprints also aren’t the first find to contradict the 14,000 to 16,000 year settlement hypothesis. Possibly 30,000-year-old stone tools in a cave in central Mexico were discovered in 2020, with another find that may be more than 20,000 years old.