Atlantis isn’t real, but here are all the places it could have been

There are good reasons that a city might sink into the sea. 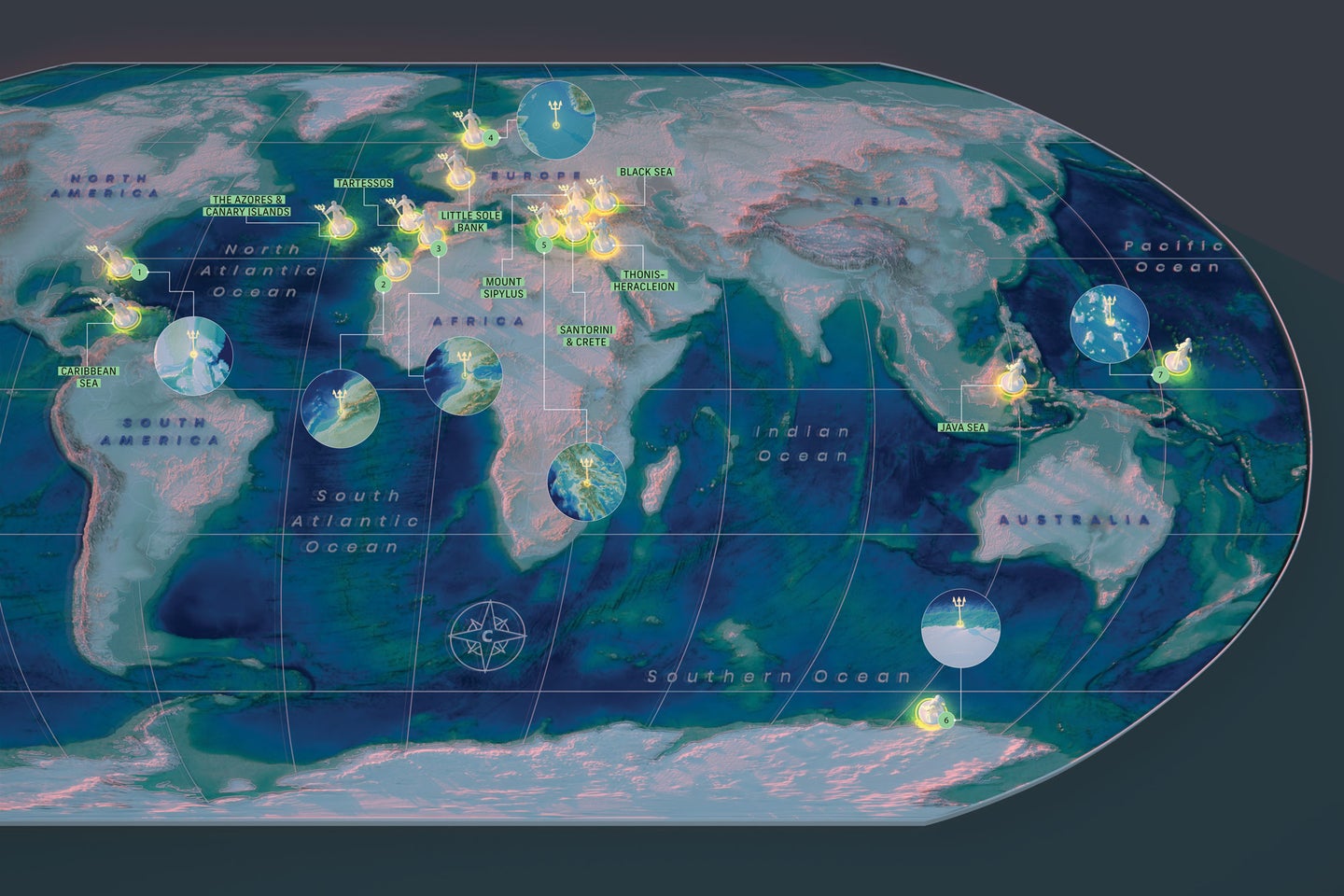 Plato first described the lost kingdom of Atlantis in 360 BCE. He wrote of a mountainous island crafted by Poseidon, filled with elephants and gold. But around 9,000 years prior, he claimed, earthquakes and floods sank the city into the sea.

He probably made the whole thing up. Still, that hasn’t stopped Atlantologists from gathering “evidence” of its existence. Inspiration abounds: Coastal towns collapse and islands submerge, whether from rising oceans or sinking shorelines. These lost lands offer a setting for theories on where the city may once have stood.

In the mid-’60s, divers encountered a remarkably straight half mile of evenly spaced, uniform stones. Carbon dating and a lack of tool marks suggest natural erosion is responsible, but some believe it’s from a sunken civilization.

Plato said the lost city lay beyond the Pillars of Hercules—two rocks in the Strait of Gibraltar. The island of Spartel once sat there. Passing sailors may have seen it vanish at the end of the last ice age, but if so, they left no records.

The British Isles were once connected to Europe by a low-lying landmass. But when a megatsunami struck around 6000 BCE, the region disappeared, leaving bones and tools from local hunter-gatherers embedded in the seafloor.

A tsunami walloped this Greek town in Plato’s day, and many assumed its remains lay in the Corinthian Gulf. But in the 1990s, archaeologists found it half a mile inland, buried under a few dozen feet of sediment by a process called soil liquefaction.

Historian Charles Hapgood argued the southern continent was once a northern landmass with Atlantis on its shore. Then, 12,000 years ago, a shift in the crust sent it south. Antarctica did make that trip—some 30 million years ago.

We may have another “Atlantis” someday. Sea level rise threatens coastal communities, including this network of atolls with an average elevation of just six feet. Without intervention, they’ll likely be underwater by midcentury.