Volcanic eruptions are unpredictable, but these geologists cracked the code

If you thought weather forecasting was tough, try taking on magma. 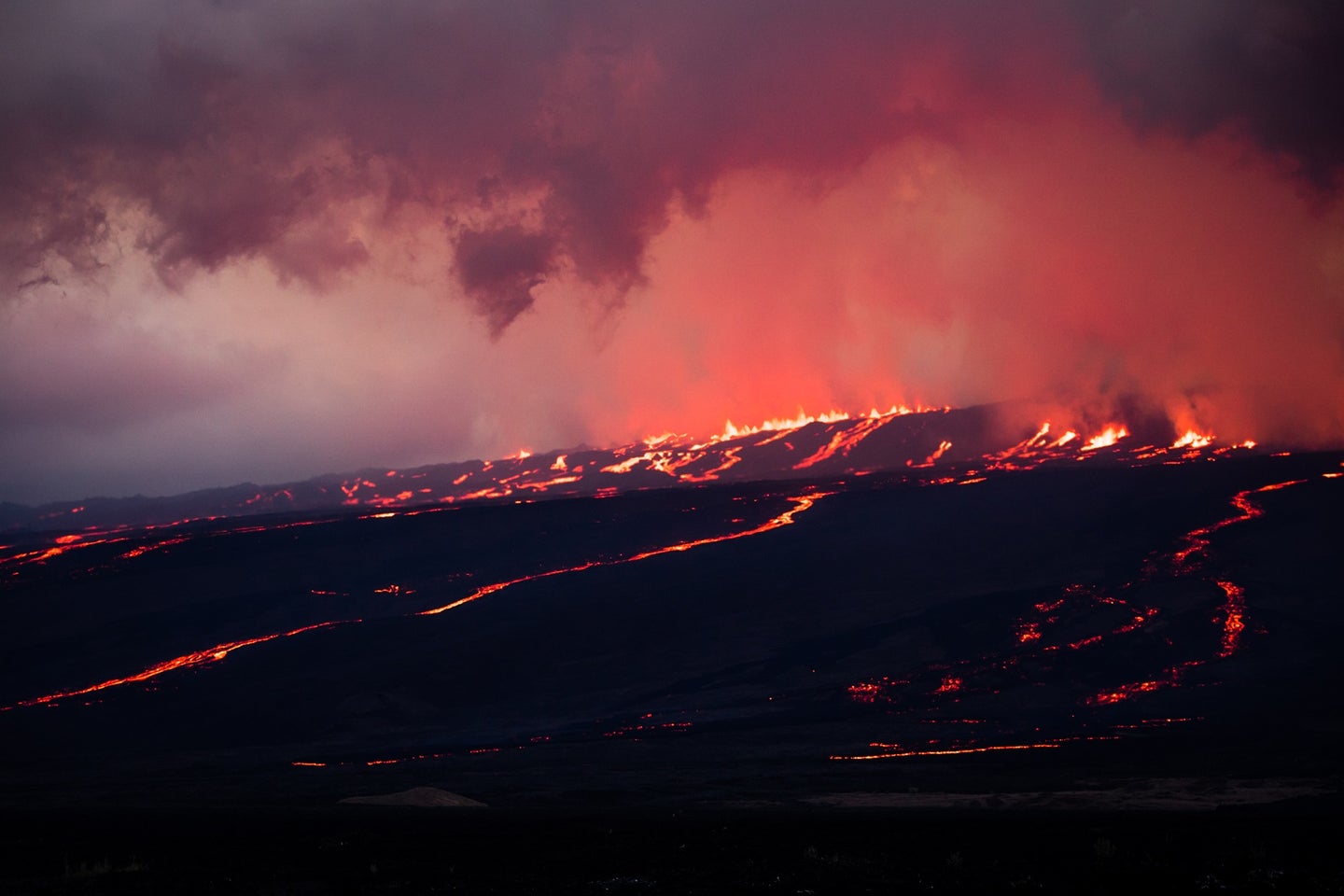 The Sierra Negra volcano on Ecuador's Isabela Island last erupted on June 26, 2018. The 1,124-meter-high crater is one of the largest on the planet. Xavier Garcia/picture alliance via Getty Images
SHARE

On June 26, 2018, the earth rumbled under the giant sleeping tortoises on Isabela Island in the Galápagos. Not long afterwards, Sierra Negra, a volcano that towers over the island, began to erupt. Over the next two months, the volcano’s fissures spewed out enough lava to cover an area of roughly 19 square miles.

It was hardly Sierra Negra’s first eruption: It’s blown at least seven other times in the past century alone. But what made the 2018 phenomenon special is that geologists had forecasted the eruption’s date as early as January. In fact, they almost got it down to the exact day.

It was a fortunate forecast, to be sure. Now, in a paper published in the journal Science Advances today, they’ve figured out why their estimates hit the mark—and how they can make their simulations get it right again. Sierra Negra is just one volcano in a sparsely inhabited archipelago, but when hundreds of millions of people around the world reside in volcanic danger zones, translating these forecasts to other craters could save untold numbers of lives.

[Related: A 1930s adventure inside an active volcano]

“There is still a lot of work to be done, but … volcano forecasting may become a reality in the coming decades,” says Patricia Gregg, a geologist at the University of Illinois Urbana-Champaign and one of the paper’s authors.

Forecasting eruptions is like forecasting the weather. With so many variables and moving parts, it becomes increasingly difficult to paint a picture of moments while trying to project further into the future. You might trust a forecast for tomorrow, but you might not be so eager to trust a forecast for a week away.

That made Gregg and her colleagues’ Sierra Negra forecast—five months prior to the eruption—all the more fortunate. Although the volcano had begun grumbling by then, with spikes of seismic activity, the forecasters themselves agree it was a gamble.

“It was always just meant to be a test,” says Gregg. “We did not put much faith in our forecast being accurate.”

But Sierra Negra is an ideal laboratory for fine-tuning volcanic forecasts. Because it erupts once every 15 or 20 years, it gets a lot of scrutiny, with scientists from both Ecuador and around the world continually monitoring it. By 2017, their instruments were picking up renewed rumblings indicating a future eruption.

[Related: How to study a volcano when it destroys your lab]

Experts know that volcanoes like Sierra Negra blow their top when magma builds up in the reservoir below. As more magma strains against the surrounding rock, it puts the earth under ever-mounting pressure. Eventually, something has to give. The rocks break, and magma begins to burst through. If geologists could understand exactly how the rocks crumble, they could forecast when that breaking point was likely to occur.

Gregg and colleagues relied on methods familiar to weather or climate forecasters: They combined observational data of the volcano’s ground activity with predictions from simulations. They then used satellite radar images of the ground beneath Sierra Negra to watch what the bloating magma reservoir was doing, and ran models on supercomputers to learn what happens next.

Based on how the magma was inflating by January 2018, their forecasts highlighted a likely eruption between June 25 and July 5. The levels kept rising at the same rate over the next few months—and the eruption began on June 26, right on schedule.

“If anything had changed during those months, our forecast would not have worked,” says Gregg.

“The very tight coincidence of the author’s forecast with the eruption onset must involve some good fortune, but that in itself tells us something,” says Andrew Bell, a geologist at the University of Edinburgh, who has studied Sierra Negra but wasn’t an author on the paper.

So, in the years afterwards, Gregg and her colleagues combed back over their calculations to determine what they’d gotten right—and what that “something” might be. They ran more simulations using data from the actual eruption to see how close they could get to reality.

What they found was that the magma buildup remained relatively constant over the first part of 2018. By late June, the reservoir had placed enough pressure against the volcano’s underside to trigger a moderately strong earthquake. That seemed to have been the final straw, cracking the rock and letting the magma flow through.

This practice of simulating historic phenomena to check the accuracy of forecast models is sometimes called “hindcasting” in meteorology. In addition to Sierra Negra, Gregg and her colleagues have examined old eruptions from Sumatra, Alaska, and underwater off the coast of Cascadia.

But is it possible to use the same forecasting techniques in different areas of the world? Every volcano is unique, which means geologists need to adjust their models. By doing so, however, the authors behind the Sierra Negra study found some commonalities in how ground motions translate into the chance of an eruption.

Better forecasting models also mean that scientists learn more about the physical processes that cause volcanoes to rumble to life as they try to match simulations to real-world conditions. “Making genuine quantitative forecasts ahead of the event happening is a challenging thing to do,” Bell says, “but it’s important to try.”