This weird trick can make an onion taste like an apple

Can you pull it off? 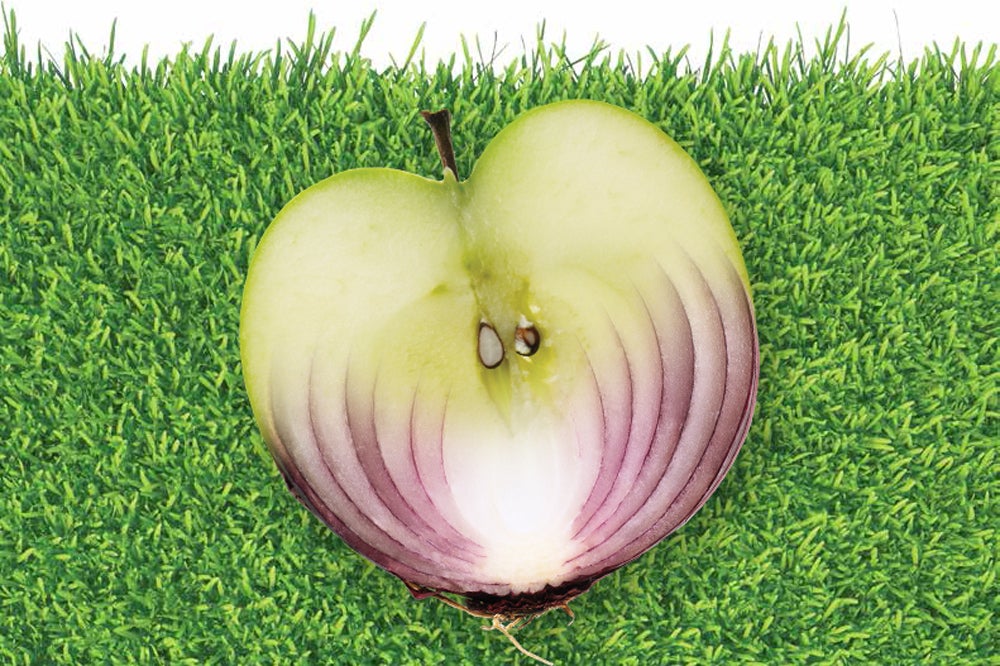 Our five senses—taste, touch, smell, hearing, and sight—don’t function in vacuums. They work together in intricate ways. Consider this: With our eyes covered and our nose plugged, we probably can’t ­distinguish an apple from an onion.

Without our eyes to see, an apple is an apple and an onion an onion because of its taste, odor, and texture. Together, these attributes create what we call flavor, ­differentiating one food from another.

When we eat, receptors on our tongues decipher two things: texture and taste. To identify taste, these receptors pick up odorless substances known as nonvolatile chemical compounds. These molecular mixtures tell us the five characteristics commonly associated with flavor (bitter, salty, sweet, sour, and umami—or savory). The problem is that those attributes are similar in apples and onions, says Soo-Yeun Lee, a professor of food science at the University of Illinois at Urbana-Champaign. Both pieces of produce have about the same degree of crunchiness and are similarly sweet-yet-tart.

So, our tongues alone are not equipped to tell a Fuji from a Gala apple, let alone a pome from an onion. For that, we must rely on the odors our noses pick up. As we chomp, foods also release volatile chemical compounds. This flavor rain rises up in the mouth, through the back of the throat, and into the retronasal passage—the tube that connects the nose and throat. There, odor receptors interpret the volatile compounds’ distinct aromas, adding to our perception of what the food is. Plugging our noses prevents airflow to the passage, minimizing (or even eliminating) the odors.

Without or senses of sight and smell, we’re screwed. Try the apple-and-onion swap for yourself, and let us know what happens by Tweeting at us @PopSci. If you’re nervous, see how our staffers did in the video below, or try biting watery-and-sweet watermelon and cucumber flesh instead to not-see (or smell) for yourself.