We finally know which bacteria give kimchi its power

Inside the microscopic world of this fermented staple. 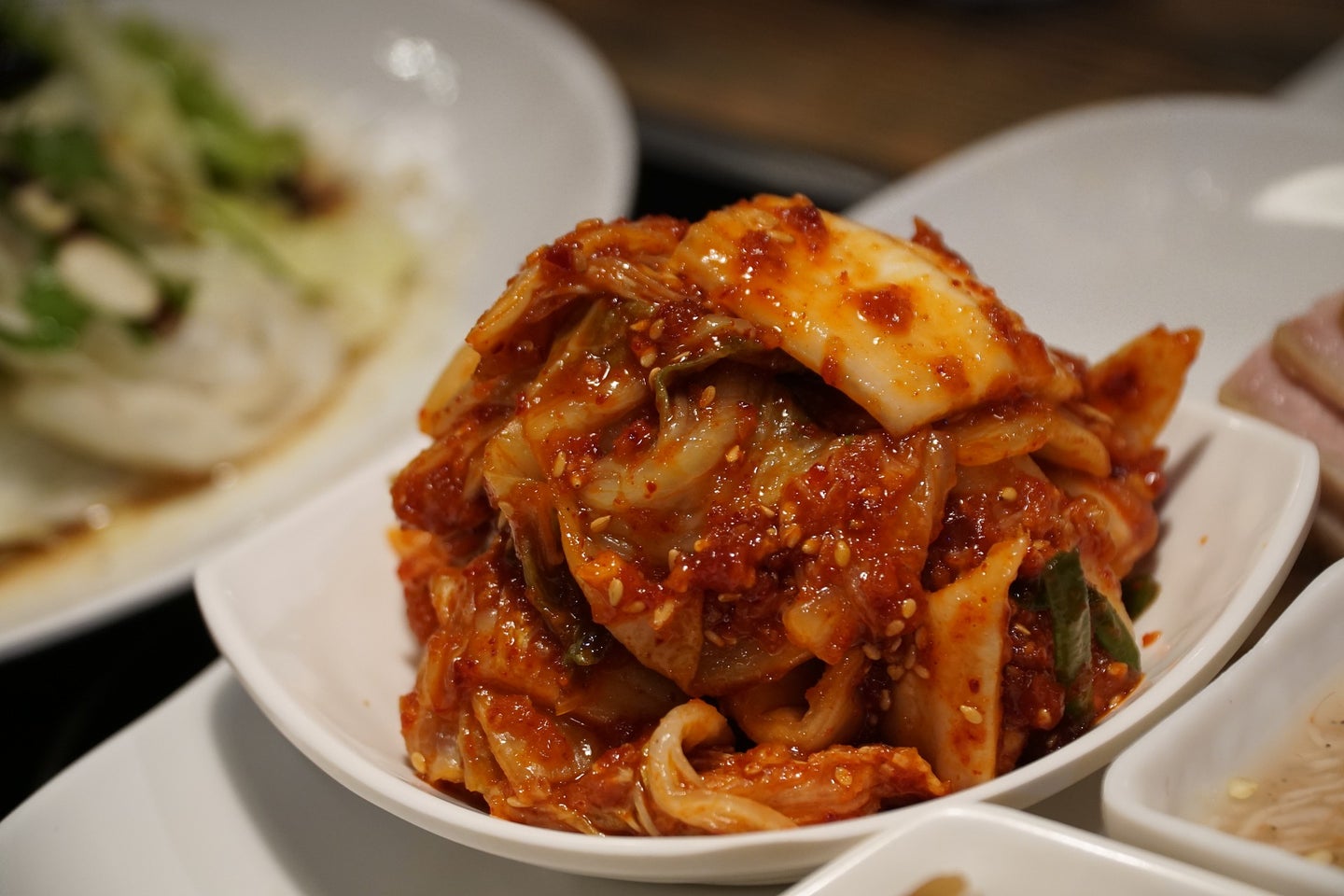 Kimchi is an emblem of fermented foods: The Korean dietary staple contains a rich world of microbes. Now, we have a clearer view of what creates this tiny, bustling world. Researchers at the World Institute of Kimchi (WiKim) have figured out which ingredients naturally contain the microbes in a traditional kimchi, contributing to our picture of how that delicious microscopic community takes form.

The study was conducted using a four-ingredient kimchi which includes cabbage, garlic, ginger, and red pepper. The scientists selectively sterilized the ingredients in different batches, ensuring that only one contained the lactic acid bacteria that would start the fermentation process and make a healthy, edible kimchi. They found that garlic and cabbage were each able to contribute lactobacilli, which is one of the key microbes needed for kimchi, while ginger and red pepper were not. The researchers published their results last month in the journal, Food Chemistry.

“In general, I think it’s a very elegant study,” says Peter Belenky, a professor of molecular microbiology and immunology who has previously studied kimchi. The findings don’t surprise him—kimchi researchers have long suspected that cabbage is a key source of lactobacilli.

But it’s important to know that “in each case, neither one of the materials was able to replicate the final community of the full kimchi,” he says. He means that none of the ingredients alone has all the bacteria needed to create the bacterial community present in the final fermented product. “I think really what it tells us is that, yes, some ingredients bring specific bacteria, but you really need everybody working together in order to bring the full community.”

It’s also worth noting that the researchers only studied kimchi made from a single batch of vegetables, which means results might vary with another batch, he says. There’s also the fact that kimchi, from the traditional to the avant-garde, usually contains a wide variety of other ingredients, including seafood, fruits, and other vegetables—all of which have their own microbial contributions to make to the final food.

“There’s as many different ways to make kimchi as there are microbial communities that can make kimchi,” he says.

But the study produced the kind of insight that is a building block to further food understanding, says Michelle Zabat, a life sciences researcher currently working within the private sector who published a paper on the microbiome of vegan kimchi in 2018, while a student at Brown. Zelenky was a coauthor on that paper.

“Fermentation in some ways is as much of an art as it is a science,” says Zabat. Understanding more about how the different ingredients in kimchi can add to the fermentation process could help make the end result more predictable, she says. That might help large-scale commercial producers make better kimchi—which is good news for all of us.