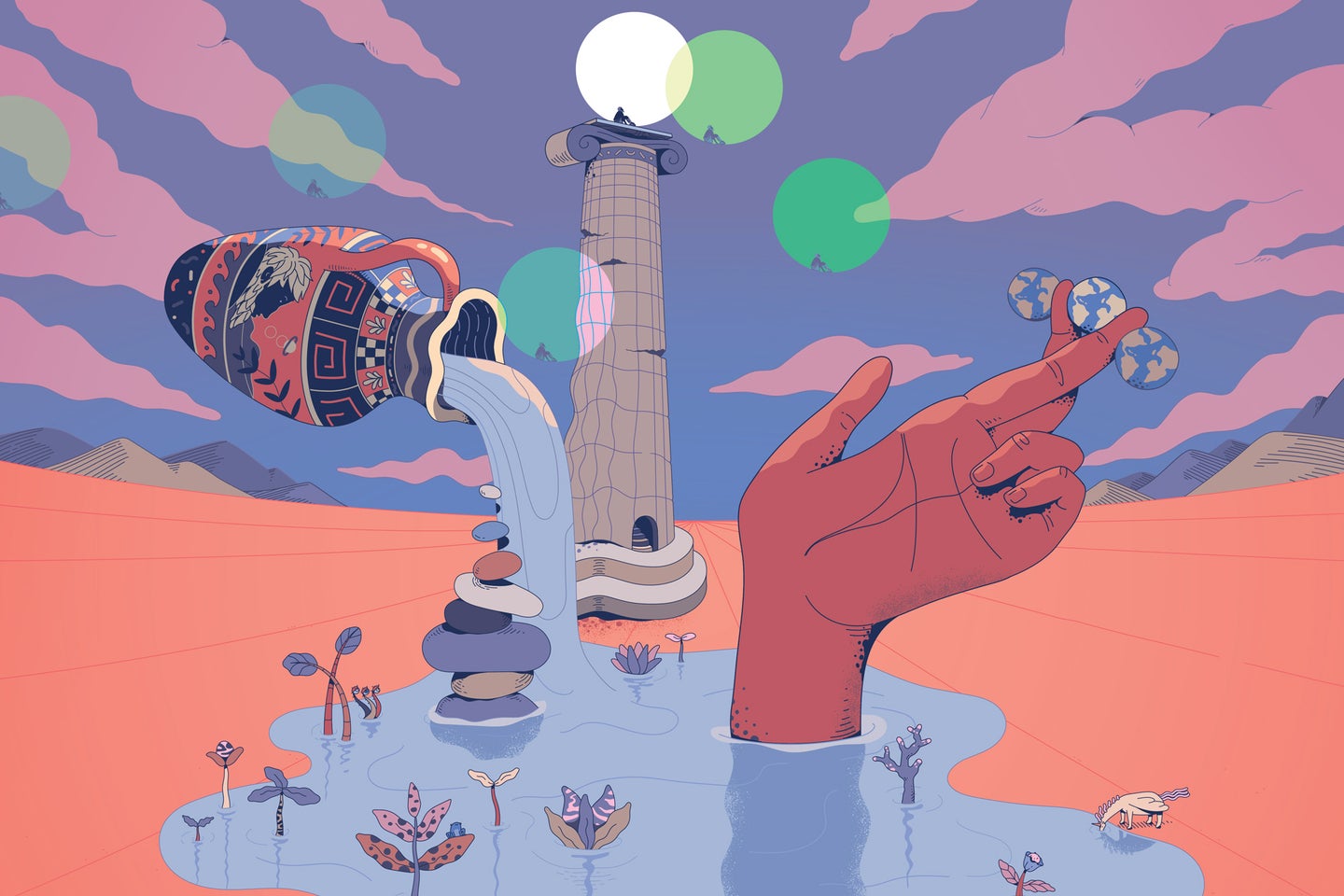 Illusions have fascinated humans for centuries. Before we fully understood the science of sensation and perception, philosophers like Aristotle simply observed the world—and picked up on some weird stuff. According to Vincent Hayward, who studies such phenomena at the Institute for Intelligent Systems and Robotics in Paris, these tricks occur when experience and context make you expect one feeling but perceive another due to abnormal circumstances. Here are three of Aristotle’s earliest observed illusions, explained by modern science.

While watching a moving river, Aristotle noticed that when he shifted his attention to stationary rocks, they wiggled upstream. Neurons that process motion tire after focusing on the same activity. When struck with a still object, cells that track movement in the opposite direction have a stronger impact in comparison, and send it swimming away.

After staring directly at the sun (not recommended), Aristotle saw a glowing disc shaped like our local star in his vision for a few lingering moments. When you fixate on something, color receptors in your eyes become overstimulated. Upon looking away, those receptors keep firing and create an imprint, or afterimage, of that object everywhere you look.

Close your eyes and hold any rounded object like your nose or a pen (Aristotle may have used a pea) between two crossed fingers. The resulting sensation feels like two separate objects. Your noggin isn’t used to the opposite sides of your fingers touching the same thing. Without your sight to set you straight, the brain assumes it’s touching two different items.