These fossils could represent the oldest animals ever found

The remains were perhaps left by sponges that died nearly 900 million years ago, but much remains uncertain. 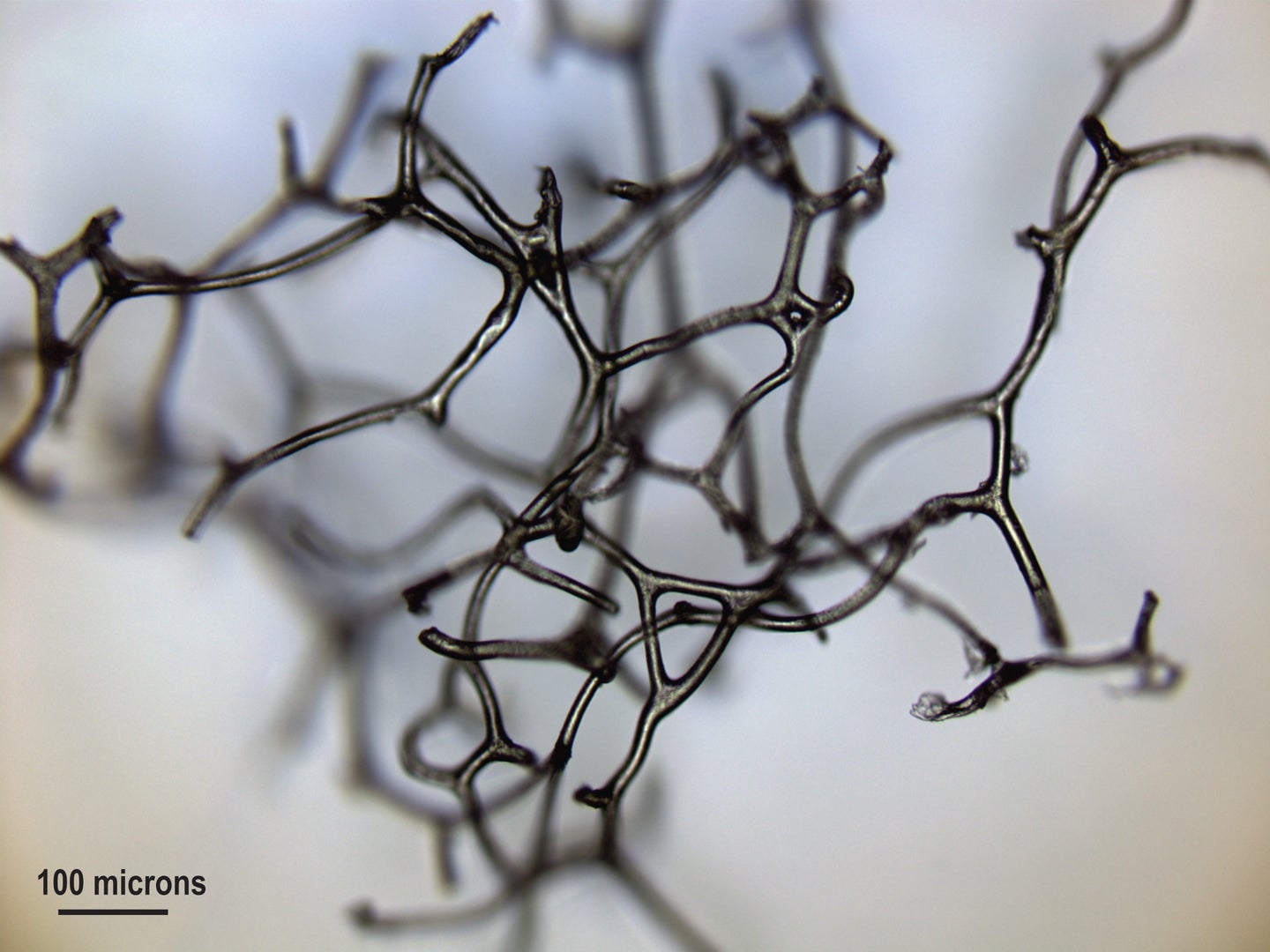 A set of tiny fossilized tubes from northwestern Canada may be the 890-million-year-old remains of bygone sea sponges, suggests a report published on Wednesday in Nature. While more research and analysis is needed, if the tissue is truly spongy in origin, it would represent the oldest fossil evidence of animals yet to be found.

Elizabeth Turner, a geologist at Laurentian University in Sudbury, Ontario, compared the tubes to structures seen in modern sponges and found that they were a close match. This would suggest that sponges actually appeared on the scene prior to several momentous events in Earth’s history that scientists have speculated predated the rise of the animal kingdom. However, Turner emphasizes, the findings aren’t “the final answer.”

Sponge fossils are still just a possibility at this point, she says. “This could be something else altogether.”

Sponges are filter-feeders that spend their lives attached to the lake- or seafloor and are the oldest known members of the animal kingdom. The earliest accepted sponge fossils date to the Cambrian Period, about 535 million years ago. They consist of spicules, little rods of quartz or calcite that make up the skeletons of many present-day sponges.

“There should be a history prior to that of animal evolution in animals that just didn’t have these hard parts,” Turner says. “The question is how far back does that go, and what was it, and what happened?”

There’s theoretical evidence that sponges appeared between one billion and 800 million years ago. This evidence comes from an approach known as molecular phylogeny, which uses the relationships between modern organisms and the rate at which mutations generally occur in certain types of genetic information to predict when major lineages might have diverged, Turner says.

“This method suggests that sponges may have emerged roughly in the same timeframe as the age of the rocks I’m working on,” she says. “So maybe it’s not that surprising that I found what I’m suggesting may have been early sponge tissue preservation.”

In recent years, other teams of scientists have investigated how these sponges can be preserved. Sometimes after death, a sponge’s connective tissue decays and carbonate minerals form in the spaces between the remaining fibers. The encased fibers eventually rot as well, leaving behind little tubes that become filled with calcite crystals. These tubes preserve the branching mesh structure of the deceased sponge.

Turner examined thin slivers of rock under the microscope, and observed little tubes 20 to 30 microns wide (finer than many human hairs) filled with clear calcite crystals. This pattern appeared too complicated to have been made by the cyanobacteria building the reefs, she says. Rather, the tubes branched and rejoined in a three-dimensional meshwork that formed “exactly the same kind of pattern” as the tissues of later sponges.

If the structures do represent fossilized sponges, this would suggest that early animals emerged before the Neoproterozoic oxygenation event, which occurred some 800 to 540 million years ago (just before the Cambrian period). Until this time, many scientists have proposed, oxygen levels would have been too low to sustain animal life. However, Turner suggests, ancient sponges might have eked out a living in the “hotspots of oxygen factories” created by the photosynthetic microbes that built the surrounding reef.

Additionally, the presence of sponges 890 million years ago would indicate that animal life weathered the extreme ice ages of the Cryogenian Period, which spanned 720 to 635 million years ago.

Jonathan Antcliffe, a paleontologist at the University of Lausanne in Switzerland and coauthor of a paper titled “Giving the early fossil record of sponges a squeeze,” is not convinced by the findings. Demonstrating that the fossils belonged to sponges would require detecting the presence of unique characteristics present only in that group of organisms, he says.

“There’s no real suggestion of a unique and diagnostic characteristic,” Antcliffe says. “Everything can make wiggly tubes.” Such structures could be produced by microbes, plants, fungi, or other animals, he says.

Spicules, structures found in most sponges which come in far more distinctive star, harpoon, and trident shapes, are a more telling feature, Antcliffe says. Billions of these spicules have been preserved in the fossil record, he notes, and the single-celled ancestor of animals had spicules as well.

“It makes you wonder where on Earth are all the normal sponges for the next 300 million years before they appear in the Cambrian,” Antcliffe says. “It makes far more sense if this is just some sort of weird little microbialite.”

It may never be possible to prove that the fossils were left by early sponges, Turner acknowledges. To add weight to her interpretation of the rocks, though, further analysis of the material is needed. More broadly, Turner adds, scientists would have to search for more fossils that may not fit with our previous understanding of what early animals looked like.

“I’m proposing all of this and hoping to generate a ferocious discussion,” she says.