Black truffles are in trouble

Climate change is threatening to muffle the truffle shuffle. 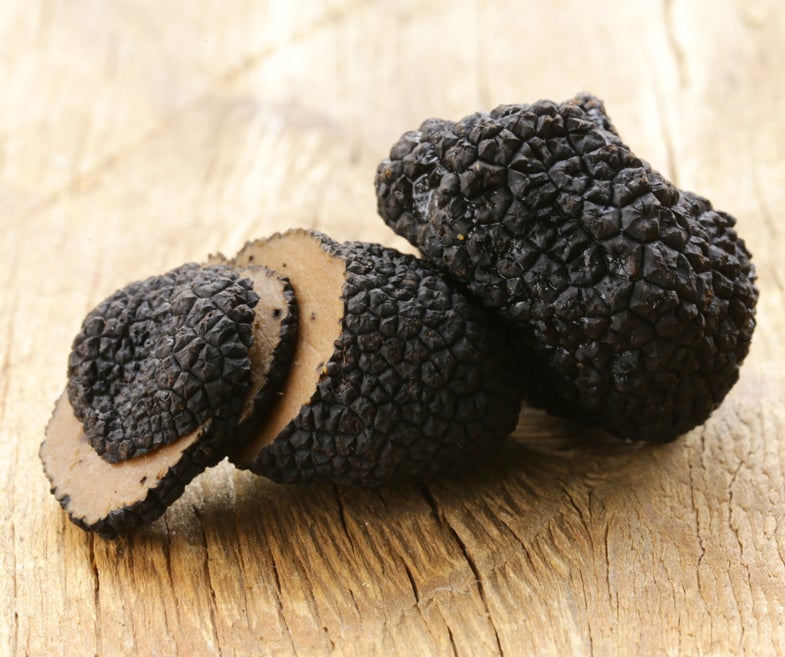 Scientist Paul Thomas won’t forget the first time he ripped into a package of truffles he ordered from France after his own attempts to forage for this delicacy in the UK had failed. “Once I opened the packet, the aroma filled my house,” Thomas said. “They flavored everything in our fridge. I was hooked.” Thomas can’t get enough of the ugly but intensively flavorful fungi. He cultivates them. He cooks with them. He even helps organize Napa Valley’s yearly truffle festival. Thomas, an academic in the department of natural sciences at the University of Stirling, has been studying truffles since the early 2000s. Much to his horror, his most recent research suggests that this prized gourmet treat — specifically Tuber melanosporum, a species of black truffle — may vanish from southern Europe by the end of this century. The reason — as is the case with many foods today — is climate change. Heatwaves, drought, forest fires, pests, and diseases threaten to eradicate truffles. For those who have never experienced the exquisite pleasure of tasting one, 18th-century French gourmet Jean Anthelme Brillat-Savarin described the truffle as “the diamond of the kitchen” — perhaps because of both its flavor and its cost. The threatened species of black truffle typically sells for around $600 for a pound, according to the study. “Yes, expensive but worth it,” said former Washington, D.C. chef Colin Potts. “Their aroma and flavor of earthiness can’t be matched by any other ingredient.” A world without truffles, Potts said, “would be a culinary disaster — we would lose one of the greatest food experiences.” Study co-author Ulf Büntgen of Cambridge University, who previously found that drought can severely hamper truffle growth, joined with Thomas to forecast the effects of climate change. Like droughts, heatwaves can be fatal for truffles, “and the duration, frequency, and intensity of such events are increasing due to climate change,” Thomas said. “In this paper, we primarily focus on summer temperatures and precipitation and show that because of increases in the former and decreases in the latter, truffle production will decline,” Thomas said. “The truffles are initiated in late winter and slowly grow over the summer months before maturing in winter. Consequently, drought over the summer months hampers truffle development.” Their findings were published in the journal Science of the Total Environment. Researchers gathered data on more than three decades of truffle production in Italy, France, and Spain, and compared it with data on temperature and precipitation to predict the future impact of climate change. “The results were extremely surprising in their severity and speed of impact,” Thomas said. “We have cultivation sites in Spain and France, and we now know that these will have a difficult future.” Climate change could wreak havoc on black truffles grown in the Périgord region of France, for example, which are particularly sensitive to heat and drought in late spring and summer. Thomas said there likely still may be areas where the weather remains favorable enough to grow black truffles. Furthermore, “some of the impacts of climate change can be counteracted by irrigation, but unfortunately the models also show that there will be a lot less water available… so this is very unlikely to be able to save the industry.” And it’s not only black truffles that are threatened by climate change. The researchers are now looking at summer truffles “and early indications show that they are also surprisingly sensitive to changes in moisture and temperature,” Thomas said, For many years, truffle hunters used pigs and wild boar to sniff out the rare and expensive delicacy, which grow underground in forests. Today, however, more than 90 percent of truffles that originate in France are cultivated, according to Thomas, and they are harvested by trained dogs rather than wild boar. “This method started in the 70s,” Thomas said. “Truffle production in Europe was declining due to changing land use and loss of wild habitat, and cultivation managed to stem this decline.” However, truffles still are quite expensive because they are so rare. Every year, French growers plant 400,000 truffle trees — trees inoculated with the truffle fungus, “but this has only been enough to keep their truffle production relatively static,” Thomas said. “The supply-demand price response of truffles is evident in unusually dry and warm years in Europe, when production suffers and consequently prices rise quite dramatically. For example, in 2004, the prices paid for black truffles doubled because there were such low levels of production.” Because truffles now can be cultivated, growers in Australia, New Zealand, South America, South Africa, and the United States have gotten into the business. “USA production is still quite small, but this is forecast to increase as more plantations are established,” said Thomas, who also serves as chief scientist for the American Truffle Company. For now, growers in Italy, France, and Spain produce around 95 percent of the world’s supply, he said, which amounts to hundreds of millions of dollars of economic activity. Truffles don’t just generate income. They are also a rich source of cultural inspiration. There are truffle museums, truffle markets, and societies and rituals that evolve around truffles, for example, the France-based Confrérie de la Truffe Noire — Brotherhood of the Truffle — and the Richerenches Mass, a service honoring Saint Anthony, the patron saint of truffle farmers, Thomas said. The fungi hold a special place for both growers and gourmets. “Truffles elevate dishes to levels of perfection,” Potts said. “I actually salivate when I think about them.” Marlene Cimons writes for Nexus Media, a syndicated newswire covering climate, energy, policy, art, and culture.