Found: The Oldest Animal Ever on Planet Earth

Otavia antiqua could be the earliest human ancestor, predating the previous earliest known animal by tens of millions of years. 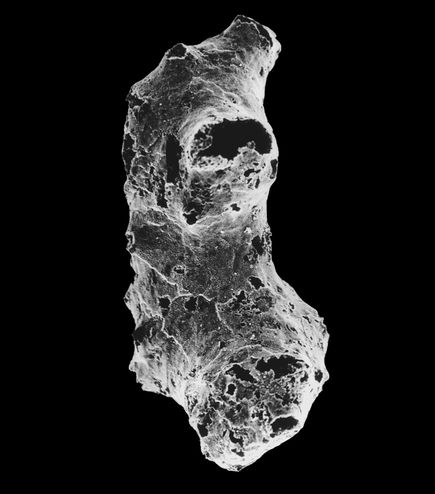 Our earliest evolutionary ancestor may have been found in the form of microscopic sponge-like organisms recently discovered inside extremely ancient African rocks. If that turns out to be so, it would displace animal life’s previous earliest known ancestor (unremarkably, another sponge-like “metazoan”) by predating it by perhaps 100 million years.

The small organisms, known as Otavia antiqua, were found inside of a 760-million-year-old rock in Namibia and could very well have been the first multicellular animals to emerge on the planet, researchers say. That means all animal life–from the precursors to the dinosaurs to the dinosaurs themselves to modern humans–could potentially draw a line straight back to Otavia. It also means that animal life likely emerged tens of millions of years earlier than we previously thought it did.

Discovered by University of St. Andrews researchers, Otavia is thought to have lived in calm, shallow waters and fed on the bacteria and algae that was fairly abundant there. It was of simple design–a tubelike body that would draw food through its pores into a central space where it was basically absorbed directly into the organism’s cells.

Otavia didn’t evolve much, but perhaps it didn’t need to. The record shows that if the researchers are right, Otavia weathered at least two “snowball Earths,” periods when the global temperatures plunged and almost the entire planet was ice-bound. And the organism lasted for 200 million years by the best estimates, suggesting this potential ancestor to all things animal was a lot hardier than a lot of the larger multicellular species that have come into being since.