Jurassic dinosaurs and today's elephants have surprising similarities in their heels. 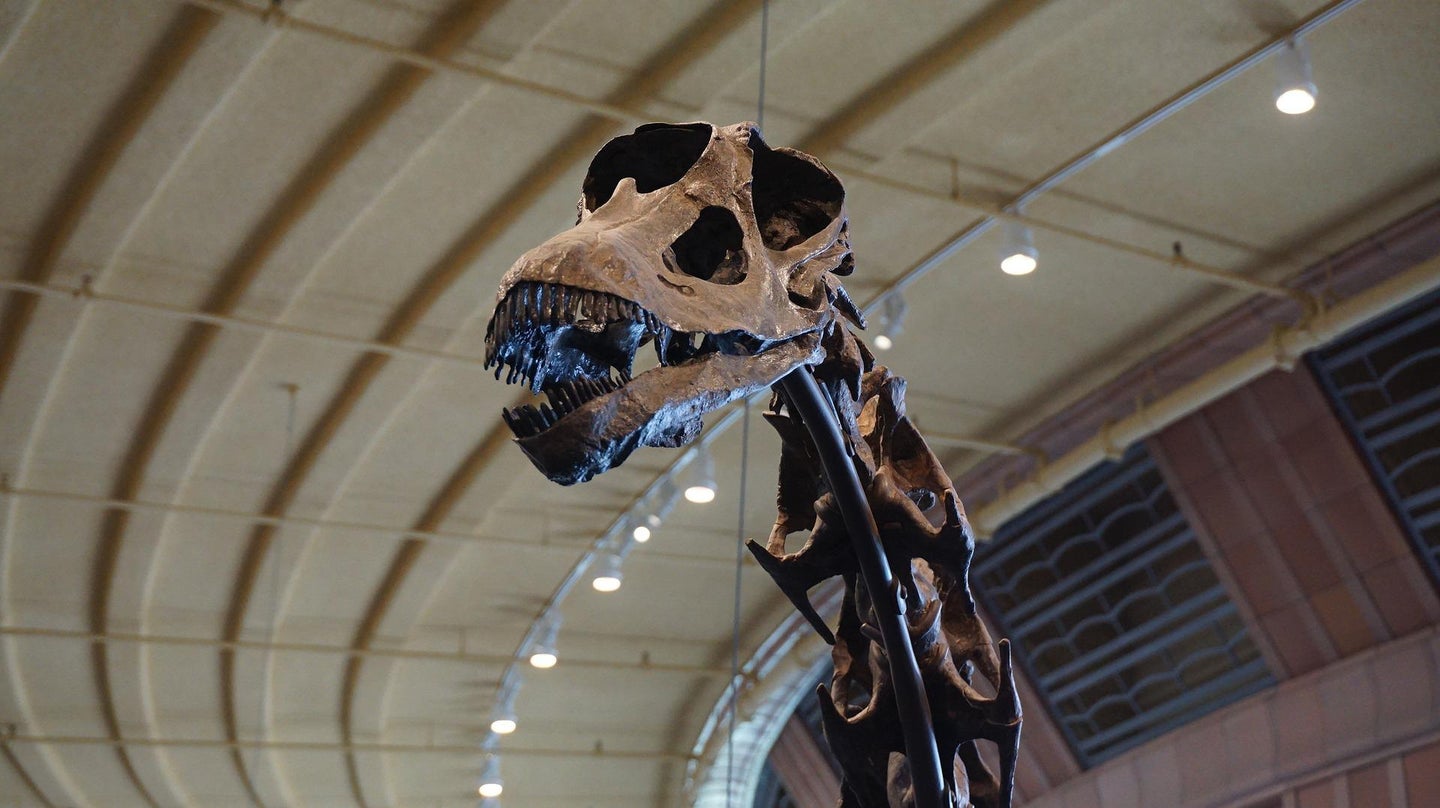 The giant sauropod Galeamopus would have trudged along on soft pads. Pixabay
SHARE

What do elephants, camels, and sauropod dinosaurs all have in common? Soft tissue pads beneath their heels support their enormous sizes and weights. A new study published in Science Advances found that sauropod dinosaurs were likely capable of evolving to heights up to 76 feet—almost as high as the White House—because their feet had cushions which helped their massive bodies move without crushing their foot bones.

The evolution of gigantic dinosaurs and how they carried their enormous stature has been a topic of debate among paleontologists for more than a century–that, until now, had no concrete answer. “What is exciting is that our research finally resolves this 120-year-old hypothesis by providing, for the first time, biomechanical evidence to show how gigantic sauropods could support their weight on land,” says Andréas Jannel, a research associate at The University of Queensland and lead author of the study.

These gigantic plant-eating dinosaurs, iconic for their long necks and tails, roamed Earth in the Jurassic epoch as early as 201 million years ago. But it was not until 145 million years ago that they started evolving into bigger sizes—10 times the height of the modern-day African elephant. When paleontologists found the first sauropod tracks a century ago, Jannel says, the footprints seemed to show the animals were walking on heels. This led some paleontologists to speculate that giant dinosaurs had a kind of heel pad when walking—although there was no evidence to definitively support the theory. Hundred-year-old technology was unable to study soft tissue in fossils, which are rarely preserved in rock to begin with.

Jannel and his co-authors created a new approach to study dinosaur foot anatomy that included the bones and soft tissue. Using fossil data from the Upper Triassic to the Upper Jurassic epoch, the researchers created 3D virtual models from five different sauropod species, which weighed between 1,984 to 74,957 pounds. They also created a model based on the foot of an existing African elephant. Virtually reconstructing the foot postures allowed them to track how the sauropods would walk on dry land with and without a soft tissue foot pad.

Soft tissue pads underneath the heel were necessary for sauropod dinosaurs to walk without causing tissue damage or breaking any bones. Similar to elephants, the pad cushion directed the loads away from the bones.

Study author Olga Panagiotopoulou, a senior lecturer of anatomy and developmental biology at Monash University, says the idea of fleshy foot pads came from looking at the fat pads found in elephants, rhinoceroses, and other living giants. These animals evolved bottom cushions to serve as shock absorbers to redistribute the pressure on their feet. Panagiotopoulou says a 2011 study, which found that ancestral elephants evolved to have large foot fat pads as they grew in size, partly inspired their hypothesis that sauropods had similar structures to reduce the stress on their bones and avoid fractures.

[Related: Dinosaurs who stuck together, survived together]

Smaller members in the sauropod family, the scientists found, also shared their version of a cushy foot pad. Using the fossilized tracks of sauropod precursors known as Plateosaurus, the researchers created a reconstruction of their foot that had toes slightly raised off the ground with no heel pad. The results indicate there was no way the foot skeleton alone could support their weight without some form of additional padding. “Our work suggests that the presence of an incipient heel pad in sauropod precursors laid the foundations for the evolution of a more substantial structure,” says Jannel.

Kimberley Chapelle, a Kalbfleisch postdoctoral fellow in the American Museum of Natural History’s Division of Paleontology who was not affiliated with the study, says before this paper, no other studies tested the theory of whether sauropods had fatty pads in their feet. “This provides yet another puzzle piece to how sauropod dinosaurs got so big.” Although Chapelle says her only reservation would be that, while the study methods were tested on a modern-day elephant, “it would have been useful to see what predictions the models made for other living animals that have fat pads such as camels and rhinos, as well as those who don’t.”

With evidence for fatty foot pads in sauropod dinosaurs, Panagiotopoulou says she is planning to investigate how exactly they distribute the stress of walking by studying the foot mechanics of elephants, rhinoceroses, and horses.

Jannel, on the other hand, is working to expand the 3D computational models to an entire sauropod limb—complete with soft tissue such as muscles, which are also rarely preserved in fossils. “This research and methodology are relatively new in the field of paleontology,” he explains. “So stay tuned, because this has a lot of potential for more research in the future, not only in sauropods but also other dinosaurs and prehistoric animals!”