How to keep raccoons and possums away from your house 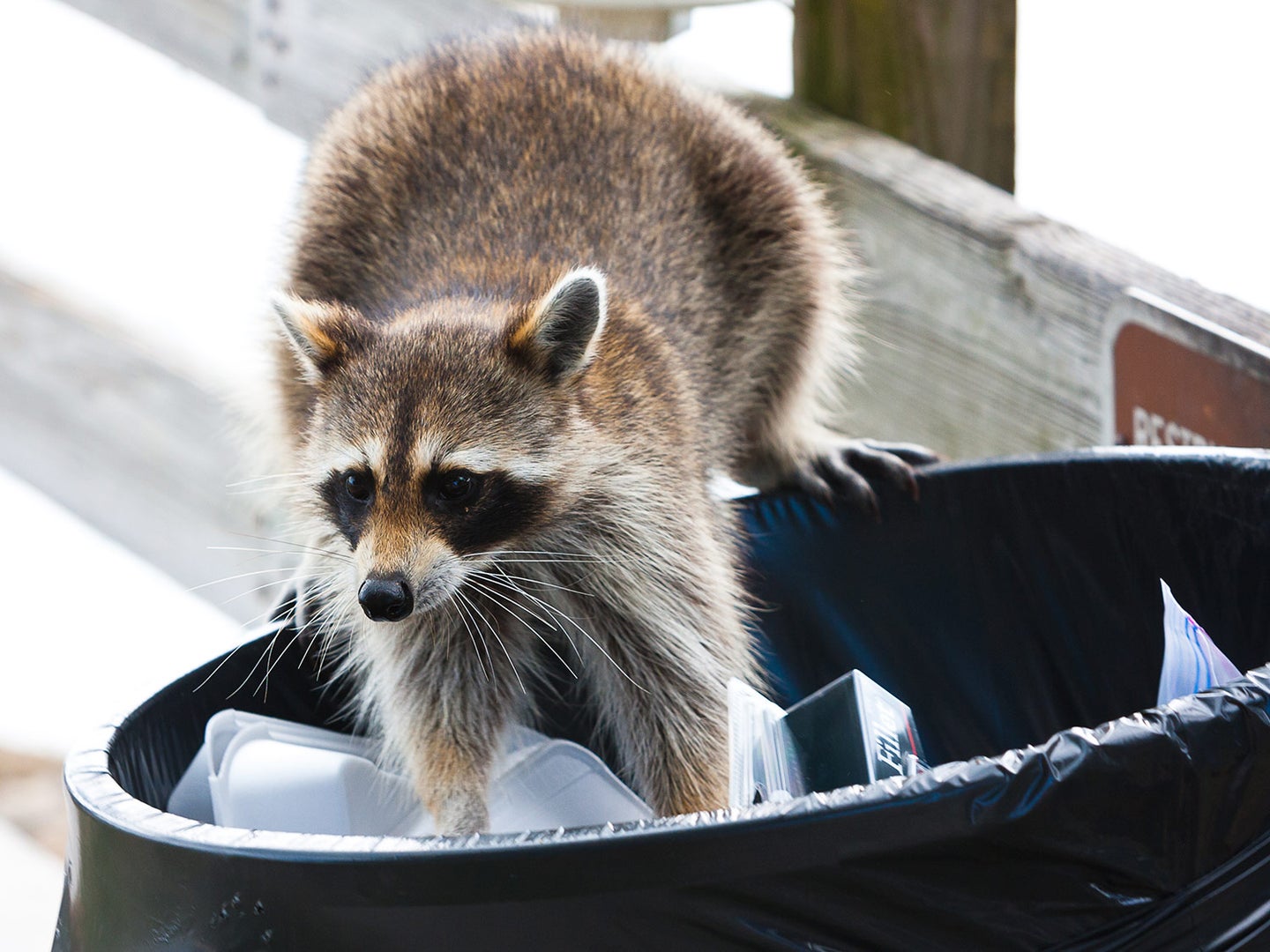 Major cities are being overrun by raccoons, but the “trash panda” isn’t the only invader. As opossums, skunks, and other furry pests make homes in our neighborhoods, it’s important to know how we can respect nature without letting it ruin our yards.

What attracts raccoons and other fuzzy nuisances?

Animals adapt to human-created habitats through a process called urbanization. As it turns out, some mammals benefit from our tendency to replace everything with a strip mall.

A 2003 study found raccoons were uniquely suited to living in cities. In fact, city life might actually be better for them. Think about it: humans arrive, kill or drive off big predators, install sources of clean water like sprinklers and hose spigots, and leave out bins of food. We even build culverts that help critters avoid roads. Some crafty animals have been known to build dens in the space under houses. In fact, raccoons are living so high on the hog that we’re giving them diabetes.

Living among humans also appeals to a host of other wild creatures. Even mama bears venture into civilization, not just for the abundant food and water, but because people scare off hostile male bears that threaten their cubs. Some species are getting so comfy in residential areas that there’s some question as to whether these mammals are wandering down the same path as cats, which domesticated themselves.

But these animals are still wild, so they’re lousy neighbors even if you never see them. They can spread fleas and ticks and their droppings may be full of nasty diseases. Even if they regularly took baths and went to the vet, they’d still dig up gardens and attack dogs and cats. Fortunately, evicting a skunk is a lot easier than getting rid of that guy next door who blares music at 3 a.m.

RELATED: Six pest-removal myths that need to be exterminated

How to keep raccoons, possums, and other furry pests away

Wild animals are generally drawn to humans because it’s the path of least resistance to food, water, and shelter. Make these harder to get and they’ll leave on their own.

Most pest mammals will eat almost anything, so start by firmly securing any trash or compost bin. Use “animal-proof” containers and be sure to regularly remove rubbish, especially scraps of food. Bring in any dog or cat food you might leave out during the day and ensure your pets stay inside after dark—you don’t want them to become food themselves. If you have food sources you can’t bring in, such as bird feeders, hang them high enough so that they’re difficult to reach from the ground or a branch.

Now they’re hungry—let’s make them thirsty too. Remove any sources of water you can find by clearing drains and gutters, removing sources of standing water, tightening spigots and plugging leaks. If there are natural features such as creeks and ponds near your house, use fencing to create “alleyways” that allow creatures access to water without giving them access to your porch.

Without food or water, your property isn’t going to be prime real estate, but you can add an extra layer of protection by blocking any nooks and crannies around your home with wire mesh or other materials. Make sure attics, outbuildings, the space under your porch, and other potentially dry places are sealed off. Dead trees and underbrush, which are the traditional homes of many animals, should also be removed.

And if you’re making it hard for wild animals to live with you, it’s only fair to make it a bit easier for them to live elsewhere. Encourage your city to build safe shelters for animals away from people and in natural spaces such as preserves and parks. In these areas, work to ensure there’s fresh water, plenty of native plants and other animals to preserve local food webs. Creating friendly spaces for animals helps preserve local ecosystems and keeps critters from rummaging through the trash, a win for all involved.

How can I safely remove raccoons, possums, and other pests?

Shooting or otherwise killing these pests should be a very last resort. You’ll disrupt the ecosystem, for one, and generally killing is reserved for animals that are dangerous to people or injured beyond the point of survival in the wild. If possible, call animal control, who are trained to deal with a variety of animals.

If that’s not an option, consider humane traps, which cage instead of kill. Before buying a trap, check your state and local laws. Some states ban the practice of trapping and releasing entirely, while others will let you evict any animal that gets on your nerves.

When trapping, it’s important to have a plan. Releasing it in the woods a few miles away isn’t generally a great idea. Animals may have diseases, they may have offspring near your house, or they may simply find their way back. Make sure you get the right size trap, too; the main body of an animal should be able to fit into the cage before it closes.

Once you have a trap, place it in a quiet area near a food or water source and close to a “guide” such as a fence or railing. Animals will tend to follow landmarks, natural or otherwise, and will go straight to your trap. When you bait the trap, put it far enough from the door that an animal can’t block the mechanism while chowing down.

RELATED: These bird feeders won’t get raided by squirrels

Check your trap frequently—nothing wants to be locked up without food or water for very long. When handling a cage that contains a trapped animal, wear tough, tear-proof gloves and keep your evictee relaxed by humming, speaking softly or making other gentle noises. And while covering the trap with a blanket or sheet can keep a critter relatively calm, they’ll still be upset and defensive, so plan for anger, or in the case of skunks, a stinky attack.

We all have to live with nature, but that doesn’t mean we have to put up with bad neighbors. Remember, in the end, animals are better off away from us just as much as we’re better away from them.