You just won’t bay leaf it. 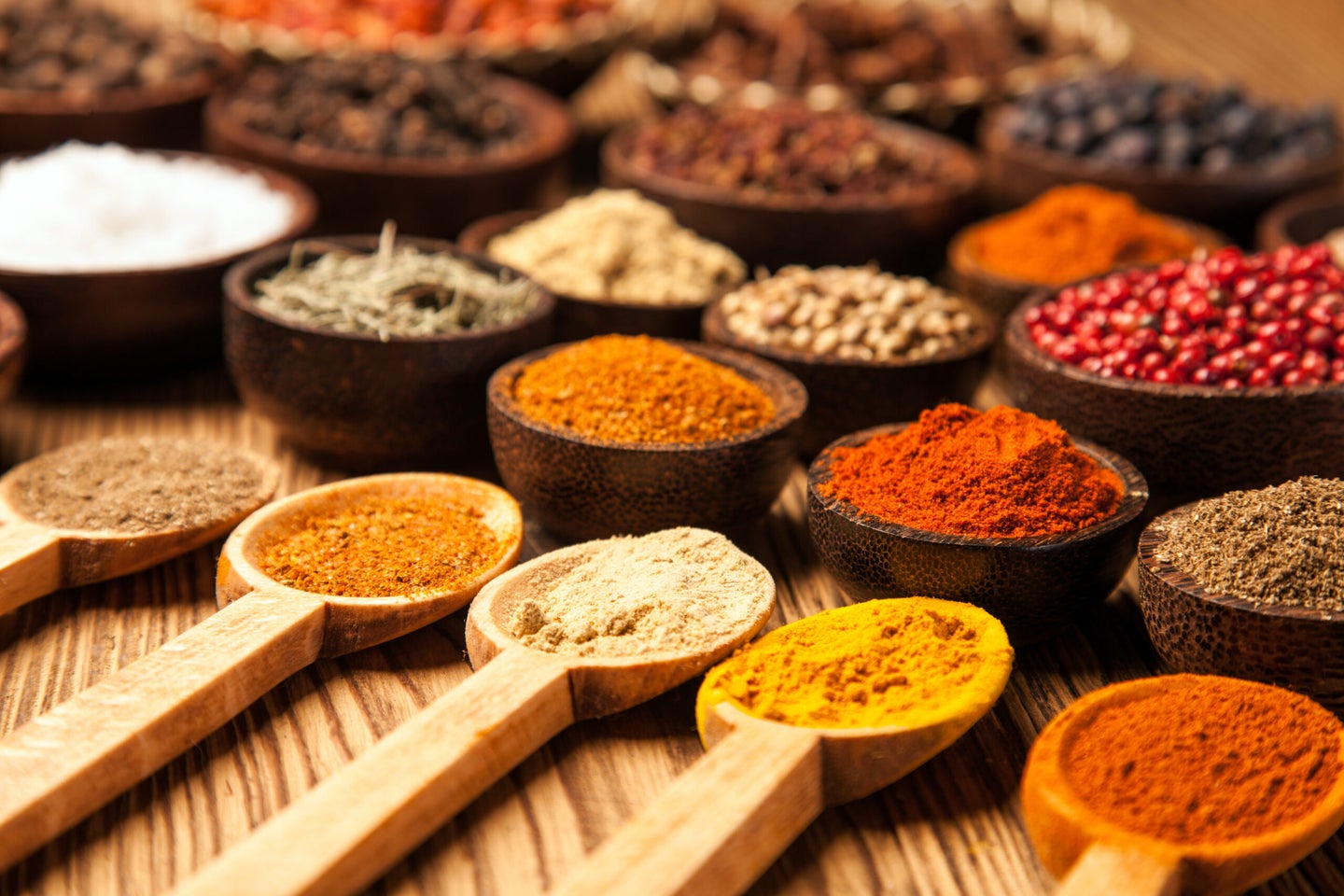 Spices have been giving our lives pizazz for millennia: Ancient Egyptians used cinnamon to embalm bodies, Mesopotamians cultivated cardamom and garlic in their gardens, Dutch colonists hoarded cloves and nutmeg from Southeast Asia, and Ina Garten taught her loyal viewers about “good vanilla.”

But these powders, seeds, roots, and fruits have to start somewhere—and their plants of origin can be unrecognizable. Here are ten of the most surprising seasoning shrubs.

As the red stigma of a purple flower that turns dishes yellow, saffron always keeps you guessing. One of the most expensive and precious spices in the world, it’s believed to have been initially cultivated in Greece, though today it’s also grown in the Middle East and India. The spice is derived from a flower called the saffron crocus, which produces just three saffron threads. The flower only blooms for one week a year, and the threads must be harvested by hand. With that comes a high price tag—a pound of the good stuff can set you back nearly $2000.

Black pepper doesn’t start black—in fact, it turns from green to red before it’s even picked. A tropical plant native to India, peppercorn is thought to be one of the world’s oldest spices. Individual peppercorns are picked when they’re at their most red (and most mature) and boiled—that’s what turns them dark. They’re then dried and ground.

Another plant native to India, cardamom is part of the ginger family. It grows in tall shoots and sports white and purple flowers. The plant’s fruit contains hard, brownish-black seeds, which are dried and cured to produce the spice. While it’s popular in South Asia, cardamom happens to be a staple in many Scandinavian dishes—Norway consumes 30 times the amount of cardamom as the average country. Culinary archaeologists think they may have the Moors to thank for that.

Turmeric may not be as pricy as saffron, but it looks like pure gold. A cousin of ginger (the resemblance is uncanny), it grows in the monsoon forests of southern India and Indonesia, and it’s used in everything from cooking to medicine to dye (its golden hue makes it a popular coloring agent for yellow mustard). The spice is harvested from a bulb-like part of the plant called a rhizome, which is boiled and dried. Turmeric also has a variety of medical uses: anti-inflammatory and antioxidant properties might help with arthritis and digestive issues. But it will still definitely stain your hands yellow.

Apple’s best friend comes from an evergreen tree (specifically, a type of laurel), native to Myannmar, Sri Lanka, and India, which can grow up to 45 feet tall. At one point, cinnamon was more valuable than gold and was the Dutch East India Company’s most profitable spice. While the tree has leaves, flowers, and fruits, the spice actually comes from its incredibly fragrant bark. Harvesters use scythe-like tools to peel it off, rolling it up and drying it out to make cinnamon sticks.

A staple of Mexican fajitas and Asian curry powders, cumin is native to the Mediterranean Levant and is considered the second most popular spice in the world after pepper. The member of the parsley family has delicate stems and small flower clusters, and it produces a fruit that looks very similar to a caraway seed. In addition to a rich flavor profile, cumin is known for its anti-flatulent properties—unlike beans, the more you eat, the less you toot.

One of the most iconic-looking spices, this star-shaped fruit is a member of the magnolia family and native to southern China and Vietnam. Known for its intense licorice flavor, star anise is a staple in classic recipes like pho and marbled eggs. The fruits are harvested just before maturity and sun-dried. While containing a similar flavor profile to aniseed, a popular ingredient in many European foods and liquors, star anise is decidedly more celestial.

Contrary to what the name suggests, allspice is actually just one spice, though it’s named for tasting like a mix of cinnamon, clove, and nutmeg. It’s native to the Caribbean and Central America and is a popular ingredient in Caribbean cooking. Another tropical evergreen tree reaching heights of up to 30 feet, the spice itself comes from small berries, picked before maturity and dried. The process turns them from green to reddish brown.

Not to be confused with a clove of garlic, this dried flower of the Syzygium aromaticum tropical evergreen tree—indigenous to Indonesia—also has a spicy history. In the 17th century, Dutch colonizers eradicated the plant on all but two islands in order to keep prices high. But more than 100 years later, French traders smuggled cloves to islands throughout the Indian Ocean and the Western Hemisphere. The island of Zanzibar off the western coast of Tanzania is now the world’s largest clove producer.

This one embarks on quite a journey to end up in a pumpkin spice latte. The Dutch also tried (and failed) to monopolize Indonesia’s nutmeg in the 17th century—today, it’s also cultivated in the Caribbean. The tree, which grows up to 65 feet tall, produces an apricot-like fruit that splits open when fully mature. This exposes the seed, surrounded by a red, fleshy aril. The aril is removed and dried to produce mace, while the brown seed sits in the sun for six to eight weeks. Once the kernels inside shrink inward from the shell to the point where they rattle when you shake the seed, the shell is broken, and nutmeg finally sees the light of day.