NASA is using space lasers to measure trees on Earth

The new system onboard the International Space Station will help scientists gauge how much carbon is stored in forests. 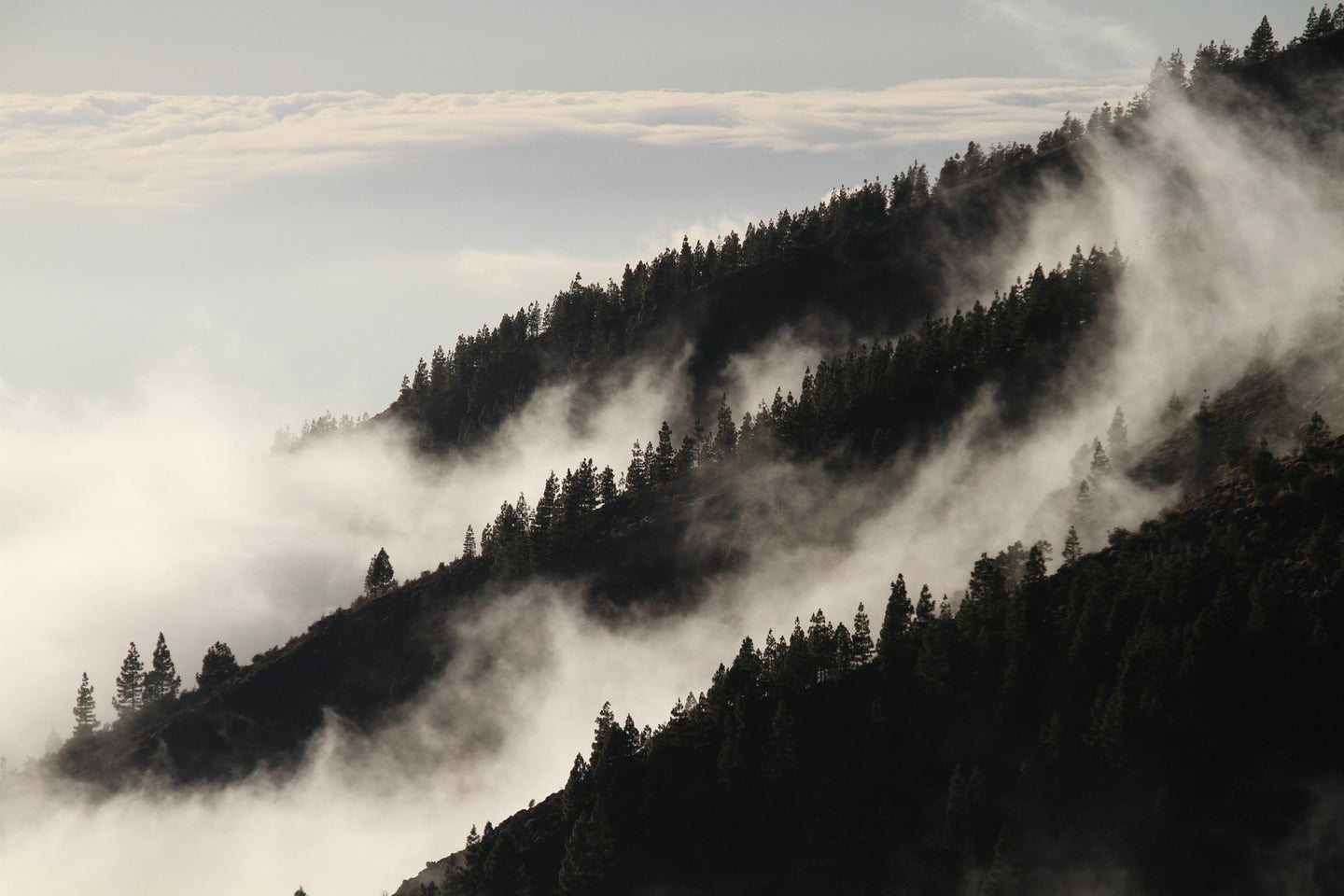 NASA scientists will use lasers from space to help measure the amount of carbon stored in forests. Pixabay
SHARE

There are a couple of ways to study forests. Scientists can work on the ground, in nature, detailing the size and shape of trees. As of late, they can also outsource their research to space, using a laser imaging system that is 250 miles above the Earth and traveling more than 17,000 miles per hour to calculate the size and shape of individual trees. The latter method provides highly refined measurements and — best of all for the scientists — there are no mosquitoes.

The field work can be grueling. “The first summer was a heat wave in northern Ontario, and the mosquitoes were atrocious,” said Laura Duncanson, assistant professor of geographical sciences at the University of Maryland, laughing as she recalled her early days in the field as an undergraduate. “We were measuring the stem diameters of tons of spiky little spruce trees, and I was covered in insect bites, sweat, and scratches.”

Today, she and Ralph Dubayah, a professor of geographical sciences at the university, along with scientists at NASA, are using sophisticated new technology mounted on the International Space Station that will help researchers make the first three-dimensional map of the world’s temperate and tropical forests. The Global Ecosystem Dynamics Investigation, or GEDI (pronounced “Jedi”), will provide 3D images of forests.

Forests soak up planet-heating carbon dioxide that has been released into the atmosphere by the burning of fossil fuels. Left alone, forests absorb huge volumes of carbon dioxide. But when people burn trees to clear land for farming or other projects, the process sends large amounts of carbon dioxide back into the air. It’s unclear precisely how much carbon is stored in forests, so it is difficult to judge the effect of protecting or regrowing forests. GEDI aims to fill in the gap.

“If you were to design robots to help fight against climate change, the best robot I could think of would suck CO2 out of the atmosphere and store it somewhere, thus diminishing the impact of CO2 emissions from fossil fuels,” Duncanson said. “I would want these robots to be low cost to produce and maintain, and be able to thrive for a long time anywhere on the planet in mass numbers. Trees are already better than any robots we could design for this. They’ve evolved to optimally grow and amass carbon in their local climates. They reproduce themselves for free. And they exist almost anywhere on the planet. If you leave your backyard alone for long enough, chances are it will become a forest. So these incredible natural carbon sucking machines are already helping us mitigate climate change, yet we’re not curbing deforestation efforts sufficiently.”

GEDI was dispatched to the the International Space Station in December by a resupply mission delayed one day by the infamous “mouse food” incident. “They discovered that food for a mouse experiment was moldy,” said Dubayah, principal investigator for the mission. Even after NASA dealt with the mouse food, it seemed like the mission might not take off.

“The day of the launch was very windy,” Dubayah said. “Up to a few minutes before launch it was still not clear we were going to go. Then, we all counted down, and everyone screamed ‘zero’ — but nothing happened.” After a few tense seconds, the rocket finally ignited. “To watch something you have worked on for over twenty years finally going up into the sky… that was sublime,” he said.

Dubayah explained how GEDI will help scientists study forests. An sophisticated instrument will send laser pulses downward to Earth, where they enter forests under the space station’s orbit. The beams bounce off the first thing they hit — a leaf atop a dense canopy, a protruding branch, or the ground from which the forest arises. The beams that return to the GEDI telescope on the space station provide an elaborate 3D map of the forest. The laser can measure the height of the tree, and can show the density of foliage and branches.

A tall, broad tree stores more carbon than a short one. When dried, trees are roughly half carbon, which would be sent back into the atmosphere if the tree were cut down and burned. While mature forests are important in storing carbon in their trunks, young, rapidly-growing trees can take in atmospheric carbon at a much higher rate.

Thus, measuring forest carbon “is related to how tall the trees are, how big around they are, how many branches there are, how many leaves there are, and how big the roots are,” said Bryan Blair, a GEDI instrument scientist at NASA’s Goddard Space Flight Center and deputy principal investigator. Most important, the data will be consistent.

“If we could measure every tree on Earth in a consistent way, we wouldn’t need GEDI,” Duncanson said. “But obviously we can’t do that.” Not every country invests the same resources into measuring the carbon stored forests, and often measurements made using different methods and are difficult to compare. With GEDI, Duncanson said, “There will be data over every forest type on the planet, so everybody will be able to study their area of interest with this public data.”

Thomas Crowther, an environmental scientist at ETH Zurich and head of the Crowther Lab, said GEDI represents a major breakthrough in the study of forests. “We are at the brink of a new data revolution. This new information is going to transform our understanding of terrestrial ecosystem structure,” he said. “By combining this with ground measurements, we can now refine our understanding of carbon storage on land, and how it is likely to change over the rest of the century.”

Nonetheless, GEDI has its limitations. It won’t be collecting wall-to-wall data like many optical or radar satellites, and it can’t penetrate dense clouds, “so in areas that are perpetually cloudy we will get less data,” Duncanson said. “That said, we’re going to have orders of magnitude more data on 3D forest structure than ever before — we expect [the equivalent of] 10 billion cloud-free observations.” Also, GEDI only can see forests between 50 degrees North and South, corresponding to the limit of space station coverage. So, it will miss boreal forests, though another laser measurement system launched in September will be useful in measuring less dense forests in North America and Europe.

All the data collected by GEDI will be public, so scientists from a variety of disciplines can make use of it. “My personal interests are in forest carbon stock and flux mapping, and understanding structural diversity of forests from an ecological perspective, but others on our team are looking at biodiversity mapping, ecosystem modeling, etc.,” Duncanson said. “I’m working on one project looking at carbon loss from forests in California, and another looking at losses from charcoal production in Mozambique. The range of applications is quite broad.”

It also be useful in topographic mapping, for locating and understanding the ecology of the tallest forests on the planet, “and for unpacking mysteries about how ecosystem structure relates to function and resilience,” she added. “And I’m sure people will use GEDI data for things we haven’t even thought of.”