Climate scientists wanted to understand how their lives are changing. 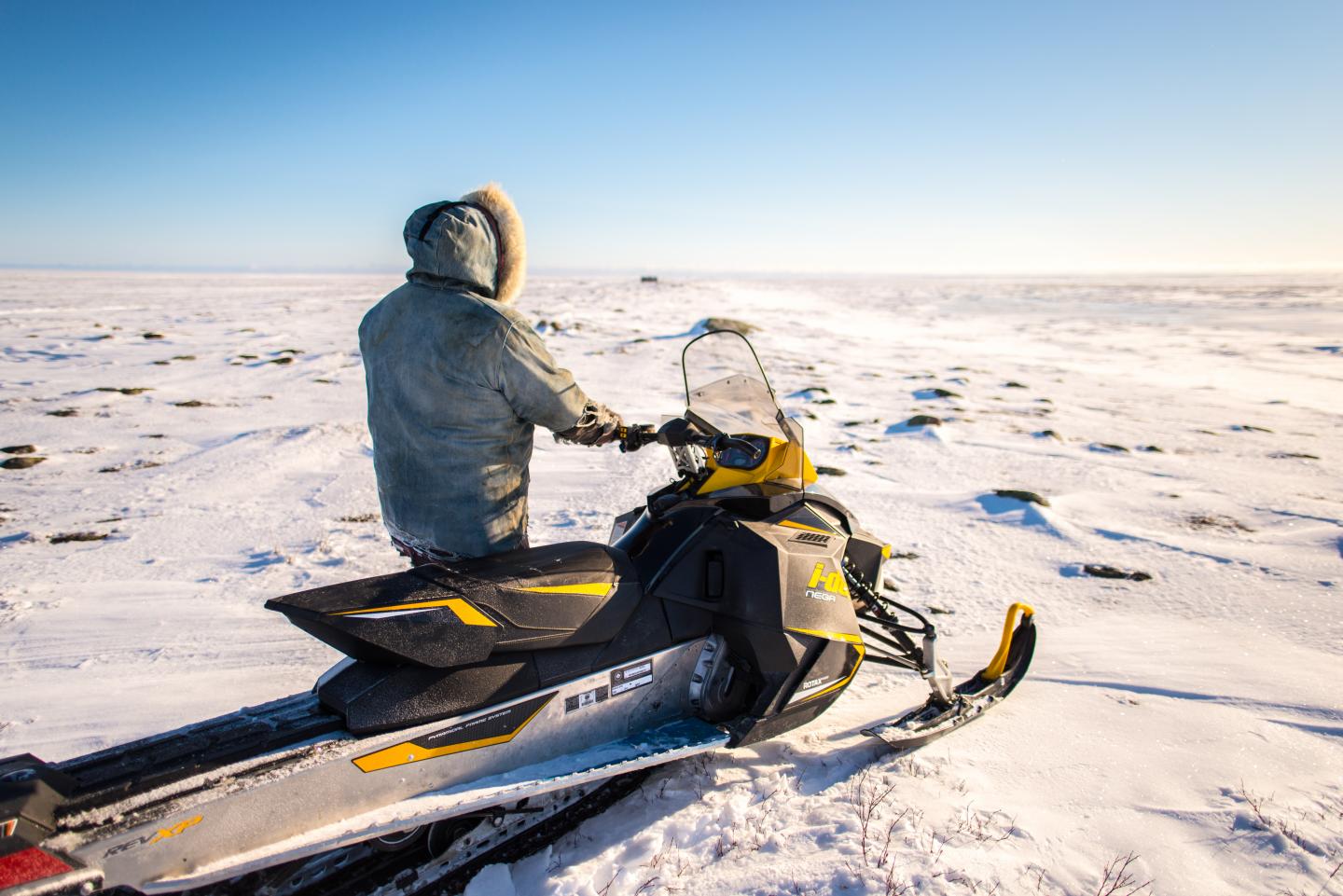 Of the world’s regions, the Arctic is confronting the most dramatic immediate impacts of climate change. However, quantifying what’s happening for the Inuit peoples who live there hasn’t been simple. A study published online today in Nature Climate Change offers new empirical insight into the impacts of phenomena like sea ice melt on how Arctic residents navigate their home.

This vast region in Canada’s north known as Inuit Nunangat is made up of land, sea ice, and open water. Its residents get around using semi-permanent pathways carved out of the ice and snow. Given how dependent this region is on its wintry conditions, warming is an obvious problem, but its actual impacts on the Inuit are poorly understood. Rather than starting out with climate studies, the coalition of researchers from the United Kingdom, Australia and Canada behind the new paper first asked nine communities in the region how their trail use had changed over the past 30 years.

The trails in question are described in the paper as “unmaintained semi-permanent trails on the sea ice, lakes, rivers, ocean and frozen ground…. which are critically important for travel between settlements, to cultural sites and for practising traditional hunting, fishing and gathering activities.” These trails are essential for the everyday life of people who live in the Inuit Nunangat, and researchers previously thought that the loss of sea ice would negatively impact human access.

But “what we found was really quite surprising,” says climate change adaptation scientist and lead study author James Ford of Leeds University. People were actually getting around more—just by slightly different means. Sea ice trail use did decline significantly, but travel by open water and access to land trails had both gone up.

To conduct the research, they interviewed 273 regular trail users from nine out of the 50 permanent communities in the Inuit Nunangat about how they used the trails, and how that changed over time. The scientists compared the results of those interviews with 30 years of weather records.

They found that even though sea ice coverage has decreased, trail access has only declined by a day or two out of the year in the last three decades. If you look at all three kinds of travel—on land, on sea ice, and on open water—the number of days suitable for travel has actually gone up.

Accessing these trails isn’t quite like driving on a paved road, however: more skilled users, who know how to assess trail safety and know alternate routes, have much better access than others. That gives an advantage to older, more skilled trail users, and points to the importance of passing on those skills.

For some in the communities of the Inuit Nunangat, it already has. Access to new forms of travel is uneven, says Ford. For instance, snowmobiles, a traditional way of getting around, are being superseded in some places by boats. “Boats are expensive,” says Ford, and many Inuit hunters already live near the poverty line. “You’ve got that equity damage,” he says.

The study provides a new framework for using Indigenous knowledge and science together to provide insight on how climate change affects the way people get around. Most work on climate impacts in the Arctic starts from a Western science perspective, Ford says, and if it incorporates indigenous knowledge, it does so as an afterthought. “This kind of work started a different way round,” he says. The add-in of historical weather data after collecting on-the-ground experience is part of what he calls “targeted climate modelling.”

His team hopes to expand the model into the future, modeling what kinds of change would most impact trail access in Inuit Nunangat—and how to cope with it. “It points to opportunities for intervention,” Ford says.