The US will spend billions on non-renewable energy sources over the next five years. 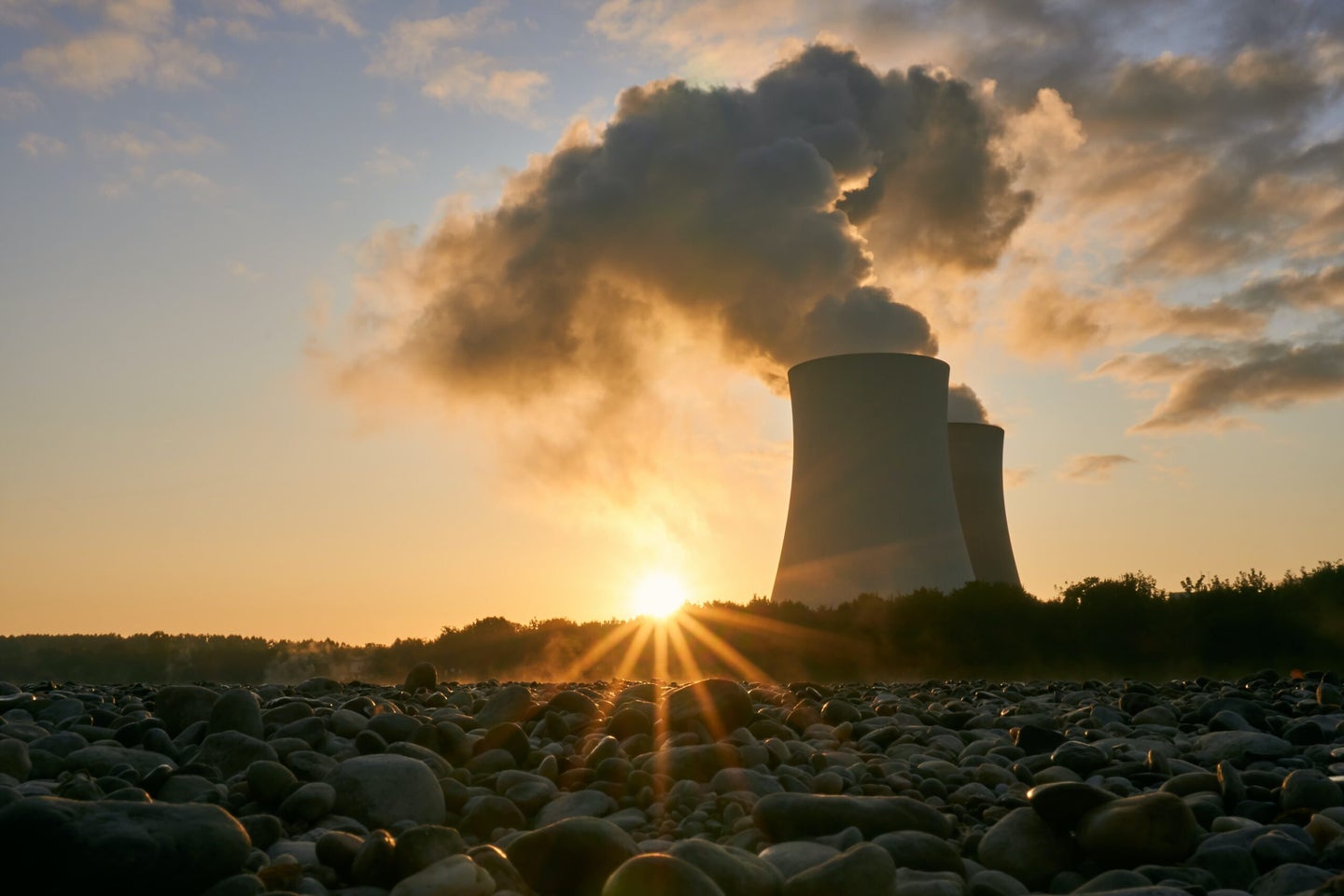 Nuclear has potential to be a carbon-free bridge energy through the new trillion-dollar infrastructure act, but not everyone is on board. Markus Distelrath from Pexels
SHARE

This week President Joe Biden signed into law a massive $1 trillion infrastructure bill, called the Infrastructure Investment and Jobs Act, which puts billions of dollars into energy, climate resilience, and utility-grid updates, as well as measures to clean up pollution, increase access to safe drinking water, and boost electric vehicle charging stations. Still, the bill largely focuses on “traditional” infrastructure, such as roads, bridges, and tunnels, as opposed to the “once in a generation” climate package Biden initially envisioned it as.

[Related: The unsung hero of the infrastructure package: ferries]

While there are some serious wins for the environment and for a clean energy future, experts worry that the vast majority of necessary climate and clean energy policy was shunted to the Build Back Better (BBB) plan, and even so, with compromises attached. A recent report from the Princeton University ZERO Lab shows that by itself, the signed infrastructure package won’t do much to bring down the country’s greenhouse gas emissions. The BBB passed the House of Representatives vote on Friday.

Currently, there’s $400 million set aside for renewable energy research and development in the infrastructure act. “That is nothing,” says Sayanti Mukherjee, an engineering professor at the University of Buffalo. Instead, three of the biggest energy investments went to other energy sources and technologies that could bridge the gap towards a net-zero energy future. Those include hydrogen energy, carbon capture and sequestration, and nuclear energy.

Hydrogen energy will receive nearly $10 billion over the next five years, with $1 billion geared towards lowering the price of “green hydrogen,” which is created through electrolysis using renewable energy, cyanobacteria, or algae and can cost four to six times more to produce than fossil fuel-powered hydrogen. Of the remaining budget, $8 billion will be allocated to establishing four regional “clean hydrogen” hubs, which can be especially useful during disastrous weather or when solar or wind energy isn’t accessible, the AP reports. Another $500 million will be put into research and development for new “clean hydrogen” demonstration projects.

However, some experts are wary of hydrogen, for good reason. “Clean hydrogen” doesn’t always mean zero emissions, and some projects could be a serious source of methane pollution. “Blue hydrogen,” which retrofits gas-powered hydrogen facilities with carbon capture and storage tech, is still a bit of a mystery when it comes to net emissions.

[Related: Methane is the greenhouse gas we can no longer afford to ignore]

“Whenever you extract natural gas, you end up with what we call ‘fugitive emissions.’ These are methane leaks that happen during the process of extracting the gas, processing the gas, transporting the gas,” Fiona Beck, a senior lecturer at Australian National University and an author of a recent paper on emissions and hydrogen production, told Cosmos magazine. “It’s really critical that these are accounted for because methane is a really bad greenhouse gas. It’s worse than carbon dioxide.”

The infrastructure act also earmarks $6 billion for nuclear energy. Nuclear is something that Sarah Jordaan, a John Hopkin University professor who researches environmental and economic trade-offs related to energy decisions, says is absolutely necessary for continuing to lower emissions without falling back on fossil fuels as the country ramps up renewable energy production.

“One thing that I think if people care about climate change, which we know they do, everyone should be very well aware of the fact that prior to this bill … a lot of those [nuclear’ plants were facing relatively imminent shut downs for economic and other reasons,” she says. “The fact that they have provisions to keep them in operation in the short term is a very positive thing for the climate, because what would that be replaced with? That’s not very well thought out right now.” An independent energy report from earlier this year estimated that around half of the nuclear plants in the US are set to close by the end of the decade.

Still, some environmentalists and critics cite safety concerns when it comes to storing waste from reactors, and believe economic aid for nuclear power could come at the cost of expanding renewable energy. “Nobody is saying that every reactor needs to close tomorrow, but in situations where the reactors can be replaced safely with renewables and efficiency, that’s the course that should be taken,” Lukas Ross, climate and energy justice program manager at Friends of the Earth, told E&E News.

Beyond that, more than $12 billion will go towards carbon capture and sequestration (CCS) projects. Much of the focus in this infrastructure package, Jordaan says, is on pulling carbon from flue gas after fossil fuels are generated. This is a little strange, she adds, because pre-combustion CCS is a way to reuse that energy for hydrogen. “They didn’t have an emphasis on pre-combustion capture,” she says.

Proponents are excited, nonetheless, at the potential for more resources to get the burgeoning technology off its feet in the US. “When we were founded in 2015, funding was at effectively $0,” Giana Amador, the cofounder of Carbon180, an environmental NGO focused on carbon removal, told NPR. “And now, with this infrastructure bill, we’re seeing billions of dollars allocated to carbon removal solutions.” Currently, carbon capture is still quite expensive at around $600 per ton, according to Science Magazine, and the demand greatly outweighs supply.

However, effectiveness is still a question with CCS; some climate experts say it lets fossil fuel producers off the hook and acts as a “distraction” from more crucial renewable energy and storage technologies.

“Investing in carbon capture delays the needed transition away from fossil fuels and other combustible energy sources, and poses significant new environmental, health, and safety risks, particularly to Black, Brown, and Indigenous communities already overburdened by industrial pollution, dispossession, and the impacts of climate change,” hundreds of environmental leaders wrote in an open letter to President Biden this summer.

The Infrastructure Investment and Jobs Act does make a few bold moves in the energy arena. But if the US wants to take meaningful steps towards the COP26 goals set by both Biden and the global community, its policies need to focus more on renewable energy infrastructure and adaptation in a changing world. “Congress must finish the job by passing the climate investments in the Build Back Better Act immediately to help meet climate challenges, safeguard competitiveness in the transition to a clean energy economy, and ensure that more people can participate fully in the economy,” World Resources Institute’s Christina DeConcini and Jillian Neuberger wrote in a statement. “The passage of both these bills will be the most significant action ever by the US Congress on climate change.”