The CDC is urging pregnant people to get COVID-19 vaccines. Here’s how we know it’s safe.

Months of evidence show the shots are safe for those who are pregnant or considering pregnancy. 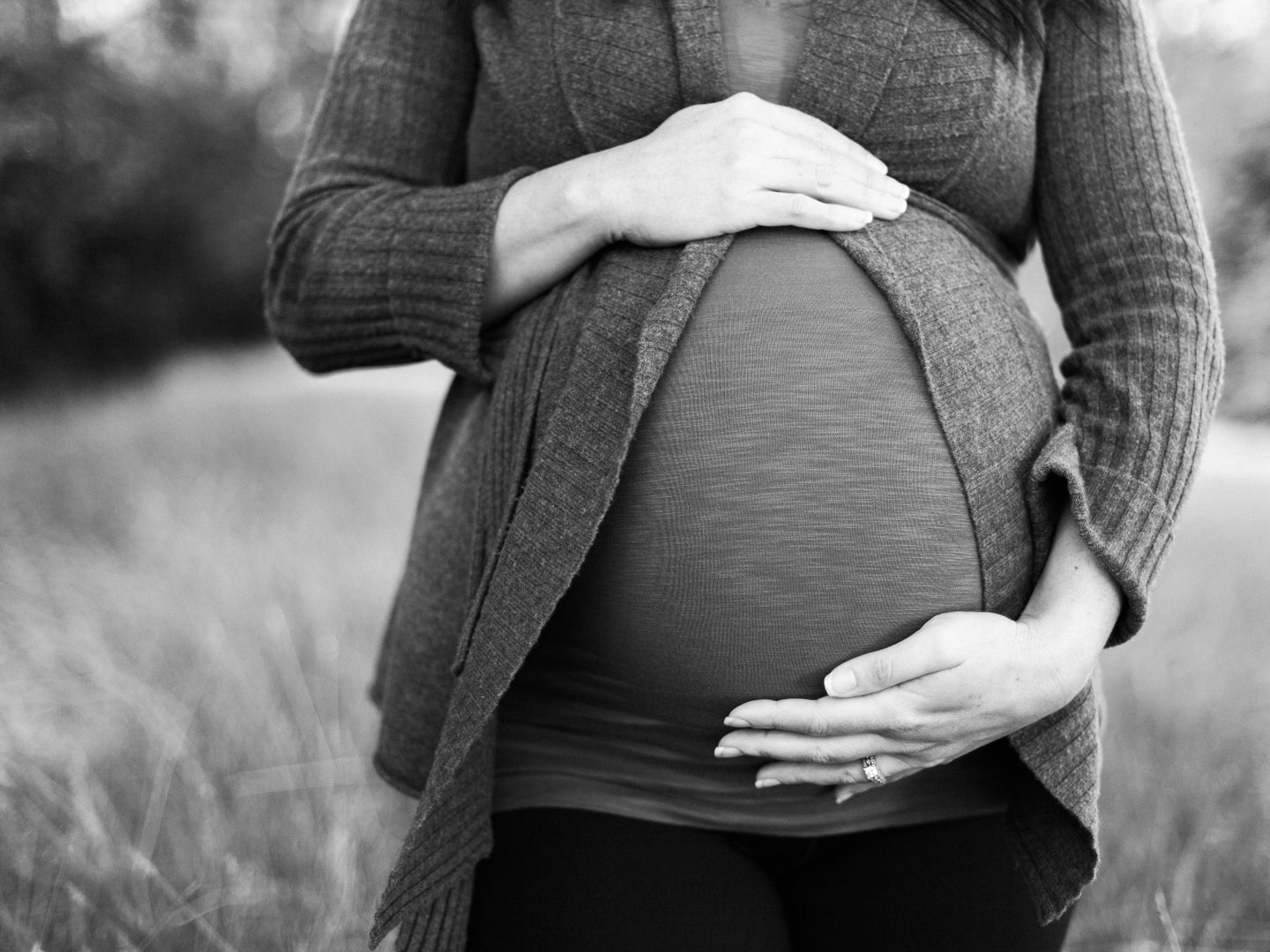 Pregnant people are especially vulnerable to the novel coronavirus, and the ongoing and ferocious spread of the highly contagious delta variant has highlighted just how crucial it is to get immunized. Unsplash
SHARE

This story has been updated. It was originally published on September 3, 2021.

In August, the Centers for Disease Control and Prevention urged all people who are pregnant, breastfeeding, or considering pregnancy to get vaccinated against COVID-19. The updated recommendations were based on a new analysis, the agency said, which had followed thousands of vaccinated participants through pregnancy. According to new data released this week by the CDC, there appeared to be a spike in deaths among pregnant people in the months of August and September, as the Delta variant was sweeping across the country. Now, as the Omicron variant continues to spread, the CDC is concerned about pregnant people who are still unvaccinated.

Pregnant people are especially vulnerable to the novel coronavirus, and the ongoing and ferocious spread of the highly contagious Delta variant has highlighted just how crucial it is to get immunized. According to the recent CDC report, nearly half the deaths among pregnant people since the start of the pandemic occurred in the month of August. The number of pregnant people who contracted COVID-19 also increased drastically in August of 2021.

COVID-19 poses an increased risk for pregnant people. Data collected by the CDC since the start of the pandemic and updated as recently as December 3, 2021, shows that infection with the virus increases the risk of both stillbirth and preterm birth. Through the early months of the vaccine’s rollout in the United States, though, some unvaccinated people have remained uncertain over concerns that the shots could lead to infertility.

“That’s a big reason why a lot of individuals are hesitant to take it if they’re thinking about becoming pregnant,” says Marc Incerpi, chief of the Division of Maternal-Fetal Medicine with Keck Medicine of USC in Los Angeles. Fortunately, he emphasizes, researchers and physicians have found no evidence that the vaccines impact a person’s ability to conceive or have a healthy pregnancy.

“Now there’s a fair amount of data that shows that these things really are just myths,” says Richard Beigi, president of the UPMC Magee-Womens Hospital in Pittsburgh. “The bottom line is that there is absolutely no link at all whatsoever, either theoretical at this point or in reality, with any impact on fertility.”

The misconception that COVID-19 vaccines harm female fertility has been fed by several sources. When the majority of Americans were getting vaccinated back in the spring, some people reported irregular or heavy periods after their shots. Researchers have been looking into the possibility that the vaccines might temporarily disrupt the menstrual cycle, but these changes, if there were any, would be short-lived and wouldn’t affect a person’s fertility.

[Related: Vaccination cuts the risk of long COVID in half]

Another piece of misinformation is likely connected to a letter sent by two anti-vaccine advocates to the European Medicines Agency back in December. The myth claims that the vaccines would cause the body to generate antibodies that would mistakenly attack a placental protein called syncytin-1 because of its resemblance to the spike-shaped protein on the surface of the novel coronavirus. However, the two proteins share only small bits of genetic code, Jill Foster, a pediatric infectious disease specialist at the University of Minnesota in Minneapolis, told WebMD in January. Foster likened the proteins to two phone numbers that both happen to contain the number seven. Even if syncytin-1 really were similar to the coronavirus spike protein, then it should be vulnerable to antibodies produced by unvaccinated people who’d caught COVID-19. “You would think that [these] antibodies would also cause issues with infertility, and we just haven’t seen that,” Incerpi says.

Furthermore, in experiments where scientists exposed samples of antibodies formed after infection or vaccination to the syncytin-1 protein, there was no detectable reaction.

For its August 2021 report, the CDC analyzed data from its v-safe COVID-19 Vaccine Pregnancy Registry, which includes participants who were vaccinated against COVID-19 shortly before or during pregnancy. The agency found no increase in the risk of miscarriages among nearly 2,500 expectant women who received an mRNA vaccine before 20 weeks of pregnancy.

Last month, the American College of Obstetricians and Gynecologists (ACOG), the Society for Maternal-Fetal Medicine, and other preeminent medical organizations also released a joint statement strongly encouraging pregnant people, as well as those who were recently pregnant or planning to become so, to get vaccinated. The COVID-19 vaccines have no impact on fertility, the statement said.

Meanwhile, Beigi and his colleagues are currently working on a study to “accumulate even more data” by tracking vaccinated women during and after their pregnancies. The team hopes to have preliminary results by the end of the year.

“But the available data at this point is very reassuring,” Beigi says. “That’s why both ACOG and the CDC felt comfortable going from a passive recommendation to an active recommendation for [vaccination during] pregnancy.”

As the delta variant has taken hold over the last few months, Incerpi says, “Pregnant women are getting it at higher numbers, and they’re getting sicker.” For pregnant people who do remain unvaccinated, he says, “It’s really important that they still practice the social distancing, the mask wearing, and all those other things that we know help mitigate the spread of infection.”

In addition to protecting pregnant people from becoming seriously ill, the COVID-19 vaccine may also come with another benefit. Researchers have found antibodies to COVID-19 in umbilical cord blood from pregnant people who received an mRNA vaccine.

“This means COVID-19 vaccination during pregnancy might help protect babies against COVID-19,” the CDC has said. “More data are needed to determine how these antibodies, similar to those produced with other vaccines, may provide protection to the baby.”

It’s not entirely surprising that the myth that COVID-19 vaccines harm fertility has taken off.

“Reproduction is a very sensitive issue for so many people,” Beigi says. “If you want to sow doubt, pick something that people are already…sensitive about.”

Some people may also be wary because women’s health concerns often haven’t been taken seriously throughout history, he acknowledges. “I think it’s kind of a deeper issue than what it looks like at face value,” Beigi says.

Others have voiced concerns that there hasn’t been enough long-term data on the vaccines, Incerpi says. It’s normal for researchers to continue monitoring the safety and efficacy of vaccines after they are approved. However, “there really is no plausible reason to expect that there would be an adverse outcome years down the road,” Incerpi says.

The novel coronavirus, on the other hand, poses an immediate danger. Last week, the number of people in the United States hospitalized with COVID-19 reached a daily average of 100,000 for the first time since January, causing ICU beds to run out in many locations.

Meanwhile, the pace of vaccination has started to accelerate in the United States, the Washington Post reported this week. Millions more people got a first COVID-19 vaccine dose in August compared with July.