COVID-19 doesn’t have to jump from mother to newborn

With proper precautions, COVID-19 transmission from mother to newborn baby is low. 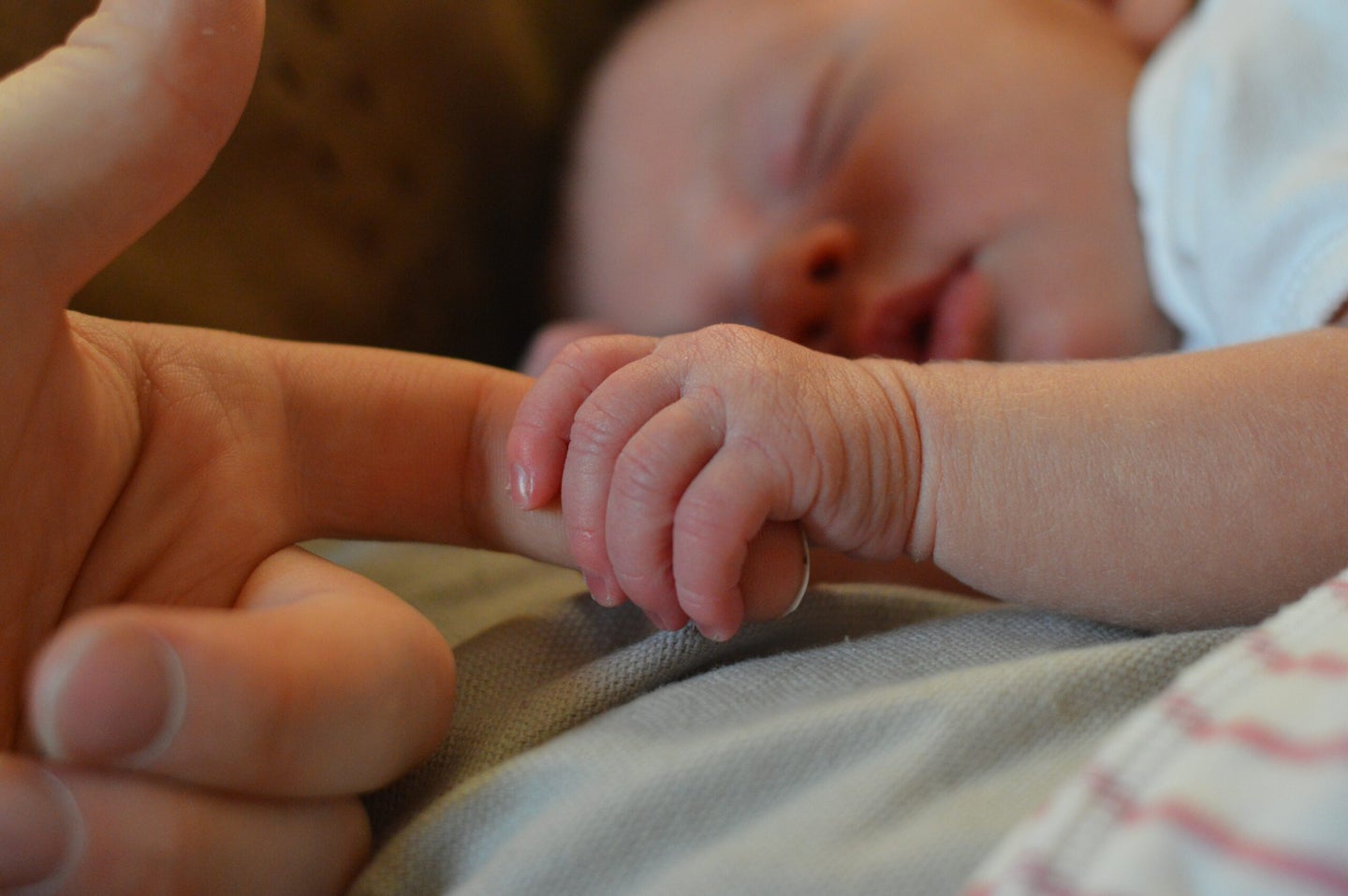 During one of the worst periods in New York City’s COVID-19 wave when precautions were observed, babies were unlikely to catch the virus from their birth parent. Pexels
SHARE

When the COVID-19 pandemic began earlier this year, the American Association of Pediatrics and several other organizations recommended that hospitals separate birth parents who were positive for COVID-19 and their newborn babies. “While difficult, temporary separation minimizes the risk of postnatal infant infection from maternal respiratory secretions,” the AAP wrote in its interim recommendations in early April.

They were concerned that the babies, with their still-forming immune systems, would be especially vulnerable to the disease. But according to new data, the chances of mothers infecting their newborns might not be as high as researchers once thought. In a study out this week in JAMA Pediatrics, a group of doctors including pediatricians, obstetricians, and pathologists found that during one of the worst periods in New York City’s COVID-19 wave when precautions were observed, babies were unlikely to catch the virus from their birth parent.

“New York, you know, our real estate is very compact,” says study author Cynthia Gyamfi-Bannerman, who is a doctor of obstetrics and gynecology at Columbia University Medical Center. That’s true for hospitals as well as apartments, she says, and following early guidelines on separation “just wasn’t feasible.”

Gyamfi-Bannerman and her colleagues closely tracked the first 101 babies born to COVID-19 positive mothers in two New York City hospitals between March 13 and April 24, 2020. They were trying to establish the best practices for future similar cases. This study followed mothers and their newborns during their hospital stay and then followed up with about half the newborns in the first two weeks of their life. There have been no studies to date on the pregnancies of COVID-19 positive transgender men or nonbinary people.

With the exception of a few babies who were admitted to the Intensive Care Unit for reasons unrelated to COVID-19, most babies roomed with their mothers in cribs at least six feet away from the bed. Mothers were encouraged to breastfeed and cuddle their babies, but also to wear masks and wash hands and breasts with soap and water before feeding or touching. Only two of the babies involved in the study tested positive for COVID-19, and neither had symptoms.

Although this study was relatively small, says Gyamfi-Bannerman, it suggests that “the risk of transmission is possible but very, very low.”

In the months since this research was conducted, guidance around newborns and their birth parents has shifted as public health experts and physicians gleaned a better understanding of how COVID-19 spreads. The AAP’s updated guidance, for instance, concludes that as long as safety measures, like those taken in this study such as distancing during rooming including   having mothers wear masks when interacting with their baby, are followed, the risk is low.

This new paper lends further weight to those revised guidelines, says Alison Cahill, a maternal-fetal medicine specialist at the University of Texas at Austin. Cahill was not involved in the study. “With really good hand hygiene and mask wearing and all of the other types of principles that we think about, in fact the transmission to babies seems to be low,” she says.

That’s good news for new parents and their children, but there’s still a lot to know about how COVID-19 affects babies and their birth parents. That work is ongoing, both Cahill and Gyamfi-Bannerman agree, and scientists will likely know more in the coming year.