Bacteria can change inside of us to beat antibiotics

New evidence reveals that sneaky cells allow diseases like UTIs to flare up over and over again. 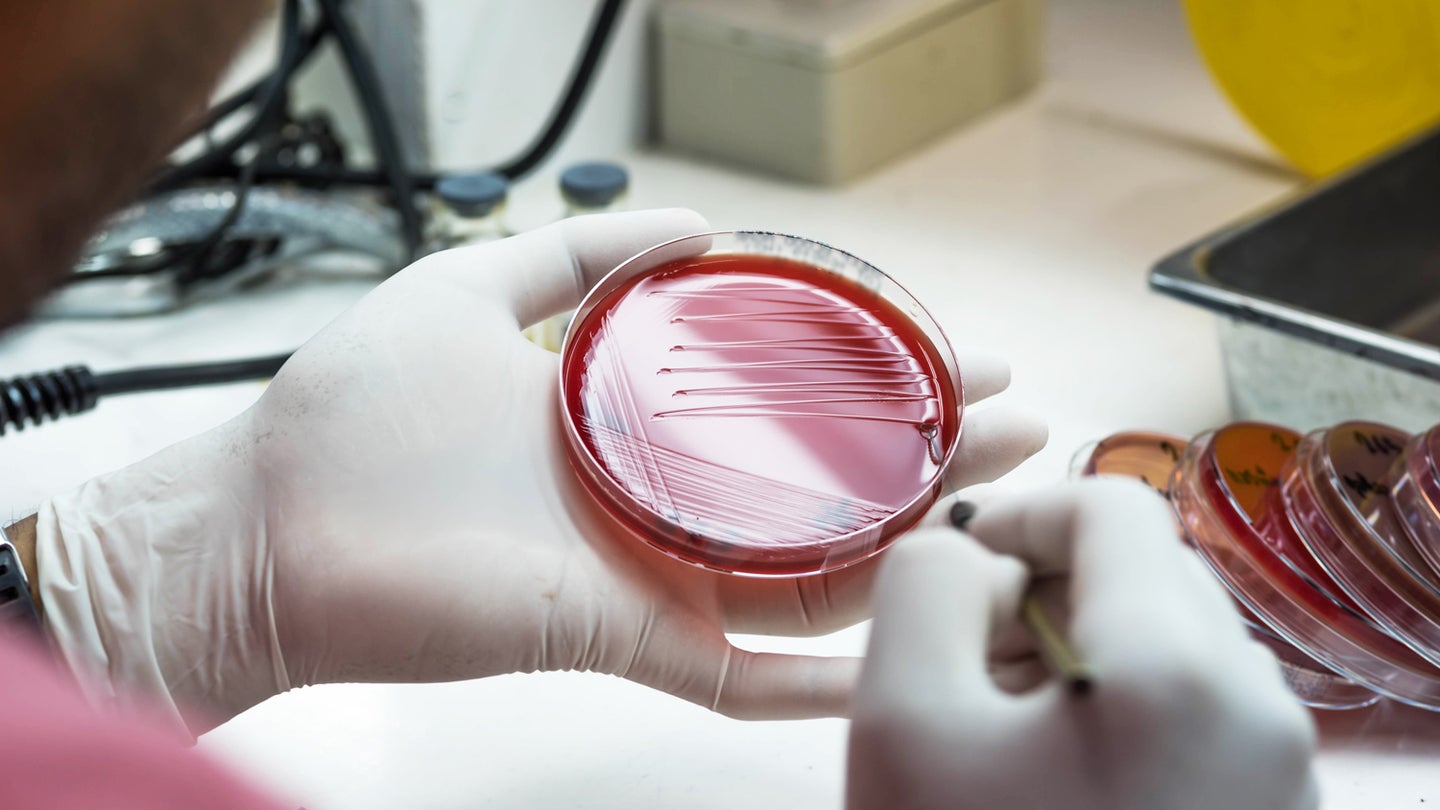 Widespread antibiotic use is largely to blame for the emergence of antibiotic resistant bacteria, which is currently one of the biggest threats to global health. Not only does antibiotic resistance already cause an estimated 700,000 deaths a year, it’s also made numerous infections, including pneumonia, tuberculosis, and gonorrhea, harder to treat. Without knowing how to stop bacteria from developing antibiotic resistance, it’s predicted that preventable diseases could cause 10 million deaths a year by 2050.

Some of the ways that bacteria become resistant to antibiotics is through changes in the bacteria’s genome. For example, bacteria can pump the antibiotics out, or they can break the antibiotics down. They can also stop growing and divide, which makes them difficult to spot for the immune system.

However, our research has focused on another little known method that bacteria use to become antibiotic resistant. We have directly shown that bacteria can “change shape” in the human body to avoid being targeted by antibiotics—a process that requires no genetic tweaks for the bacteria to continue growing.

Virtually all bacteria are surrounded by a structure called the cell wall. The wall is like a thick jacket which protects against environmental stresses and prevents the cell from bursting. It gives bacteria a regular shape (for example, a rod or a sphere) and helps them divide efficiently.

Human cells don’t possess a cell wall (or “jacket”). Because of this, it’s easy for the human immune system to recognize bacteria as an enemy because its cell wall is noticeably different. And, because the cell wall exists in bacteria but not in humans, it’s an excellent target for some of our best and most commonly used antibiotics, such as penicillin. In other words, antibiotics targeting the wall can kill bacteria without harming us.

Regardless, bacteria can occasionally survive without their cell wall. If the surrounding conditions are able to protect the bacteria from bursting, they can turn into so-called “L-forms,” which are bacteria that don’t have a cell wall. These bacteria were discovered in 1935 by Emmy Klieneberger-Nobel, who named them after the Lister Institute where she was working at the time.

In a lab, we often use sugar to create a suitably protective environment. In the human body, this change in form is typically triggered by antibiotics that target the bacteria’s cell wall, or certain immune molecules such as lysozymes, which are present in our tears and helps protect us from bacterial infections.

Bacteria without a cell wall often become fragile and lose their regular shape. However, they also become partially invisible to our immune system and completely resistant to all types of antibiotics that specifically target the cell wall.

Scientists long suspected that L-form switching might contribute to recurrent infections by letting bacteria hide from the immune system and resist the antibiotics. But it was difficult to find evidence for this theory due to the elusive nature of L-forms and lack of appropriate methods to detect them.

Our study, published in Nature Communications, looked specifically at bacterial species associated with recurrent urinary tracts infections (UTIs). It found that many different bacterial species—including E. coli and Enterococcus—can indeed survive as L-forms in the human body. This is something that has never been directly proven before. We were able to detect these sneaky bacteria using fluorescent probes that recognize bacterial DNA.

We tested urine samples from elderly patients with recurrent UTIs by growing them in a petri dish high in sugars. Not only did this environment help protect bacteria from bursting, it also isolated the L-form bacteria that were present in these samples. In a separate experiment, we were able to see the whole process take place in living zebrafish embryos in the presence of antibiotics.

Importantly, our study shows that antibiotics need to be tested in conditions more reflective of the human body. The ones that are currently used in the medical laboratory don’t provide enough protection for delicate L-forms to survive.

Before we can fully understand how important L-form switching is compared to other forms of antibiotic resistance, further research using more patients will be needed. It will also be important to investigate what role L-forms may play in other recurrent infections, such as sepsis or pulmonary infections.

Until now, research into L-forms has been a controversial field, but our hope is that these findings will motivate more of these studies in disease situations. We also hope that these findings will help find a way to clear these sneaky bacteria from our body. Combining cell wall-active antibiotics with ones that would kill L-forms might be one solution for fighting antibiotic resistant infections.

Our battle with bacteria is ongoing. As we come up with new strategies to fight them, they come up with ways to fight back. Our study highlights yet another way that bacteria adapt that we’ll need to take into account in our continuing battle with infectious disease.

Katarzyna Mickiewicz is a research fellow at Newcastle University.