Kids learn faster than adults. This neurotransmitter could explain why.

Differences in GABA concentrations can tell scientists more about why young learners have an advantage. 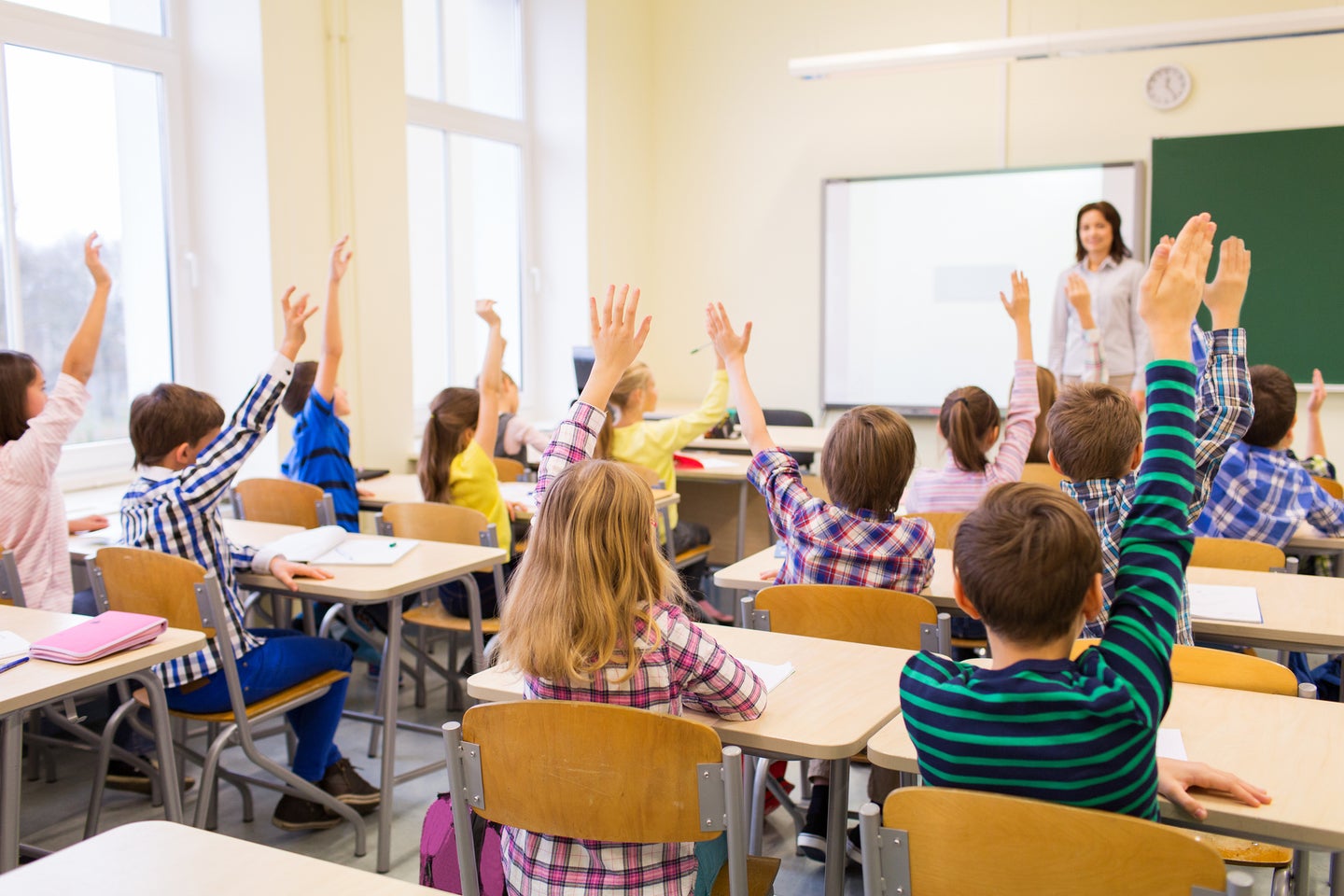 For adults who have struggled with understanding new math homework or marveled at how quickly kids can learn a second language, there is new evidence that shows kids really can learn things much faster than adults.

A study published today in Current Biology finds that children and adults have different concentrations of a key brain messenger called gamma-aminobutyric acid or GABA. This messenger stabilizes newly learned material, which is why it plays a role in how the brain learns new things.

GABA is a neurotransmitter that slows down the brain by blocking specific signals in the body’s central nervous system. According to the Cleveland Clinic, GABA also produces a calming effect and is thought to play a major role in controlling nerve cell hyperactivity associated with anxiety, stress, and fear.

[Related: Kids are onto something: Homework might actually be bad.]

“Our results show that children of elementary school age can learn more items within a given period of time than adults, making learning more efficient in children,” said study co-author Takeo Watanabe of Brown University, in a statement.

Previous studies have examined the role GABA plays on age and learning, but this study’s authors noted that GABA in kids had only been measured at one point in time after an experiment measuring GABA levels and didn’t show any special significance in terms of how the brain learns.

“It is often assumed that children learn more efficiently than adults, although the scientific support for this assumption has, at best, been weak, and, if it is true, the neuronal mechanisms responsible for more efficient learning in children are unclear,” Watanabe said.

The visual learning triggered an increase of GABA in children’s visual cortex, the area of the brain area that processes visual information and the GABA boost also persisted for several minutes after training ended. GABA levels didn’t change at all when adults underwent the same visual tests.

Children participants kept that GABA boost for hours after training ended, while the concentrations of GABA remained consistent in the adults studied.

[Related: How to activate your brain’s ability to learn.]

“In subsequent behavioral experiments, we found that children indeed stabilized new learning much more rapidly than adults, which agrees with the common belief that children outperform adults in their learning abilities,” study co-author Sebastian M. Frank, now at the University of Regensburg, Germany, said in a statement. “Our results therefore point to GABA as a key player in making learning efficient in children.”

These results, the authors argue, should encourage teachers and parents to keep giving children many opportunities learn anything from riding a bike to playing an instrument to learning times tables throughout their childhood.

The findings also may change neuroscientists’ conception of brain maturity in children. It’s possible that this ability to retain GABA levels and rapidly stabilize the new concepts or skills they learn helps kids learn more items within a given period of time and makes learning more efficient.

According to Watanabe, children are in many ways superior visual learners, Watanabe said. “Although children’s brains are not yet fully matured and many of their behavioral and cognitive functions are not as efficient as in adults, children are not, in general, outperformed in their abilities by adults,” he adds.

In future studies, the team plans to explore the differences in maturation rates between brain regions and functions and GABA responses in other types of learning, such as reading and writing.