When It’s Test Time, Girls And Boys Are Equally Scared Of Math

Girls report more stereotype-driven anxiety about math than boys do, but all kids feel about equally bad about actually being in math class. 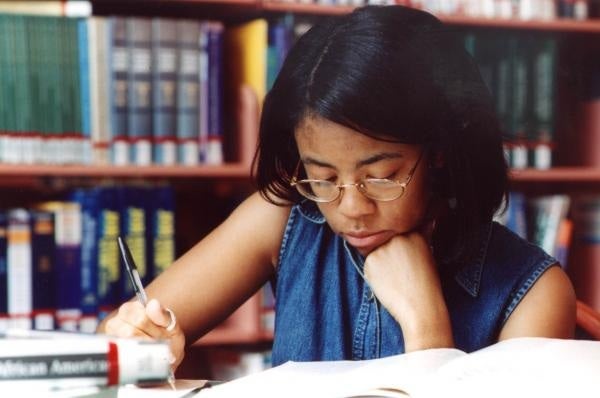 You know how you can worry for weeks before a major test or performance, but once the big day arrives, everything becomes clear and calm? That’s basically what one team of psychologists discovered happens to many girls before math tests and math class.

Lots of studies have shown that girls and women are, on average, more anxious about math than boys and men are. Yet this new study finds that when it comes to showtime, that difference in anxiety vanishes. The finding offers more evidence to support the idea that girls’ anxiety about math is fueled by stereotypes they’ve internalized, according to the research team. That’s because people’s beliefs have a strong effect on what kind of anxieties they habitually feel, which is what researchers usually capture in surveys… but not on the more immediate butterflies/sweaty palms/what-if-I-imagine-everyone-naked-no-that’s-worse feelings they have during a scary event.

The study suggests girls’ anxiety about math is fueled by stereotypes they’ve internalized.So negative stereotypes make girls anxious about math? That sounds pretty obvious to us, especially since many studies have shown that girls do as well as boys, or only slightly worse than boys, on math tests. (And even that difference in performance seems to come down to culture: In countries with less gender equality in academia and politics, girls fare poorer on math tests.) But sure, we get it, in research, it’s important to establish every logical step with evidence.

For this experiment, a team of psychologists and educational researchers from Germany and Canada studied 695 students in Germany, ranging from grade 5 to grade 11. To test in-class anxiety, the researchers gave students PDAs that would ping the students randomly during class and ask them to check in about their feelings.

Like many research teams before them, the German and Canadian psychologists found that girls report being more anxious than boys about math in surveys the scientists handed them. Yet in class and during tests, girls’ anxiety levels were on par with boys’. So it seems it’s not even that girls find math class scarier than boys do; instead, they have habitual anxiety that could be largely culturally driven.

The team is publishing their work in the journal Psychological Science.